What Does it Do ?¶

The original idea was to have a device capable of pointing a camera towards a moving object, similarly to what a Pixio/Pixem or a Soloshot can do. My motivation stems from a desire to film myself practicing some sort of alpine sport outdoors when I am on solo excursions.

A soloshot in its element

As I progressed through the academy, I realised that reaching that end-goal was going to take more time and focus than I had initially anticipated. The complexity in creating a fully contained device with a reliable electro-mechanical system meant that I could only focus on certain aspects. I therefore decided to concentrate on creating a device I would use as a platform to develop the technology required to achieve my initial objective.

My fabacademy project is basically a motor controlled turntable. Because it is motor controlled, by attaching a camera onto its rotating plate, I can control the horizontal orientation of the camera and, theoretically, film a moving object. It basically acts as a pan only camera mount. The device can be operated manually through a phone app developed on the MIT app inventor. Its design is quite modular, allowing for components to be added, removed, or modified quite easily.

In terms of existing products, I mentioned the Soloshot and Pixio. While their designs are proprietary, My global vision was heavily inspired by these products, mainly for their system design. 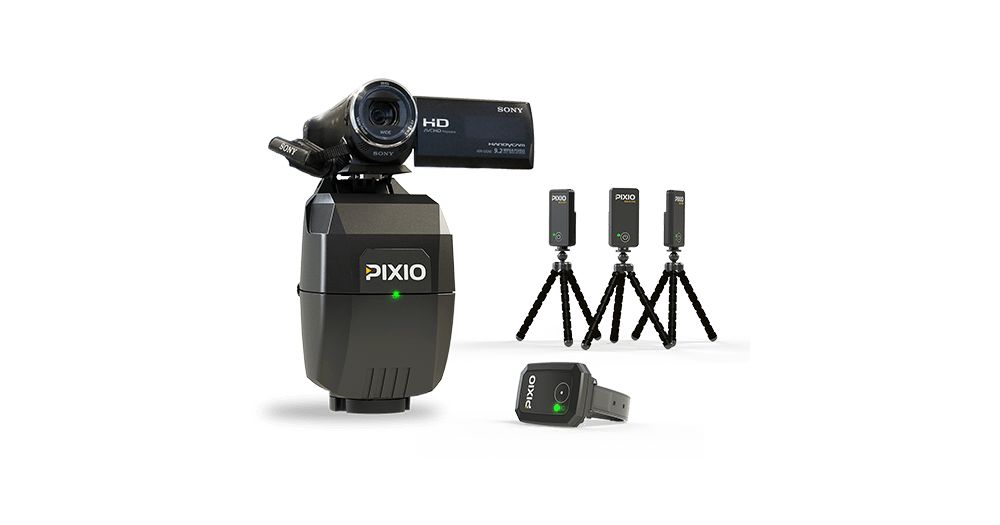 Oleksandr Romanko designed a Pan mechanism for a similar type of project (see his week09 Assignment show below). While I didn’t use any of his design files, I was influenced by the panning mechanism he developed.

What are the Implications ?¶

My final project is intended to be used for sports. The products I mentioned earlier are great but expensive. I aim to propose an open-source alternative which can be developed further by its community of users. Ideally, the base station would reach a stage where it offers both panning and tilting in a smaller package. People would then be able to develop accessories designed for specific activities and environments.

What did You Design ?¶

I developed a fully enclosed device to be used as a camera panning station. I designed the device’s casing, bearing, belt-drive pulleys, and electronics. I also designed an adjustable motor mount for the stepper motor driving the power train. Finally, I designed the PCBs used within.

What parts and systems were made?¶

CNC Milling - For the acrylic components used in the thrust bearing.

How was it evaluated ?¶

Given the time I had, I decided to focus on making the panning mechanism work. At this stage, I am satisfied with the smoothness and low-noise emission of the mechanism. However, the bearing is not reliable as motion is not uniform throughout because the force resisting the movement of the plate increases in certain areas. Furthermore, the wireless control mechanism established is highly reliable, opening the door for the start of the second spiral of development.

What worked ? What didn’t ?¶

What questions were answered ?¶

No. Neil also stated during my presentation that I should have gone for an industrial bearing. It was still nice to try though.

Is WiFi the optimal wireless transmission technology for this system ?

Yes. However, I am planning on trying RF transmission and other alternatives in order to get a global idea of the different technologies.

Will GPS tracking be sufficient for precise tracking

No. I already knew this and Neil also pointed it out. Perhaps adding IMU (Accelerometer & Gyroscope) readings to the system, making these the central tracking components, anchored by GPS readings in a dead-reckoning based tracking system. Nevertheless, I’ll stick to GPS for the time being to develop a pointing algorithmic logic.

What materials and components were used? Where did they come from? How much did they cost?¶

The above table simply summarises the costs incurred for the completion of this project in its current state. Below are detailed lists of the components used.

* Components bought as part of a kit / bundle