The end-goal was to create a system which tracks a moving object through changes in its GPS coordinates.

As detailed in chapter 2 Project Management, the vision for the project was divided into 5 phases. For the academy, I focused on completing the first phase, and perhaps the second if I had enough time. This wasn’t the case as I encountered a couple mechanical and technical issues which slowed down my progress.

Phase 1 focused on designing a base technology on which the rest of the system’s features could be developed. I viewed this as a modular pan only system which can be controlled manually. The base system features a GPS, a compass, a stepper motor, and an ESP32 hosting a WiFi network. Furthermore, a phone app issues manual user commands to the base device through the WiFi network. The below diagram describes the role each of these components in this particular phase.

In this first phase, the companion app is used to send commands to the system over WiFi. When the ESP32 received a command, It moves the motor in the instructed direction. In addition, the GPS module’s readings are used to simply display the base device’s coordinates to the user on the phone app. The functionalities in this phase were kept to the bare minimum as I had anticipated I would have issues with the panning mechanism itself. This simplicity would allow me to assess the system as a mechanical device first, which I viewed as essential to optimise in order to create a reliable development platform.

The second phase would start including and combining GPS and Magnetometer readings to provide the base tracking feature. The GPS coordinates of the base would be compared to those of the user’s tracker (phone), yielding a target heading. The device’s magnetometer, installed in a manner that allows for the camera’s orientation to be measured, would be used to compare the device’s current heading to the target heading in order to determine in what direction and by what distance the motor should be moved to align the camera with the target.

I decided to have two separate boards. One would contain the micro controller and connections to all I/O components. The other would act as the interface for programming, serial communication and power input. Both were to be connected with jumper cables. All boards were milled on an SRM-20 using a combination of 1/64 and 1/32 end-mills. 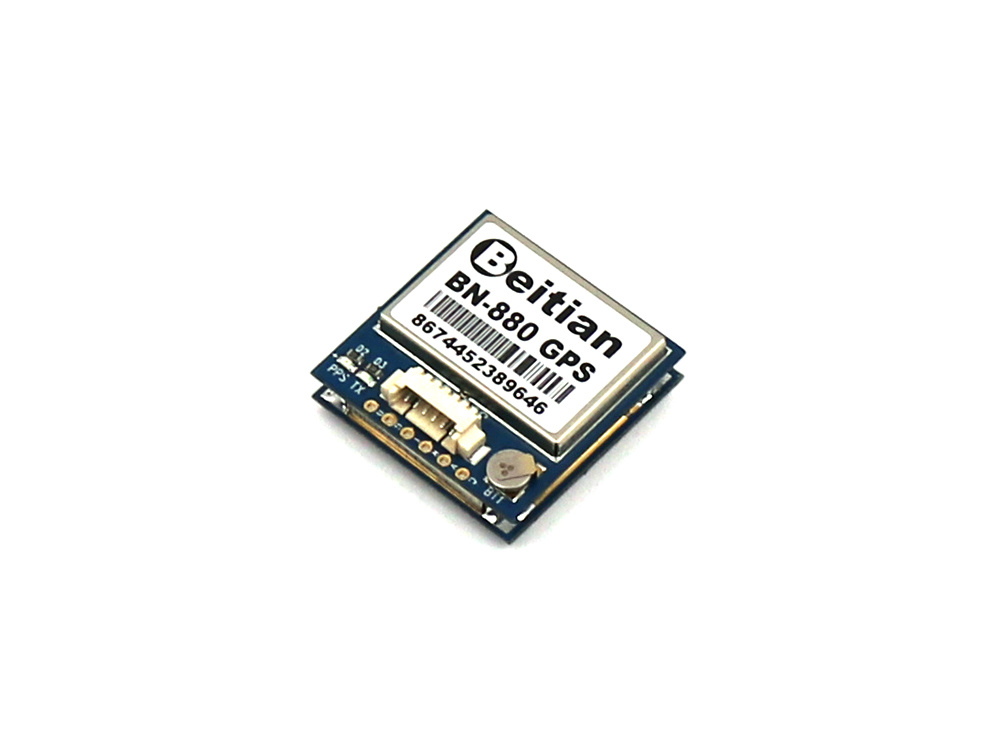 The work I carried out during the Input week details how to interface and work with Beitian’s BN880 module. The difference between that week’s board and the one to be developed for the final project is in the processor used. For the final project, I decided to use an ESP32 which, according to its datasheet (See section 2.3), can be supplied with up to 3.6V at more than 0.5A. For a single power source, the recommended power supply is of 3.3V.

This is an issue as the BN880 module requires a power supply of 5V. Furthermore, I couldn’t simply power the BN880 with 5V and directly connect it to ESP pins as I would have run the risk of damaging them, because the module’s output signals will have a 5V logic level. I therefore used a bi-directional logic level converter (LLC) produced by Sparkfun. The LLC converts signals originating from the bn880 from a 5v to a 3.3V logic level, and vice-versa for signals originating from the ESP and destined to the BN880. 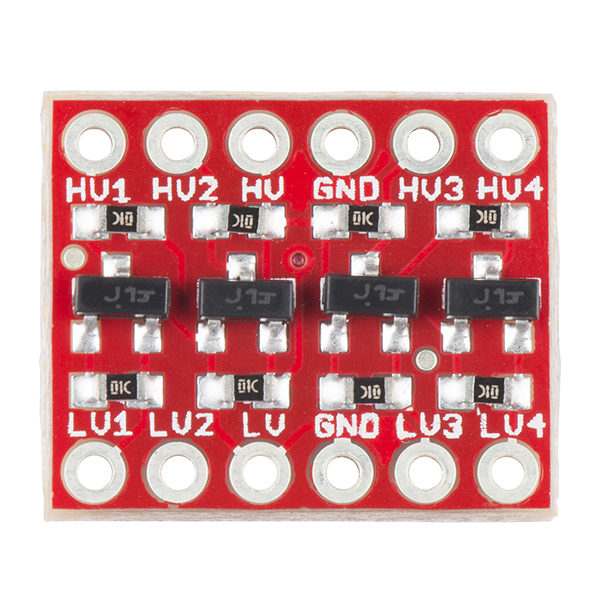 For the power train, I settled on Stepper motors as I had already gained some experience in using them for the machine design week and the output week. The stepper driver I used was the TMC2208 by FYSTEC, which used Trinamic’s TMC2208-LA chip. This driver is capable of up to 1/256 micro-steps and is stealthchop2 compatible. It was selected as drives stepper motors with little to noise emitted, allowing for a silent operation. This is essential for my project as I need to limit the noise emitted by the device to the strict minimum. Its implementation is explained in week12’s documentation page.

The interface board is used to connect to an FTDI interface for programming and serial communication through male headers, and to a power source through a power barrel jack. The power adapter used supplies a DC voltage of 12 Volts at up to 6 Ampers. For the copper boards used, the track width of the tracks connected to the power source had to be set to 2.0 mm in order to ensure a proper dissipation of the heat generated, and avoid having the tracks pop off and eventually break. This value was calculated using the tool on 4pcb.com.

Picture of Interface Board installed On the Bottom Casing

The central board would feature an ESP32 acting as the central control unit, a stepper motor driver and connectors for the GPS/Compass module and the stepper motor. The BN880 module requires 5V of power whereas the ESP32 cannot go above 3.3V. As such, I have used 2 voltage regulators converting the power received from the DC jack to 5V and 3.3V. Furtermore, because the BN880 is supplied with 5 volts, its output signals are also set to 5V, which might damage the ESP32 if connected directly. I therefore used a Logic Level converter which would convert the signals form received from the GPS/Compass module from 5V to 3.3V, and the signals sent by the ESP to the module from 3.3V to 5V.

I had initially tried to mill a double-sided circular board, on which all modifiable components (LLC & Driver) and connectors would be placed on one side, and all permanent components on the other. Both sides would be connected with vias. However, I wasn’t able to properly align both sides during the milling process, causing the tracks to be offset from the holes. I therefore moved to a simpler design as I was running out of time.

Top Layout of Circular Board

Bottom Layout of Circular Board

While less elegant, the one sided design would be much easier to produce. However I had made a mistake while desiging it by forgetting to ad a 2.0 mm wide track from the ground source to the motor driver, causing some 0.4 mm ground tracks to break and forcing me to use jumper wires on the board. Nevertheless, the board was functional in its frankenstein state. I still updated the layout, but wasn’t able to mill a new one in time.

Faulty Layout of Central Board

Corrected Layout of Central Board

And here are the boards installed on the bottom casing.

The companion app was developed on the MIT app inventor. The app inventor is made up of two development modules.

App interfaces are designed in the “Designer” module. Here, layout and desired functional elements can be added and positioned where desired.

The selected motor speed would be displayed to the user above the slider. Below is the resulting app interface.

Programming an app designed on the MIT app inventor is achieved through its “Blocks” module where block based coding of interface elements is used to define the app’s functionality.

The app’s code basically follows the logic of the below flow chart. In short, when the user interacts with either buttons, a value (0, 1 or 2) is sent to an address of the HTML server (http://192.168.4.1/motor_direction) hosted by the base device’s ESP32. Values 1 (Counter-Clockwise) and 2 (clockwise) are sent while one of the buttons is pressed, once at each tick. When the user interacts with the slider, the set speed value is sent to another address of the server (http://192.168.4.1/motor_speed).

The transfer of data from the phone to the board, and vice-versa, is achieved by means of HTML POSTs. An encoded string message is placed at a given HTML address, replacing anything that was there previously.

I’ve spent a considerable amount of time determining how to properly encode the posted data. The arduino program I had written was receiving the data but was unable to decipher it. This was because POST requests are submitted via HTML forms where the type of encoding (or MIME type = media type) needs to be specified (Reference), which I hadn’t done in my previous attempts. This was achieved by adding a ‘content-type’ attribute to the header of the request. In this case, the content type was set to the default “x-www-form-urlencoded”.

The device’s program was developed in Arduino C using the arduino IDE. I used a total of 3 libraries in order to obtain the functionalities I was looking for.

The program has been developed to account for the implementation of future phases. It allows for the user to switch between modes defined as “Auto-Tracking” (GPS based tracking - Phase 2), “Manual Control” (Phase 1) and Manual Positioning (Testing platform for the transition from phase 1 to phase 2). It follows the logic of the flow chart shown below.

The code responsible for delivering the phase 1 functionalities respects the following flow.

Directory - Central Board (All versions)