Note: To view Neil’s screen in your computer -> Neil’s Screencast

Version Control is the management of changes to documents, computer programs, large websites and other collection of information.

There are two types of VCS:

Centralized version control system (CVCS) uses a central server to store all files and enables team collaboration. It works on a single repository to which users can directly access a central server.

Drawbacks: - It is not locally available; meaning you always need to be connected to a network to perform any action. - Since everything is centralized, in any case of the central server getting crashed or corrupted will result in losing the entire data of the project. 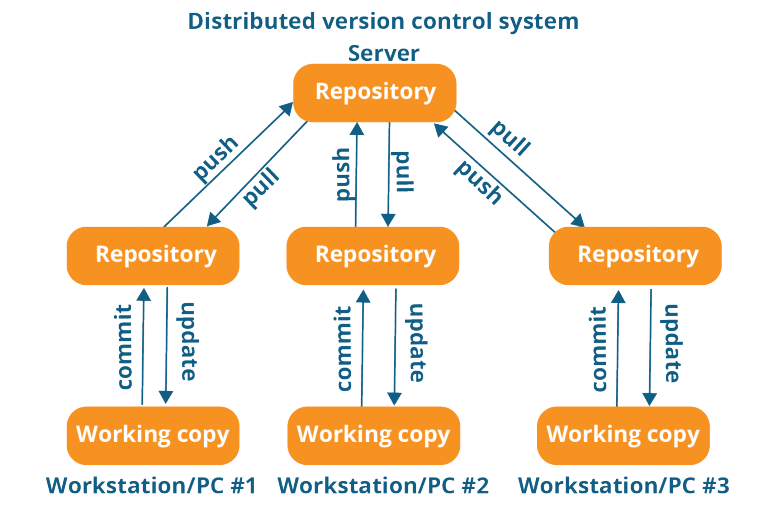 Git is a distributed version control system for tracking changes in source code during software development. It is designed for coordinating work among programmers, but it can be used to track changes in any set of files. Its goals include speed,[9] data integrity,[10] and support for distributed, non-linear workflows.

As a reference, this is a basic structure of the local/remote structure using git. 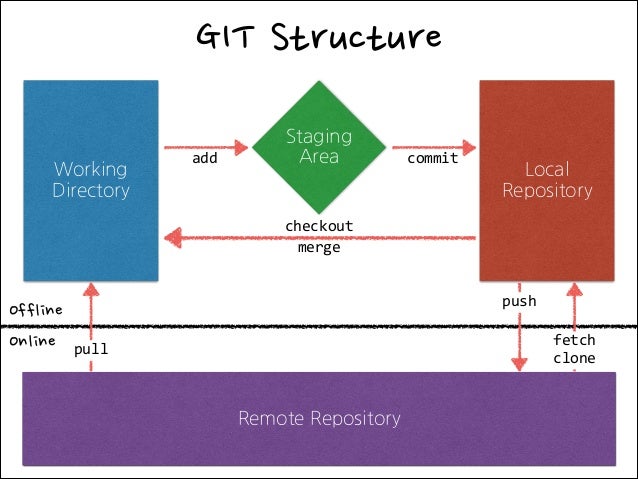 A ready-to-use template is already uploaded on each site, based on mkdocs.org and mkdocs-material theme, and using Markdown for content formatting. This is an example of how it looks: http://fibasile.fabcloud.io/fabacademy-student-template/ You need to start customising the mkdocs.yml file in the root folder of their project. The first edit to the website will trigger the build process and publish the website.

There’s a soft limit on 300mb. Sites reaching 300mb will be listed on a dedicated page in the archive for public shame. Site over 300mb for two weeks in a row will get special consideration. TIP - Image optimization and why to do it: https://developers.google.com/web/fundamentals/performance/optimizing-content-efficiency/automating-image-optimization/ Note: The main difference is, dynamic webpages are not served as-is by the web server as static pages are. They are constructed for every HTTP request sent by each client. - Static: The content is typically stored in flat files rather than databases, they apply it against layouts or templates and generate a structure of purely static HTML files that are ready to be delivered to the users (Apple, NASA) - Dynamic: When a visitor gets to a website expecting the latest content, a server-side script queries one or multiple databases to get the content. Then, it passes the results to a templating engine who will format and arrange everything properly and generate an HTML file for the user to consume (Twitter, Amazon, Quora…)

What is a static site generator?¶

A static site generator (SSG) takes text written in a markup language and it churns through layouts to create a static website.

With a SSG, we write dynamically and publish statically.

Note: An SSG is an intelligent counter-measure for avoiding security threats in server-side applications. It maintains the benefits of templating systems with less vulnerability threads. 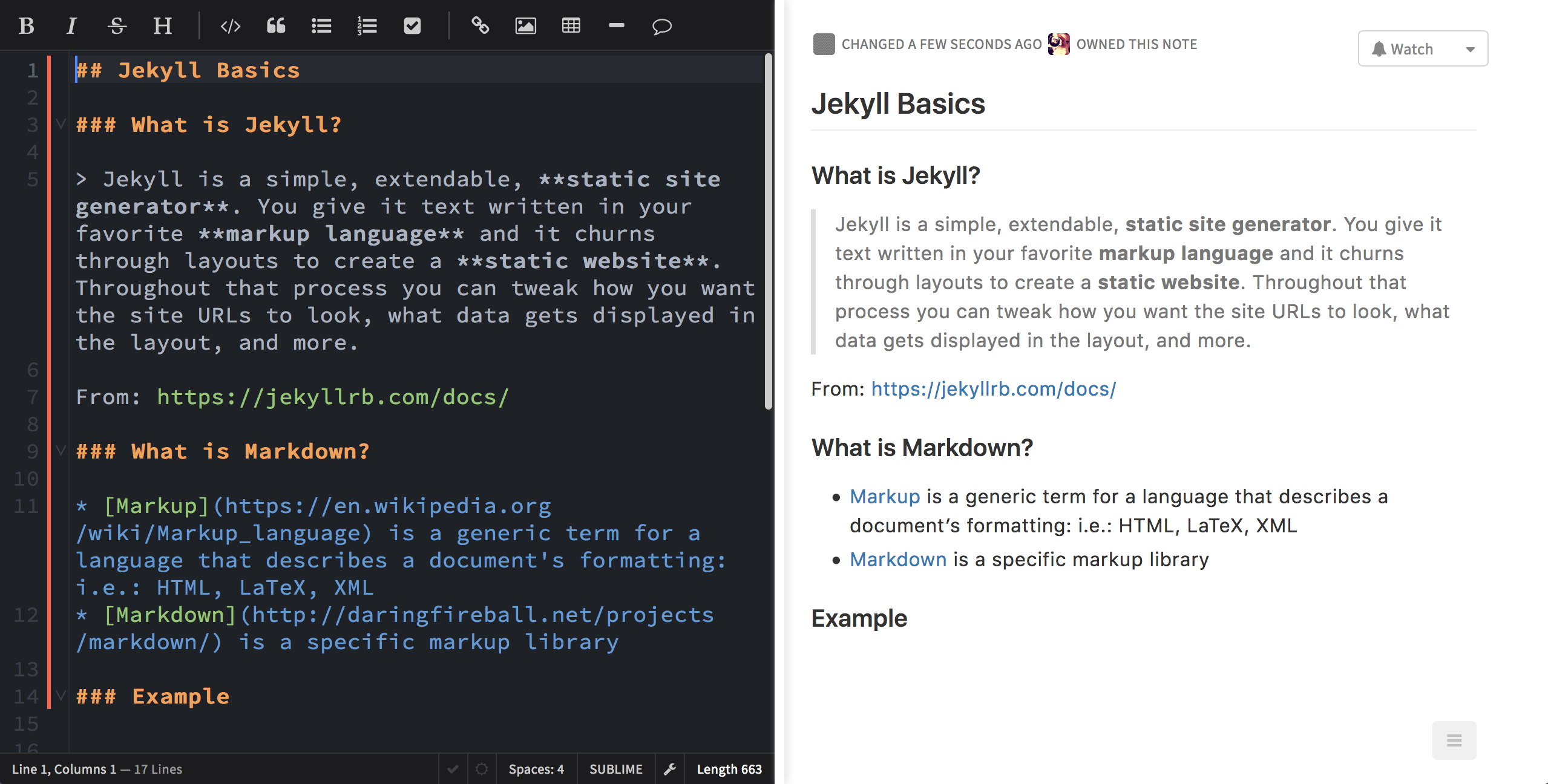 You have a mkdocs template available:

Jekyll is a static site generator based on ruby. It can take HTML, markdown, etc. files and convert them into sites with styling, based on layouts.

Note: This file controls the build process for your site. Every push to the Git repository will trigger the runner and you can check its progress on the /pipelines page of your project.

Note: You can find your website in the Settings > Pages tab of Gitlab

We’ll always have the docs!

Check the file-size of your folder! You should commit 1-2MB per week. Not more! Run the following command (Terminal or GitBash) in your folder to see folder and file-sizes:

Each time you want to update your website, you should go through the following commands:

change files means that at this point you copy/replace the files in your folder.

commit message write a meaningful commit message. This should answer the question: “If I apply this commit, I will…

If something goes wrong, restart from the beginning (git pull).

If you end up in Vim-Editor, quit without saving by typing: :q!

Your website might not update in your Browser until you clear the cache (Hard Refresh!) If you still get error messages, study git or write an Email to your instructor.