According to Codelani’s list, there are about 3,156 computer languages (including dialects of BASIC, esoteric programming languages, and markup languages ).

In Wikipedia you can find a more filtered list by type of language.

In this link, you can find their relationships. 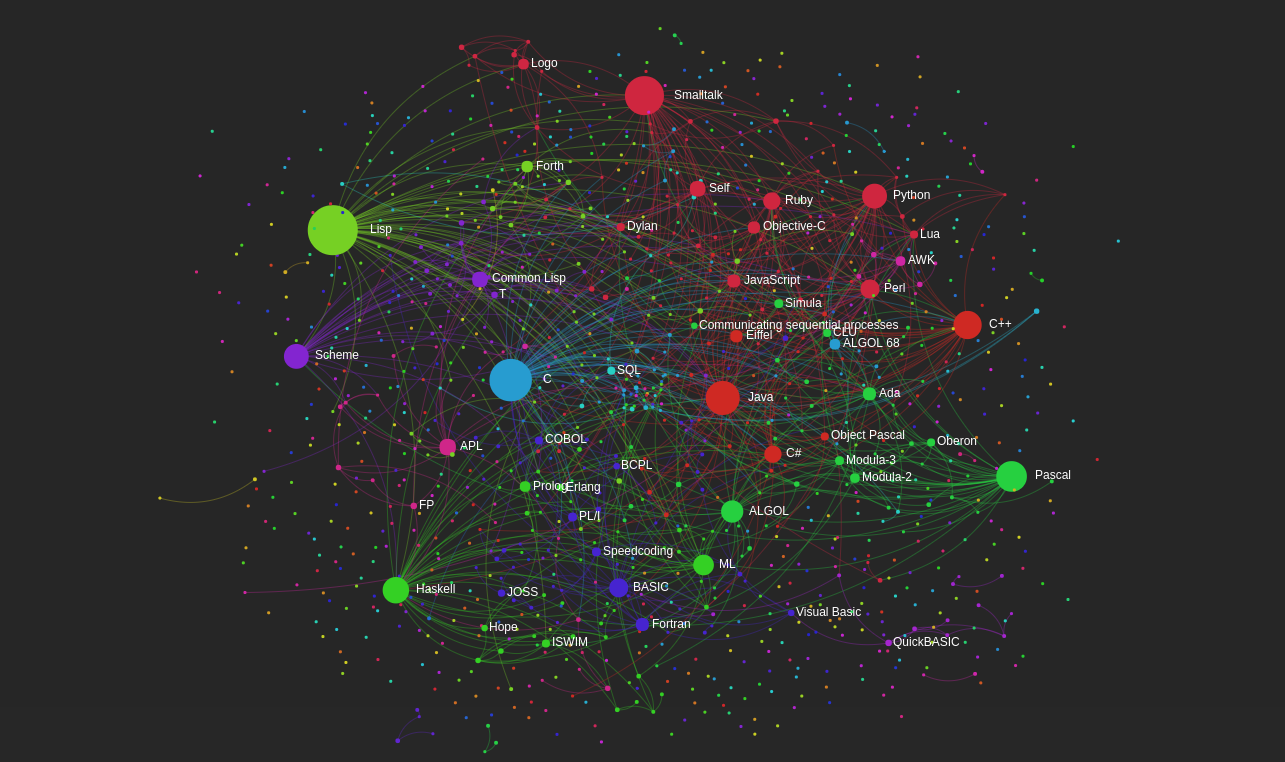 WHAT IS PYTHON ?¶

Python is an open source and high-level programming language, which means, it is easily understandable and most crucially readable for humans, simultaneously being independent of the platform it is running.

WHY YOU SHOULD USE PYTHON ?¶ 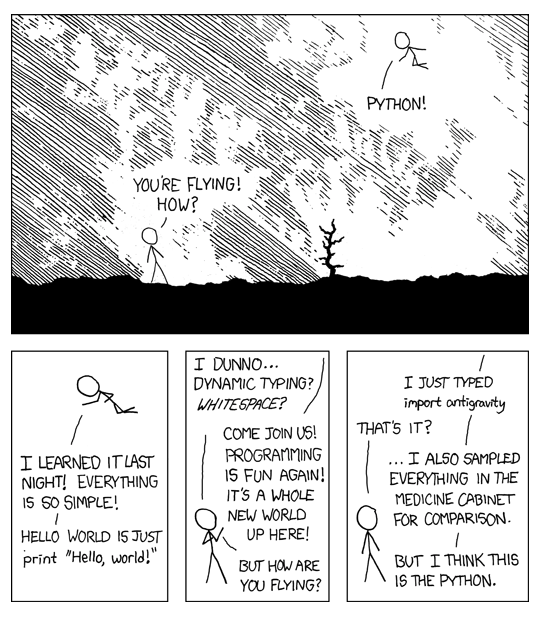 Do you want to work with AI ? Create your own social network ? A video game ? …¶

The answer to all these questions is Python.

Compatible with Major Platforms and Systems¶

Python is supports many operating systems. You can even use Python interpreters to run the code on specific platforms and tools. Also, Python is an interpreted programming language. It allows you to run the same code on multiple platforms without recompilation.

According to the latest TIOBE Programming Community Index, Python is one of the top 3 popular programming languages of 2019. 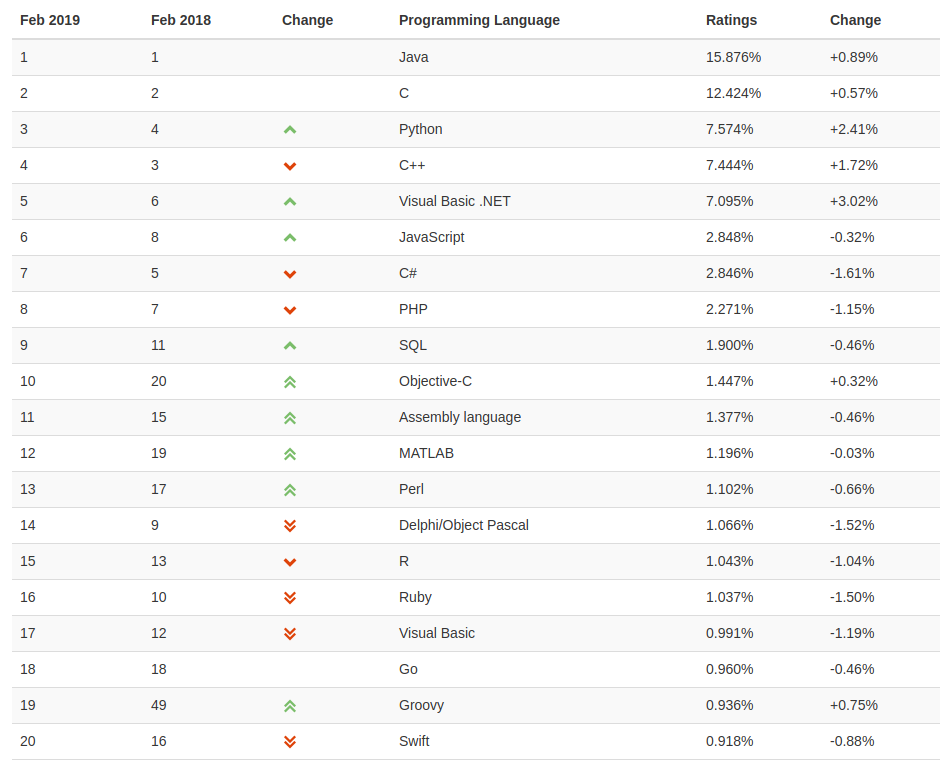 Its large and robust standard library makes Python score over other programming languages. The standard library allows you to choose from a wide range of modules according to your precise needs. Each module further enables you to add functionality to the Python application without writing additional code.

Many Open Source Frameworks and Tools¶

You can even use several open source Python frameworks, libraries and development tools to curtail development time without increasing development cost.

HOW TO START ?¶ 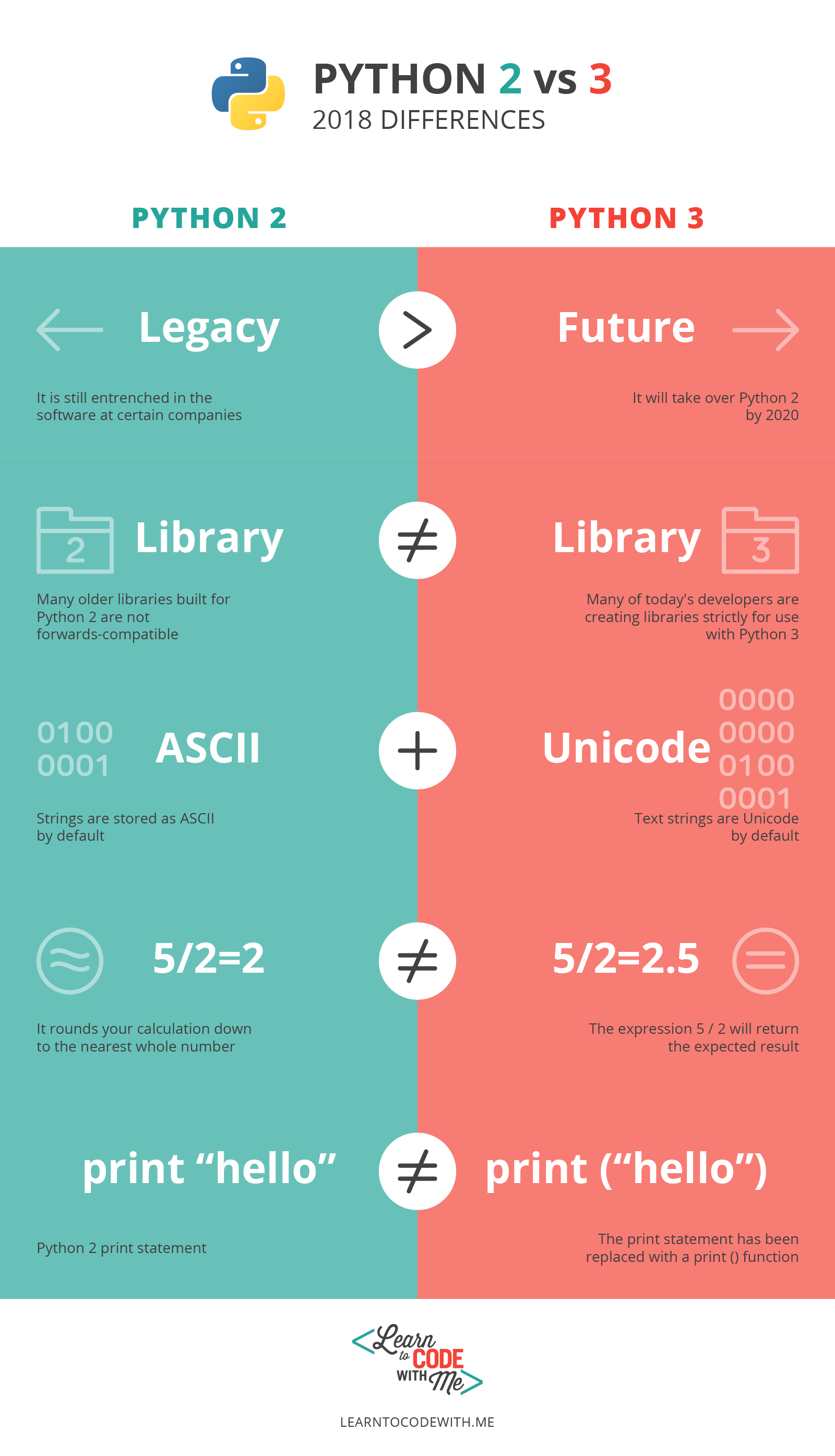 Should you install Python 2.7 and 3 ? Our recommendation is YES, with an environment!

A python environment is a tool that helps to keep dependencies required by different projects separate by creating isolated python virtual environments for them. This is one of the most important tools that most of the Python developers use.

The two most popular tools for setting up environments are:

Anaconda is a Python distribution intended for massive data processing, predictive analysis and scientific programming that simplifies the management of packages. There are other ways to install python and the necessary packages for OpenCv but they are more complex and Anaconda makes it easier for us to work.

There are different versions for different Windows, Mac and Linux operating systems. Download and follow the instructions to install the one that suits you best.

In my case is Ubuntu ( Linux ) 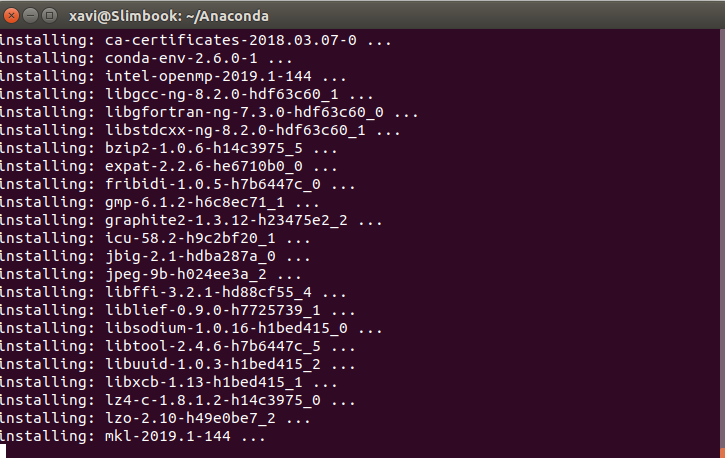 You can check that you have installed it by opening a command line and typing the following: 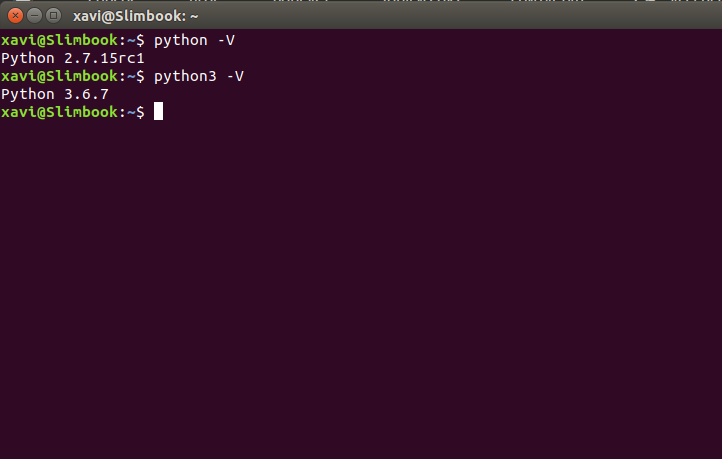 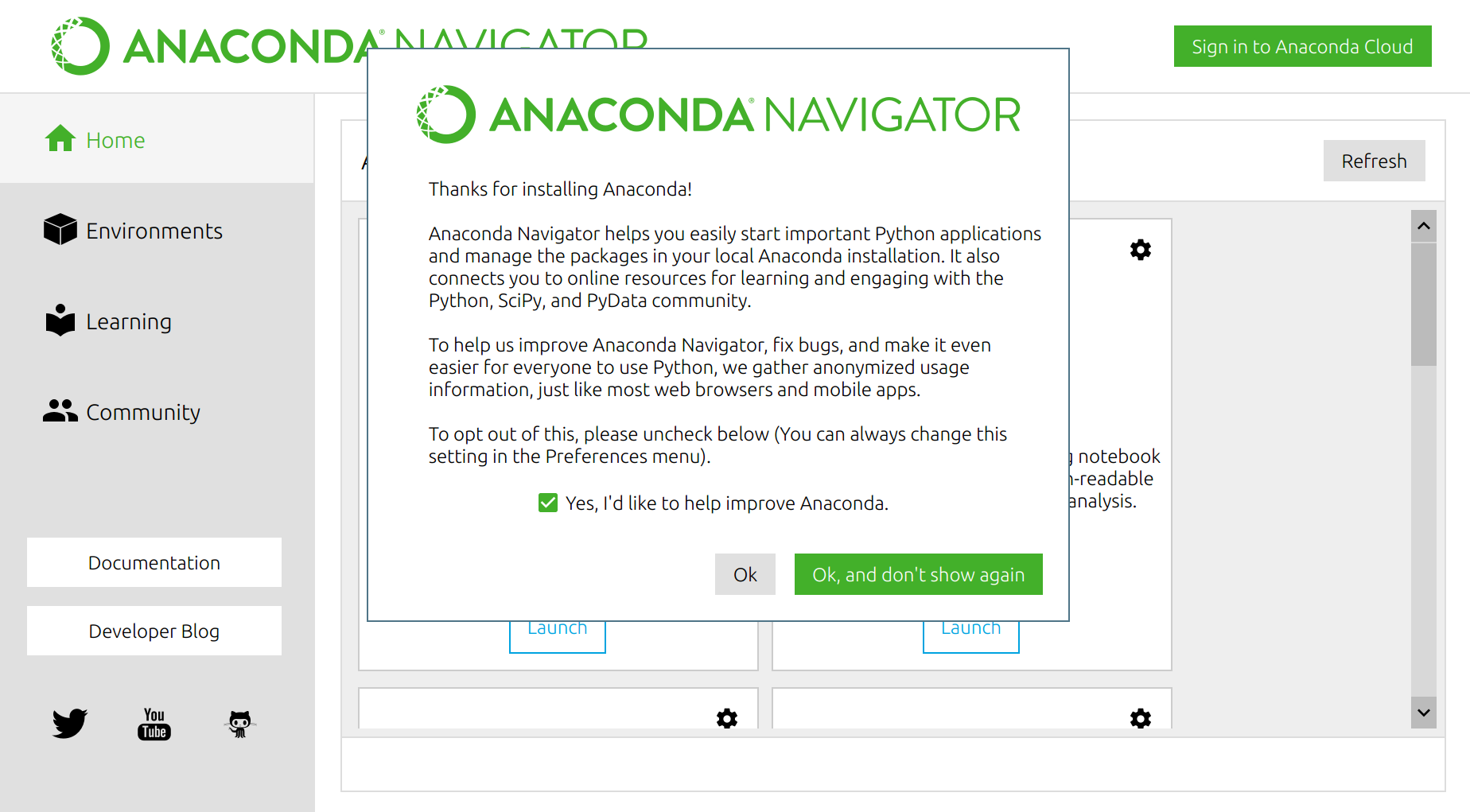 Use the terminal or an Anaconda Prompt for the following steps.

Create the environment for Python 3.7: 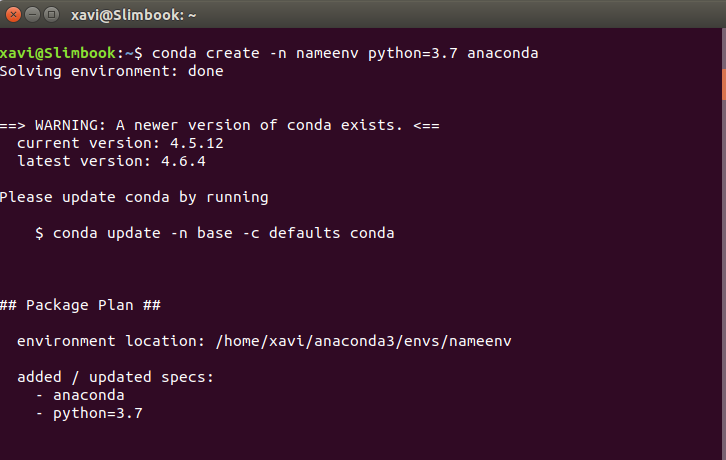 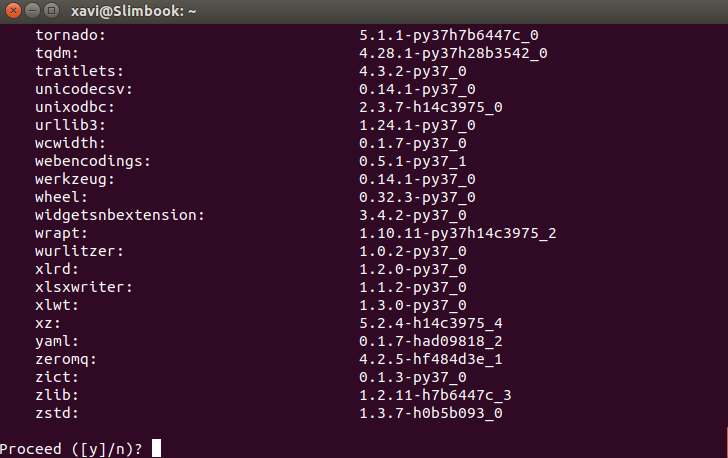 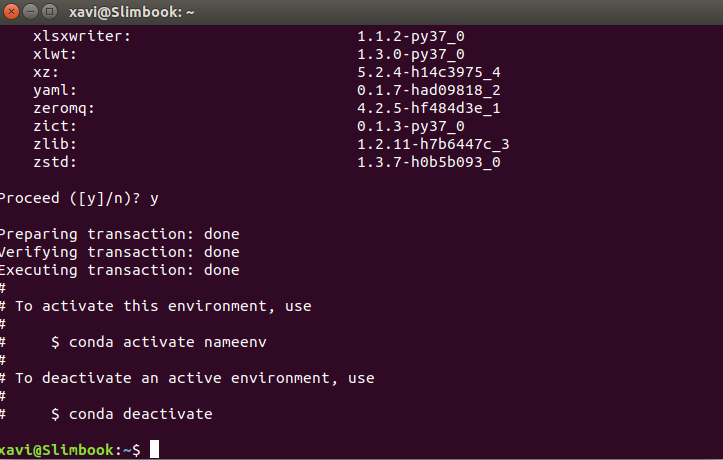 To activate your environment: 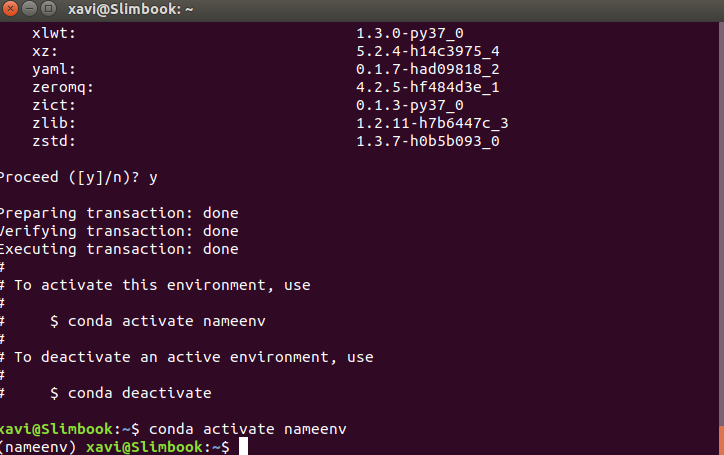 To deactivate an active environment:

Create the environment for Python 2.7:

Mainly, one can execute a script in three ways:

To check where an application (in UNIX) or program (in Windows) resides in your computer, you can check it in the CL by:

Instead of where, type in whereis

Then, the very first line of the file should be: #!path/to/python, i.e.: #!/Users/macuser/anaconda2/bin/python. Then, we can make the file executable by:

And run it by:

How about the booleans?

If we run it, we have a subversive code: