This page contains my Project development phases from the initial idea to the last Product. 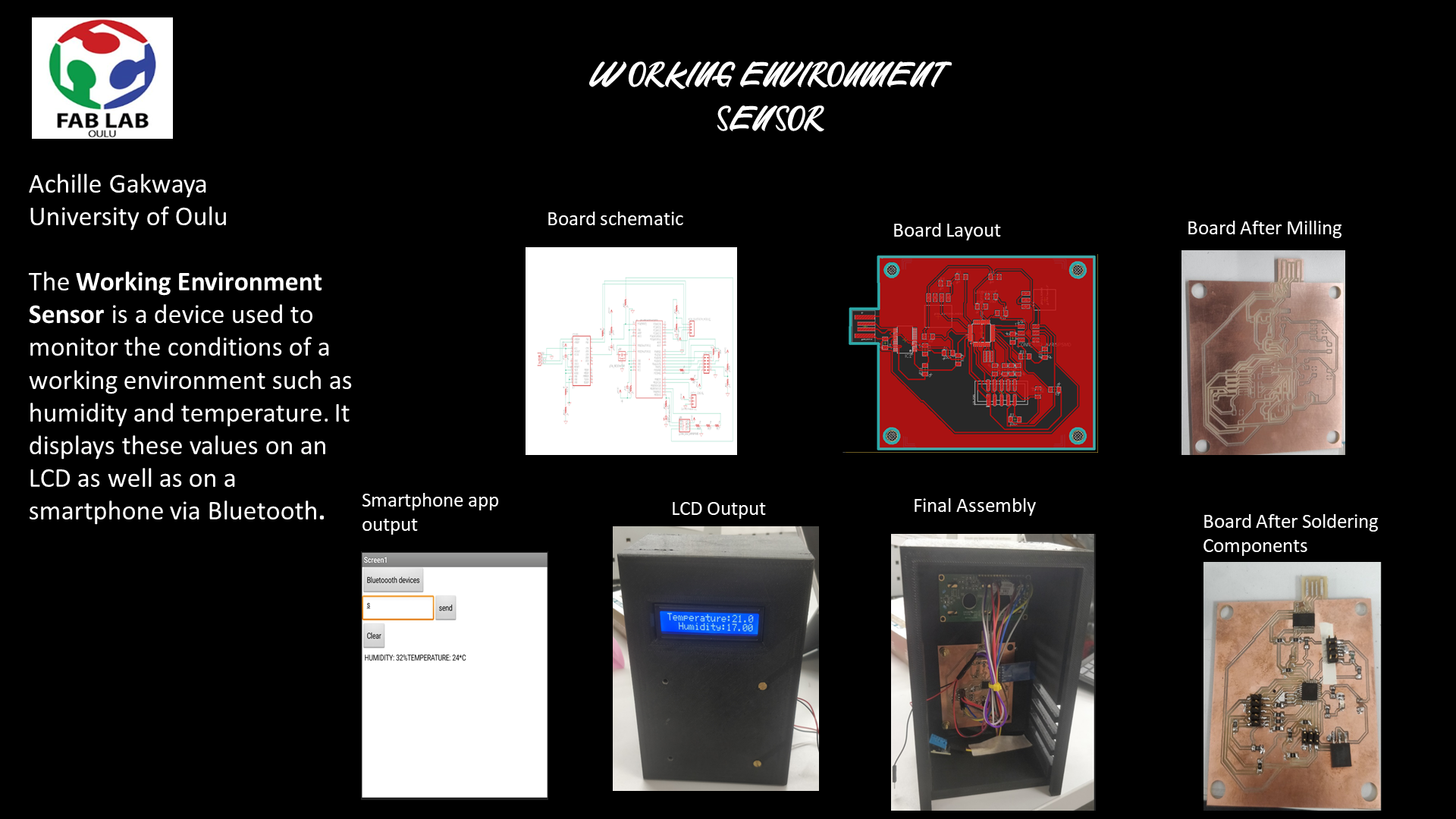 Logo after laser engraving and cutting

For the 3D design I modified a little bit my design for computer aided deign to put put the door on the other end of the case.

The bluetooth part of the program was mostly from here. In the program I use 3 libraries. SoftwareSerial.h which allows me to make use of a software serial communication by using any digital pins on the Atmega, LiquidCrystal.h which makes it easy to use the LCD by make use of simple functions like lcd.print() to print characters on the LCD and finally DHT.h which handles the single wire communication used by the DHT11 sensor and allows us to use simple functions like dht.readTemperature() to read the temperature. My program is structured such that the LCD always displays the Temperature and Humidity values and with the help of a bluetooth app I designed in the Application programming week Values can also be read from a smartphone by typing s command in the text field (as shown in the presentation video). First, I printed the values using the LCD functions lcd.print() where I pass parameters like dht.readTemperature() or dht.readHumidity() in order to display the temperature and humidity values. Next I monitor if there’s a message available from the bluetooth by using the command b.available() (b is user defined) then read it using b.read() and if it is the ‘s’ command typed in the text field of the bluetooth app then, use b.print with the temperature and humidity as parameters (for example dht.readTemperature() for temperature) in order to print them on the smartphone screen.