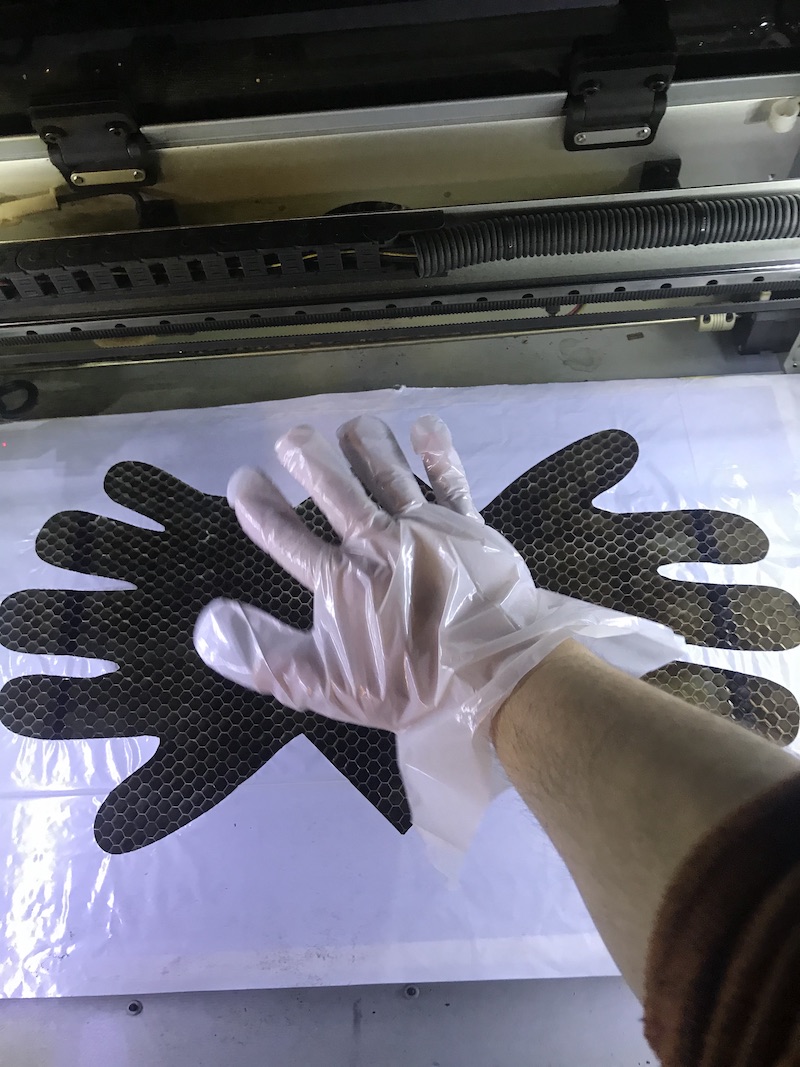 A couple of years ago Justin Duffy and Drew Wilson were working on making custom balloons on the laser cutter. Drew reached out and suggested that this could be a method of making disposable plastic gloves on the laser cutter. By cutting doubled layer HDPE (a trash or shopping bag) with a defocused laser it fuses the two layers together to create a waterproof seal. 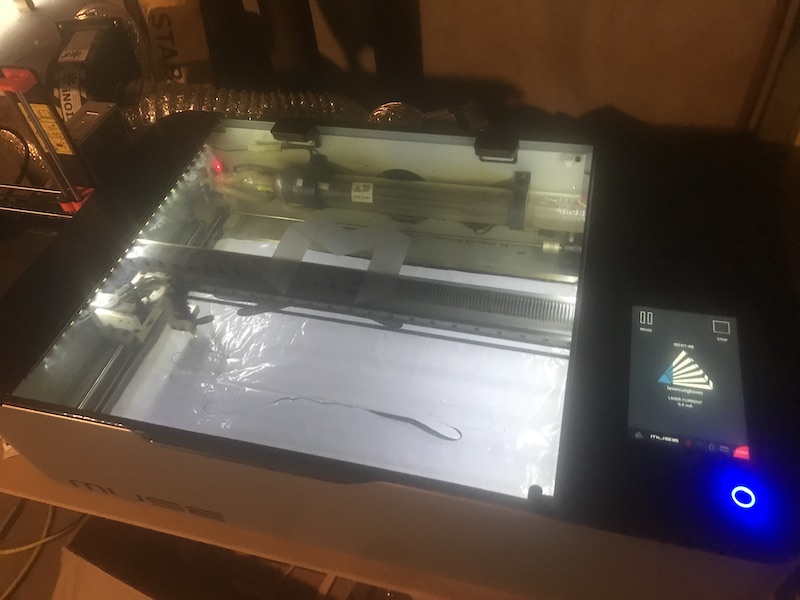 I downloaded a glove file pattern an adapted it for the laser. Since the laser seals as it cuts, this method requires one cut with scissors to separate the two halves.

I used some trash bags we had around. Future tests seeing if used grocery bags can be used would be good.

First cut looked pretty good(at first)! Unfortunately there were two issues, the gloves don’t fit and they leak! Though the plastic was sealed at first inspection, the joint was pretty weak. 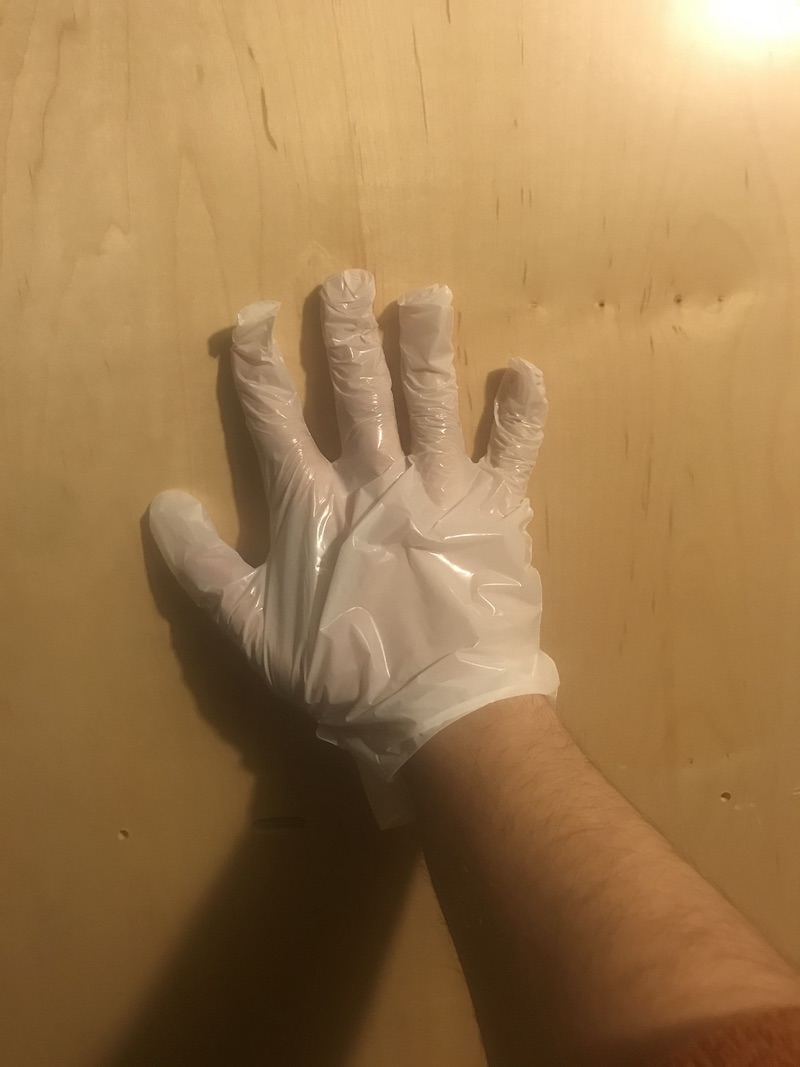 I got set up to make some smaller test pieces to try and address this. I played around with the power settings and focus. 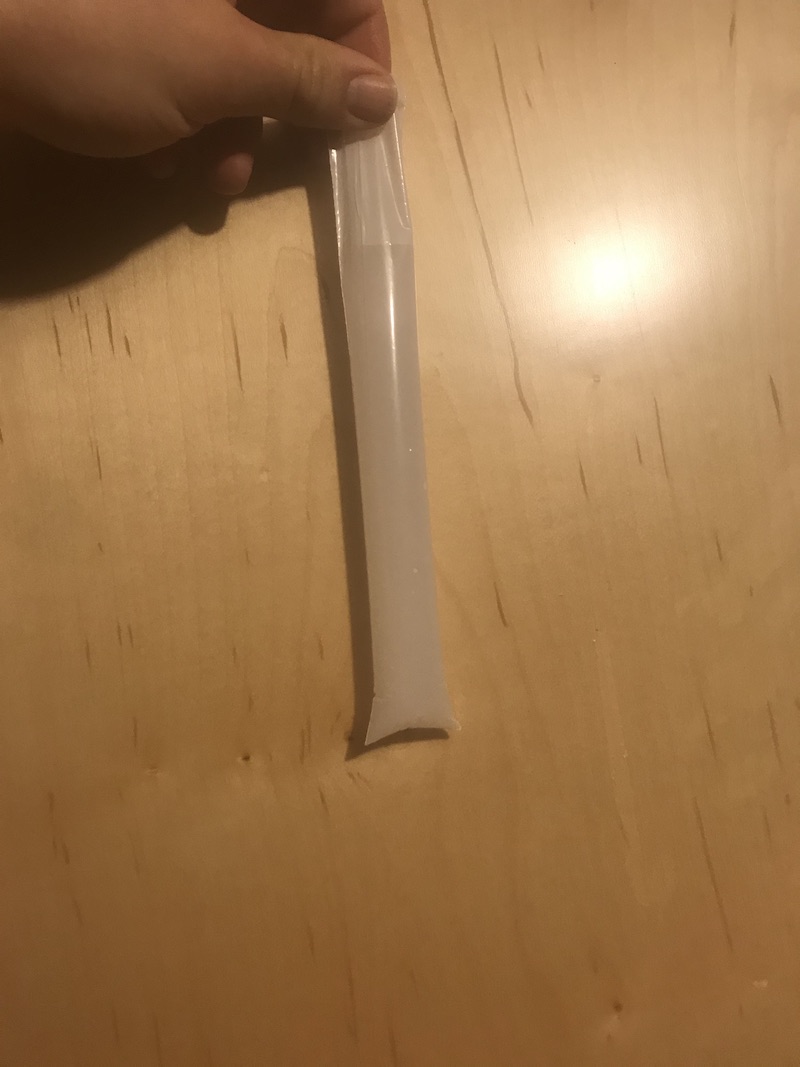 After a bunch of test cutting I found that defocusing the laser dramatically gave the best results. Here is a picture of the settings used. this is with a very thin trash bag. Thicker bags will likely produce stronger gloves with different settings. Also remember that every laser is different

Adjusting the fit was easier, it’s important to remember that there is no stretch in these gloves so they need to be very big. I also added large flares to make it easier to put on.

It is also super important to keep the material as flat as possible, magnets holding it to the bed were very helpful. 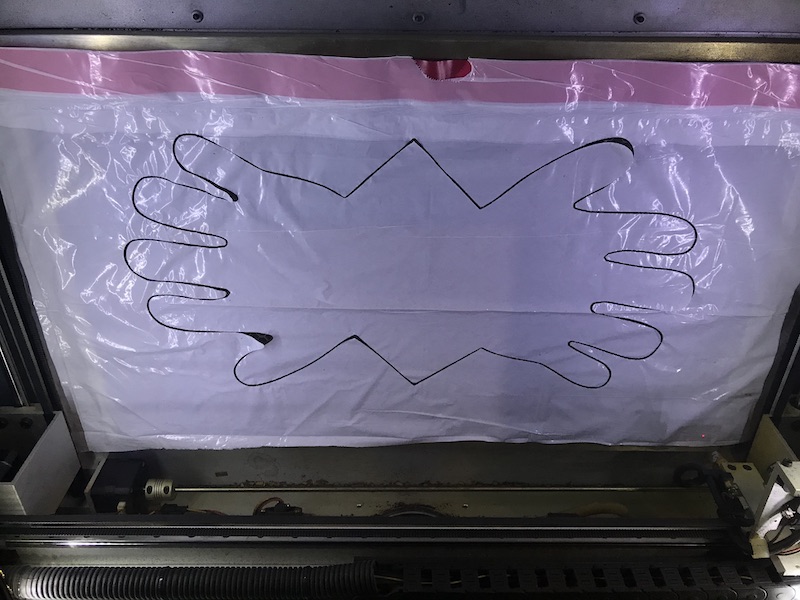 A completed glove! The fit is alright! I need to buy gas in the next few days and i think I’ll wear it.

Here are the final settings we used on our full spectrum laser cutter with a 45w tube, the focus was set .60” high from the focus point. 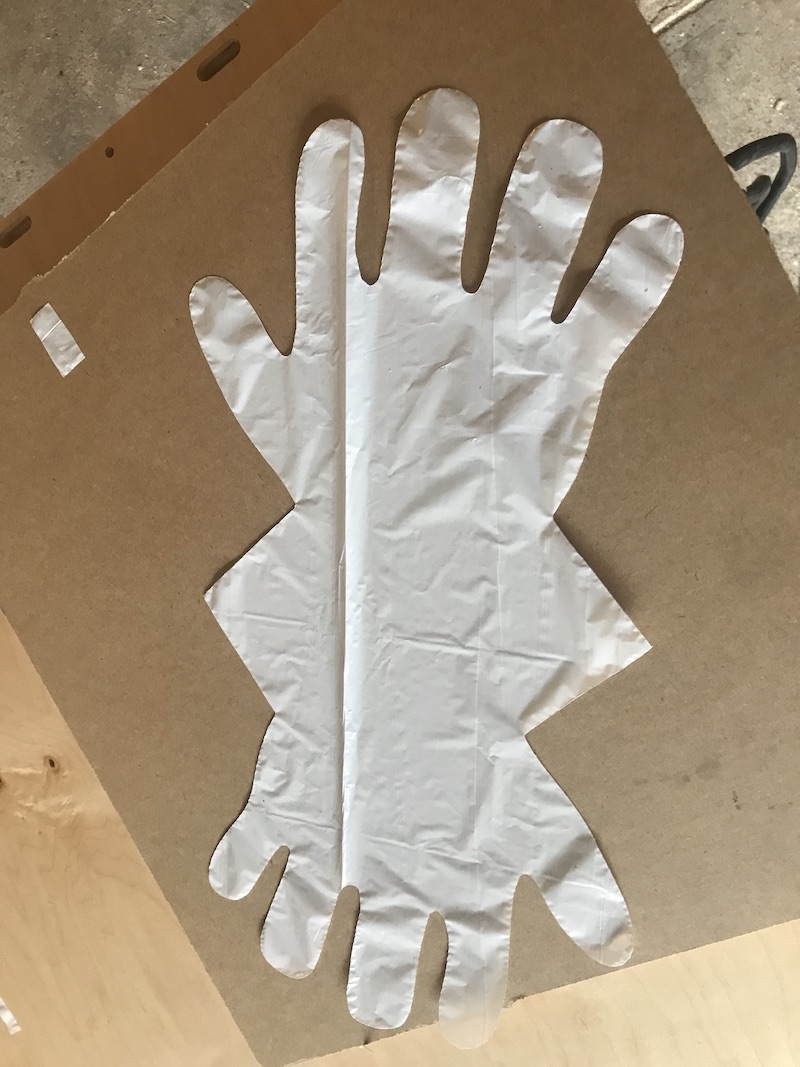 Things that this project made me think about/next steps¶