I have used Photoshop and corel and some Illustrator for a long time, so for the 2D I´m going to use Rhino 3D capabilities to create a 2d logo for my website and perhaps for the skateboard I want to make in Wildcard week.

Getting the desired logo

Making a continuous lines by trimming and joining

Getting the right angle 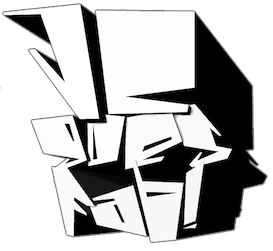 Talking about a documentary of the Japanology Series by Peter Barakhan with Ryota Kamio about the use in Japan of seals instead of signatures he expressed that he would rather use his signature, Which sprang an the obvious idea to my mind, a signature stamp, so, as I have no Kanji signature nor the need of using a stamp, and I design jewelry and the mentioned docu showed some stamps made by jewelers (very expensive), I designed in Rhino one for Ryota from his actual signature to be 3D printed in W5 and molded and casted in W9 in aluminium. 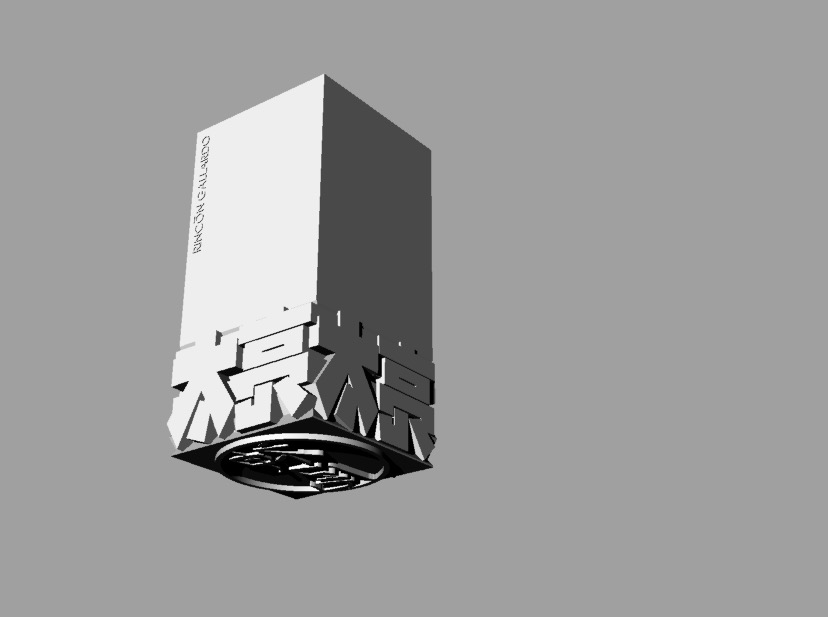 The signature was first scanned, transformed in high contrast image, the lines where draw in rhino and then a stamp was produced with extrusion of closed lines.

There is a comparison with what the actual press Kanjis would look like.

It was a pain to do the Kanjis at the stamp base!! it seems like a nice jigsaw now, but it took a lot of wirecut and exploding, eliminating faces and merging again. I´m very proud of the result.

To prevent it to bee to heavy (although will be cast in aluminium) I decided to void the inside of the handle.

In my bucket list there is a line that seems to read I want to be made into a Star Wars action figure. So in order to accomplish this I´m going to build a full body 3D SCANNER, as during W5, yes I travel in time, no it is not that I arrived 4 or 5 weeks late to the course. So during W5 full body scann proved to be a challenge.

In order to accomplish that I´m going to build a frame for the Kinect on which it will slide down on a counterweight controlled freefall. 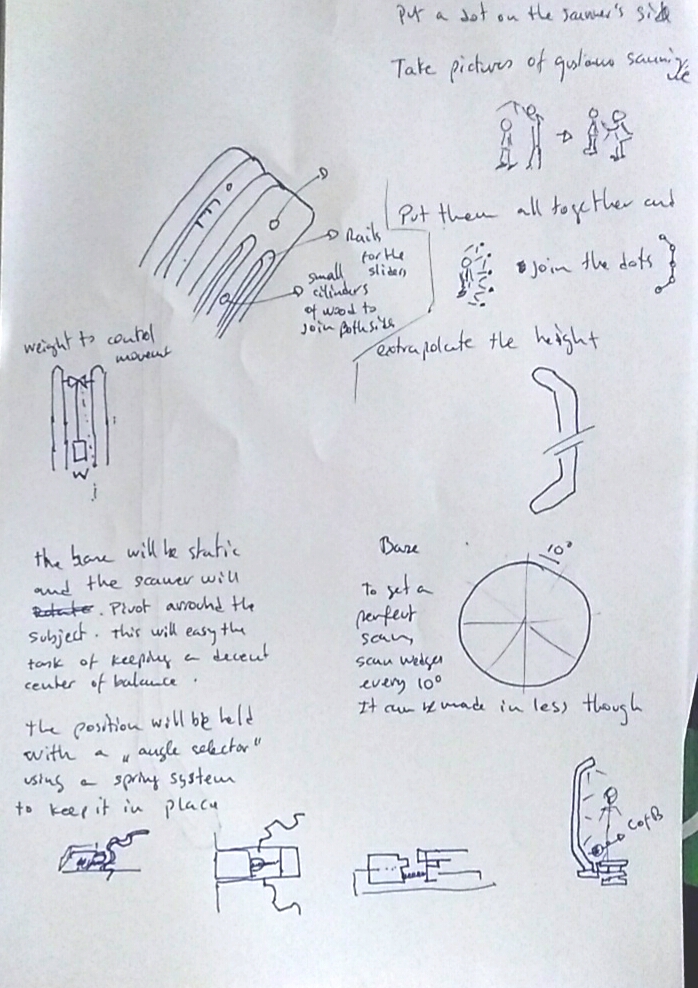 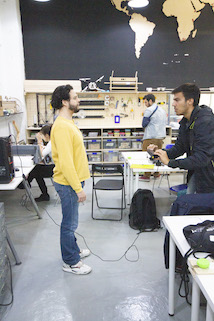 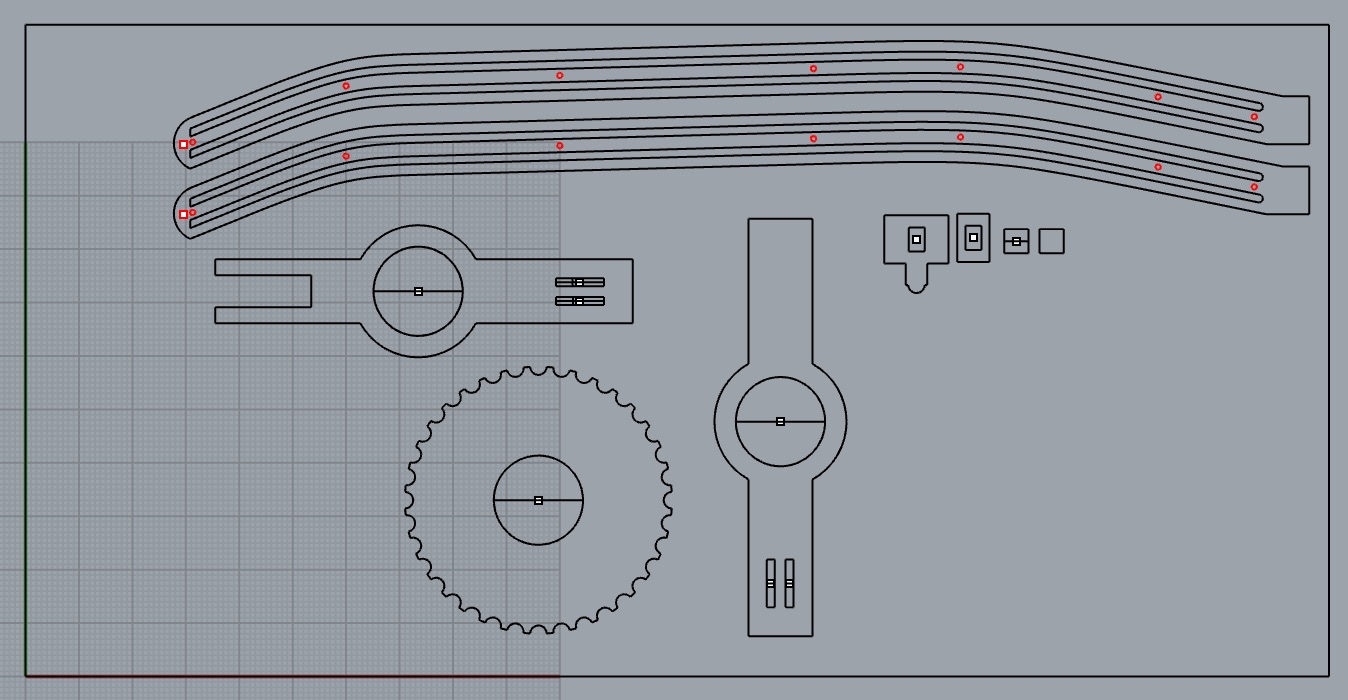 The model will be made using PARAMETRIC DESIGN with grasshopper in order to be able to rescale it and adjust it according to the machine tolerances; and made in thin (0.4cm) MDF on a 1:10 scale, cut in W3 with the laser cutter and if it looks alright or when it does, I will make it in real size in W7 with the CNC.

Grasshopper is a pain, one has to be very careful to be organized and tidy. Grasshopper day was before my arrival, so have to rely on videos and Yanis help.

It was tricky to make everything depending on the thickness of the material and the size of the dented base.

I tried to create a Khoi fish for the stamp handle, which turn into a SD-Kawaii style of Khoi fish to better be molded and casted into squishy foam, was coming rather ok, but I noticed a mistake and had to undo several steps, when I tried to recreate what i´ve done, the result was not so good (beginners’ luck), had no time to finish it. 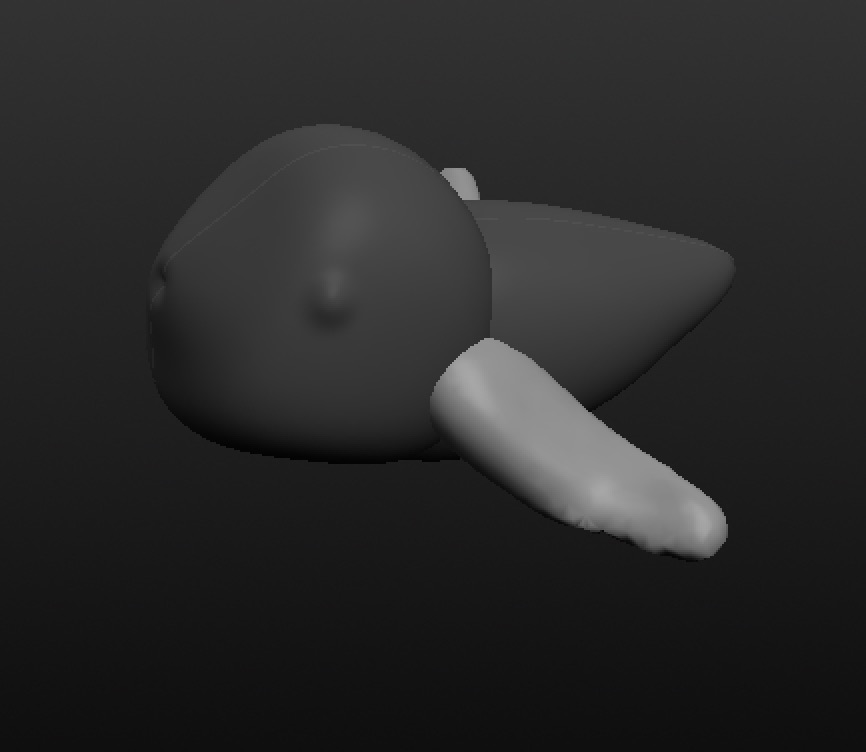 The trackpad proved to be a challenging tool to use with this types of softwares. With blender, i find missing a little bit of material resistance feeling to have a sense of prediction for one’s action and calibrate one’s movements.