A system that detects noise beyond the acustic contamination limit at night, changes the color of the street lights, keeps a record and given the circumstances and calls the police.

Useful to prevent disturbing the sleep of neighbours of urban areas that cohabit with bars, clubs etc… as well as to detect detonations of firearms and gas explosions.

It could use LoRaWAN to tx data. The data can be transmitted via tweet because from that with python can be retrieve and adapted to other platforms in use by the police, the con is that perhaps the tweet can be picked by the news and obstruct the labor of the police.

Imagine living in the street of the bars … it’s a Thursday … for the university students: PARTY DAY 1 … people do not shut up … and on Friday… What time do you have to get up? What do we do, call the police every Thursday, every Friday, every Saturday, prevent parties?

I propose a dissuasive, non-authoritarian measure that does not add to the hubbub, allows those blessed by morpheus to continue to conciliate the dream and makes the revelers lower the decibels.

Noise sensors detect noise, they are programmed with a noise level and a tolerance threshold passed the same, the area is invaded by a blue led light that floods the whole area where the noise has been detected. That light only illuminates the height of the portals, it is an indicator that “dude you are overstepping”, and it disappears as soon as the noise is normalized. This blue light is actually very uncomfortable for those who are on the street, but it does not wake up the neighbors, due to its height, directionality and colour.

A second phase is that each zone can be mapped, and would have a counter which is reset every night, minutes of noise would accumulate in a counter for each zone and when overpassing a limit, say half an hour of accumulated noise, the police would be automatically notified, the centstation then dispatches a couple of police officers to put order, afterwards the meter is reset, recording both the noise level, the minutes accumulated per night and the visits of the police. All that record can be used as evidence to issue the corresponding sanctions.

Due to the increment of gunshots in Spain and specially the 20.5% increment of overall delinquency in Barcelona´s metro area, the same system can be callibrated to detect gunshots, after which the light would turn red, helping the police to find the spot, and of course the system would notify right away the police.

This system can be also complementary to the police CCTV.

At no time the system would record conversations as it goes against the laws of data protection. In case of need of a legislation, something like the CCTV law could be implemented.

It was impossible to get statistics from shots in Spain as well as in many other european states, as the government doesn´t shares that data. 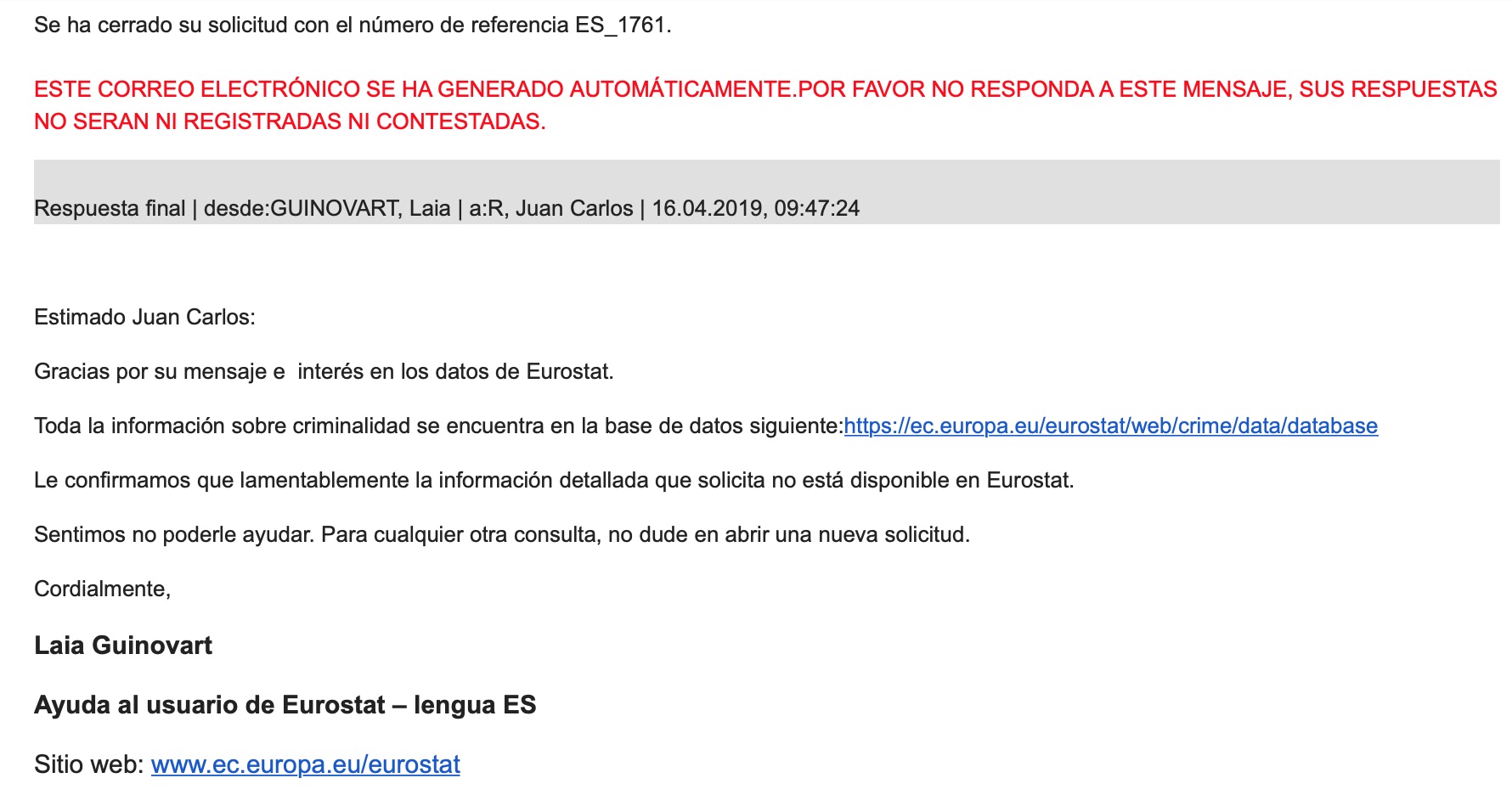 I tryed to do webscrapping from different news sources to get only news related to gunshots since 2009, but sadly it was too difficult to filter the news to get the actual first news and not follow ups. The fablab staff from Code Club insisted me to drop the idea.

What has been done before¶

In Cincinati a similar system has been deployed (and I thought I just invented warm water ;( ).

The difference is that mine has a dual purpose, has an everyday gentle action, dissuasion of loud noises at night, and an emergency one, the gunshot location and police call and red light signal.

HOW WILL IT BE MADE¶

I will create a mockup of an street lamp using 3D printing, and ether laser cutting and/or CNC, and add the adaptor as I would do with one of the 150 different street lamp models of the city of Barcelona.

I will also use molding and casting to hide the sound acquisition systems, as architectonically would be more respectful with the building façades, as is one of the city attractions, as well as to make it more discrete against vandalism.

The sound acquisition system would be made with ether the same arduino or if I need more computing power, I would use a Raspberry.

As I have a startup and can only dedicate half a day to fabacademy and I arrived 4 weeks late to the course and I´m using this week to, hopefully catchup, I will use the assignments to build the final project, or most of it.