This week I worked on defining my final project idea and started to getting used to the documentation process.

Polylactic Acid (PLA) is different than most thermoplastic polymers in that it is derived from renewable resources like corn starch or sugar cane. Most plastics, by contrast, are derived from the distillation and polymerization of nonrenewable petroleum reserves. Plastics that are derived from biomass (e.g. PLA) are known as “bioplastics.”

Polylactic Acid is biodegradable and has characteristics similar to polypropylene (PP), polyethylene (PE), or polystyrene (PS). It can be produced from already existing manufacturing equipment (those designed and originally used for petrochemical industry plastics). This makes it relatively cost efficient to produce. Accordingly, PLA has the second largest production volume of any bioplastic (the most common typically cited as thermoplastic starch).

There are a vast array of applications for Polylactic Acid. Some of the most common uses include plastic films, bottles, and biodegradable medical devices (e.g. screws, pins, rods, and plates that are expected to biodegrade within 6-12 months). For more on medical device prototypes (both biodegradable and permanent) read here. PLA constricts under heat and is thereby suitable for use as a shrink wrap material. Additionally, the ease with which Polylactic Acid melts allows for some interesting applications in 3D printing (namely “lost PLA casting” - read more below). On the other hand, its low glass transition temperature makes many types of PLA (for example, plastic cups) unsuitable to hold hot liquid.

PLA production is a popular idea as it represents the fulfillment of the dream of cost-efficient, non-petroleum plastic production. The huge benefit of PLA as a bioplastic is its versatility and the fact that it naturally degrades when exposed to the environment. For example, a PLA bottle left in the ocean would typically degrade in six to 24 months. Compared to conventional plastics (which in the same environment can take several hundred to a thousand years to degrade) this is truly phenomenal. Accordingly, there is a high potential for PLA to be very useful in short lifespan applications where biodegradability is highly beneficial (e.g. as a plastic water bottle or as a container for fruit and vegetables). Of note, despite its ability to degrade when exposed to the elements over a long time, PLA is extremely robust in any normal application (e.g. as a plastic electronics part).

It can be very difficult for consumers to discern which bioplastics they’re using are biodegradable or compostable, and which conventional plastics they’re using are biodegradable, compostable, or otherwise recyclable. For this reason, many bioplastics do not get discarded properly…and some municipalities don’t even have the facilities to sort, compost, or recycle bioplastics, so everything ends up in a landfill anyway. For example, a cup made from polylactic acid (PLA) looks and feels like regular plastic, so a consumer may throw it into the recycle bin, when really it could be composted. But here’s what may happen instead, according to EarthIsland:

“At the recycling facility, a PLA cup can be mechanically separated from PET products using an infrared sensor. But recyclers don’t usually take the trouble to do such sorting. It’s an expensive process and no one is going to pay them enough for that PLA to justify the cost. Within the PET stream, PLA tends to muck things up. If enough PLA (or other non-PET material) ends up in a bale of PET, a plastics reclaimer is going to turn it away and the bale will likely end up in a landfill. So suddenly those earth-friendly packaging materials have cut short the possibility that the PET inside that bale will find another useful life before ending up in a landfill.”

Aside from impacting the potential reusability of conventional plastics, many bioplastics must be discarded properly in order to actually biodegrade or compost. For instance, if a biodegradable fork is packed into an airtight landfill, it may not degrade at all. Conversely, anaerobic degradation (decomposition in the absence of oxygen) could happen when moisture is present, meaning biodegradable bioplastics create an air pollution problem by creating methane

Layer height to be 1/2 or minimum 1/3 of nozzle width for printing.

I wanted to scan my room key with an iOS app called Qlone. The process included printing a base mat and scanning the object on the map with my phone camera.

The 3d scan was not accurate but led to a cool looking AR though!

I then tried another model of my power bank.

I wanted to first test out a small file that I made using files downloaded from thingiverse.

I first wanted to get comfortable with the printers to see their limitations and strengths.

Bed should be cleaned with acetone betweeen prints to remove deposits.

Generate supports- Too many supports!!

I broke the print while trying to remove the supports, will have to try and fix it in post.

A sudden interest in product design led me to think of a redesign of a traditional orange juicer. 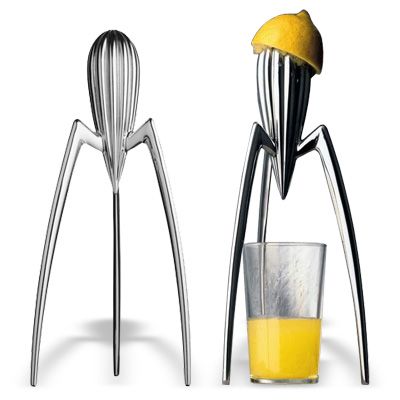 So I setup my file on Grasshopper

Baked it into Rhino. I cannot produce this model with subtractive modelling due to the internal spaces and the shell structure.

Exported to an STL file

Way too many supports to remove. I have to use a different production method or try to edit the Gcode by creating custom supports to make it easier to produce, and faster. This file took 39 hours to complete. I need to increase the thickness of the shape as well to increase strength by increasing the offset.

For this print, I wanted to print a signal luminaire lens to develop my final project. The printer we had at the lab was the Formlabs Form1+

For slicing the 3D file to be printed, I used the Preform software from formlabs and generated automatic supports at a 0.05mm layer height. The software created more efficient supports than the same from Slic3r and this mode of printing has control of support contact diameter.

The resin used was clear and the model took 39 minutes to print.

Do not remove the supports before curing!

Curing the print required sunlight exposure for 1-2 days. I removed the supports after curing.

I tried printing the same file with the Prusa as I did with the Form 1.

Firstly the same size was impossible on the Prusa and had to be scaled much bigger. This is due to the prusa being able to print only a minimum of 0.1mm layer height. I learnt that the supports generated were too many to print even though the design was spiral. I would like to learn to edit the g code by creating custom supports more efficiently.

I also tried printing the model without any supports, the material did not stay on the bed even though it was heated to 60 degrees.

Edited file to be printable on both Formlabs and Prusa.

my file on Grasshopper