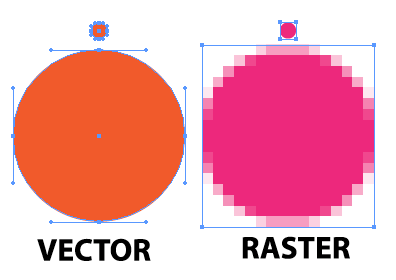 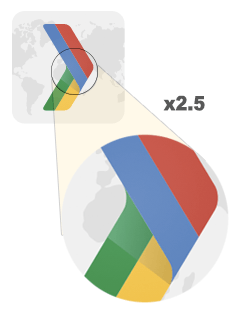 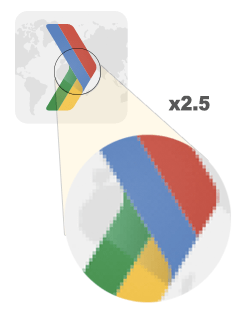 Evaluate the 2D and 3D software¶

Photoshop(PS) and Illustrator(AI) are presented by Adobe. PS is for Raster graphic processing and AI is for Vector ones.

Inkscape is a free and open-source vector graphics editor. This software can be used to create or edit vector graphics such as illustrations, diagrams, line arts, charts, logos, icons and complex paintings. Inkscape’s primary vector graphics format is Scalable Vector Graphics (SVG); however, many other formats can be imported and exported.

AutoCAD is made by Autodesk. There are many different version such as AutoCAD Mechanical,AutoCAD Electrical etc.Which are very easy to use in specific situation, because ther are many embedded functional module for different use.

Fusion360 is presented by ATUODESK. Altough AutoCAD now has 3D modeling function too, and Autodesk Inventor is also made for 3D modeling, Fusion 360 is strongly recommended to use for the 3D modeling desin for the coming assignments. Because Fusion 360 is different from other CAD software which has cloud funsion to make it can compatible with a lot of CAD files.

Solidworks and CATIA is all made by DASSAULT, and they, in many function, are very simmilar. But they have their own characteristic. They are all very professional engineering software.

There are some professional analysis software such as ANSYS, MATLAB etc. They are used for some specific situation.

Unity is a game development engine which is very powerful.It can also do AR/VR project.

What did I try this week¶

Soldworks is the first software I have learned for my previous career. Altough it’s very powerful but the requirements of computer configuration is high. So I won’t try to use it with my poor laptop, otherwise it might burn haha… I just tried to draw some aluminum alloy frame for my final project design. 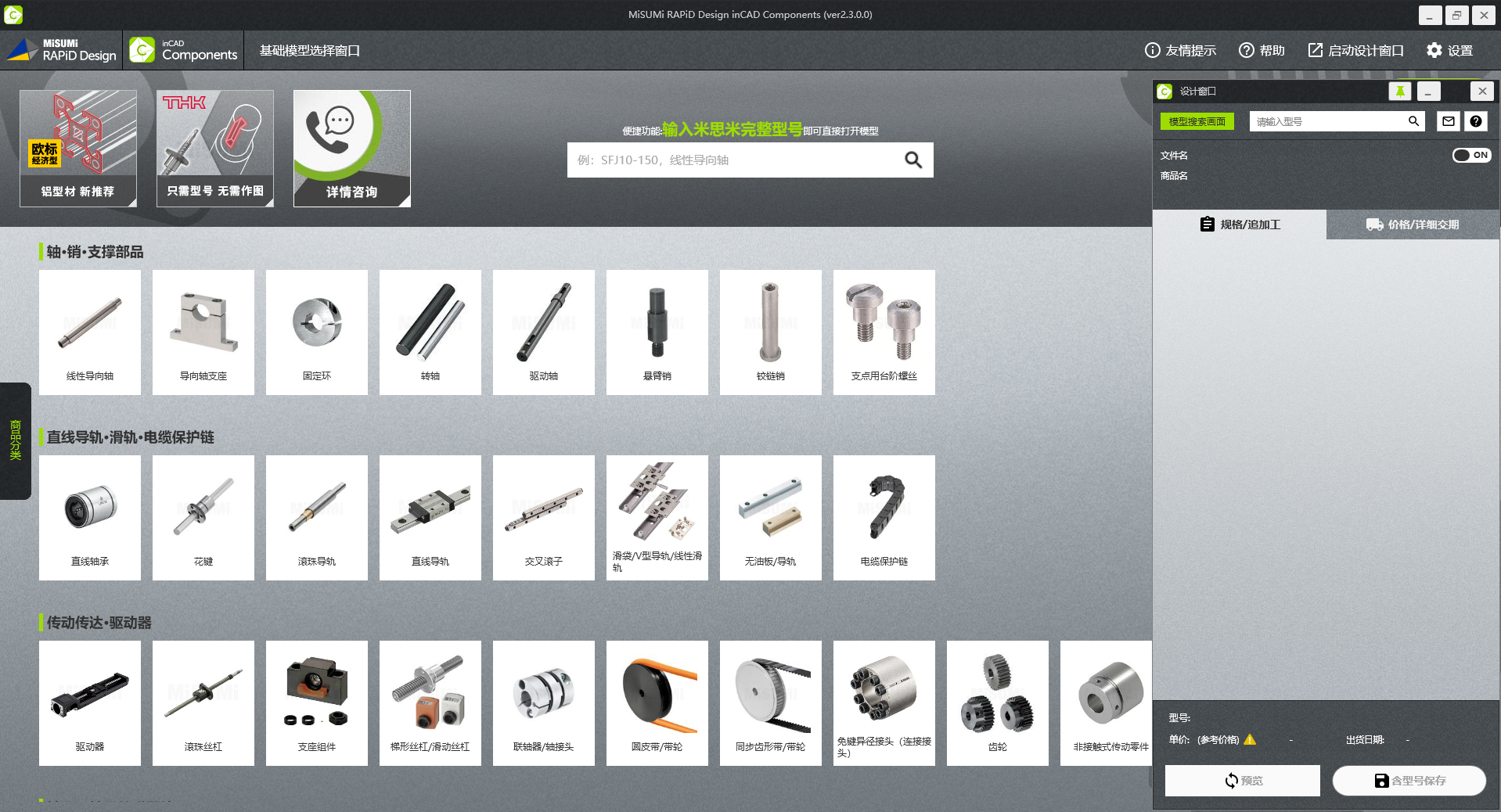 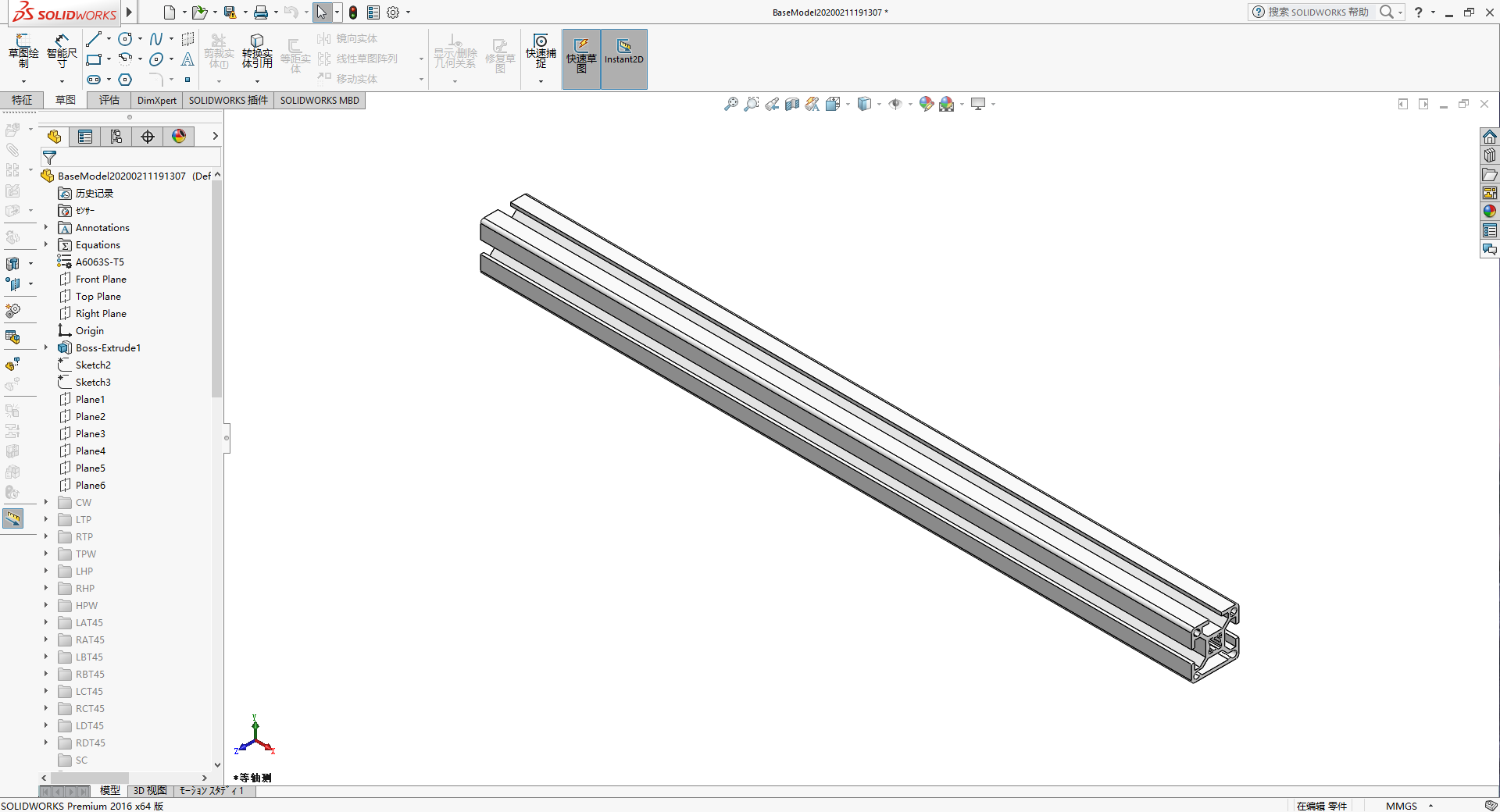 CATIA is also a very powerful software which I know how to use. But I also won’t try to use it if the task is not very complicated.(show off haha…) 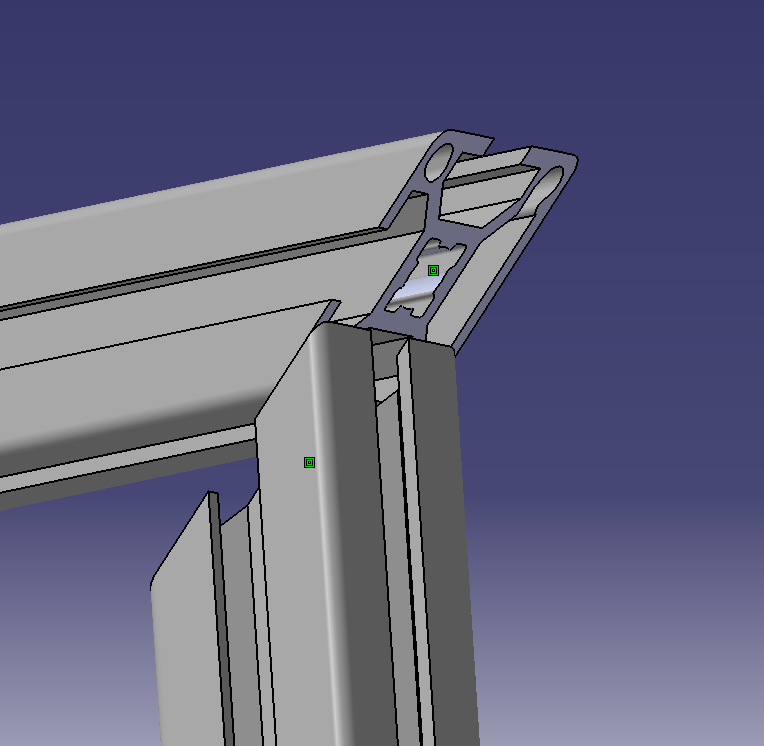 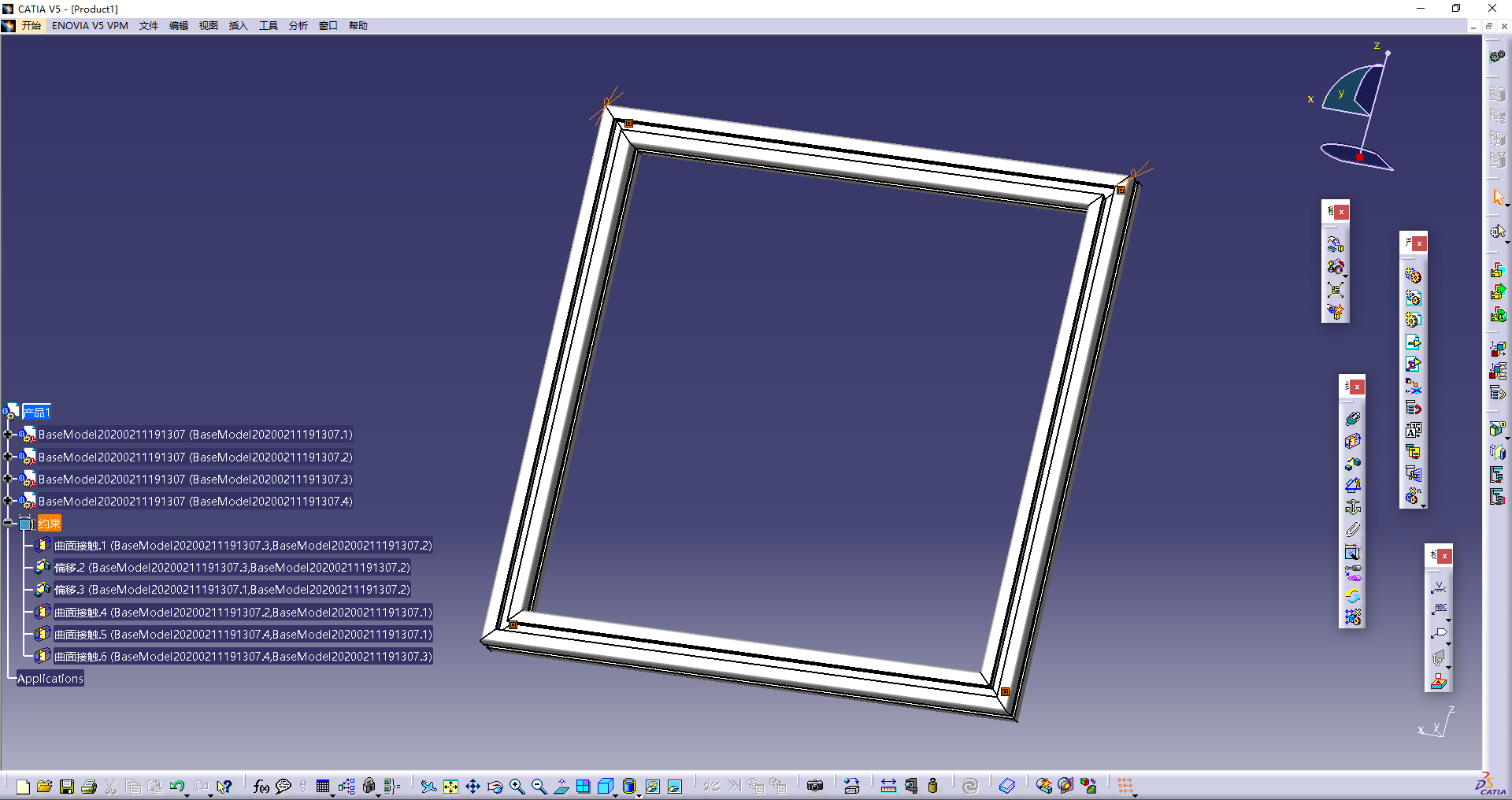 Actually this is the first time I tried Fusion 360. Because its cloud processor mechanism, making file compatibility very good. The interface is quite concise. I love it. And it’s very easy to share the object online, even embeded in the website directlly. So I decided to use it in the future learing and designing process.
I tried to made a hexagon shaped module in Fusion 360 for the first time. 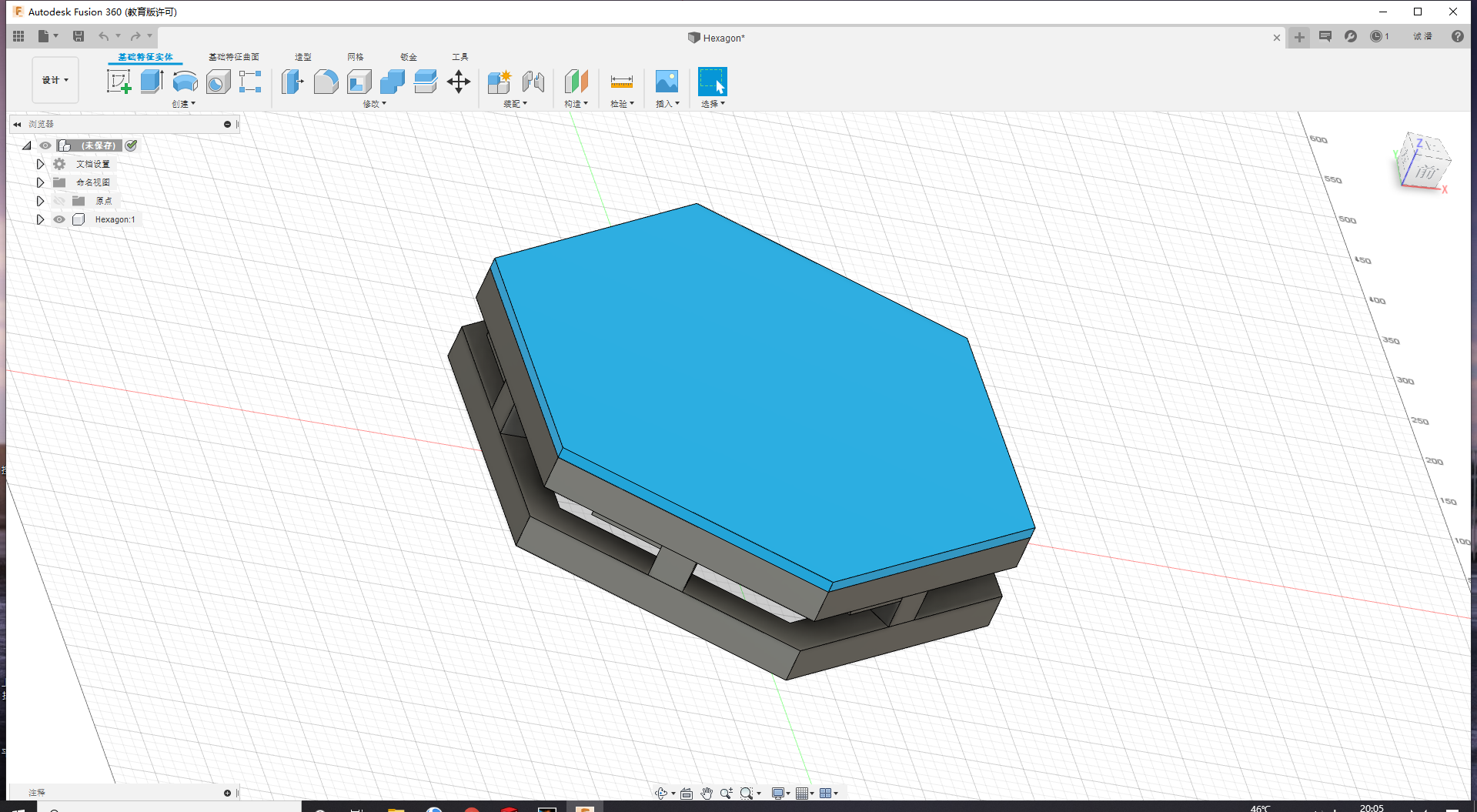 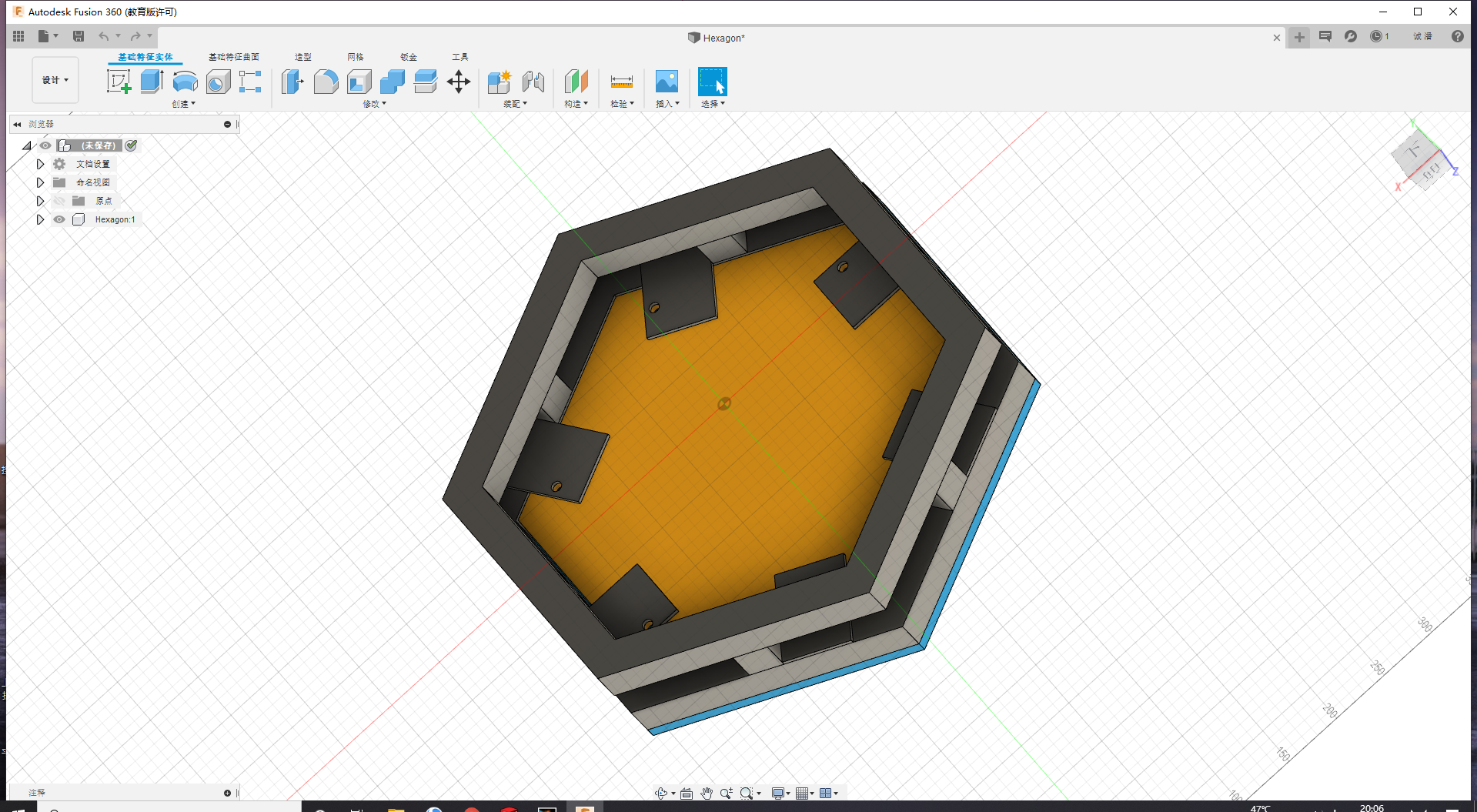 Its workflow of assembling is quite different from Solidworks and CATIA. It use the command of “Joint” to make two components together give it activity definition. I tried to assemble a fixture with 5 components: 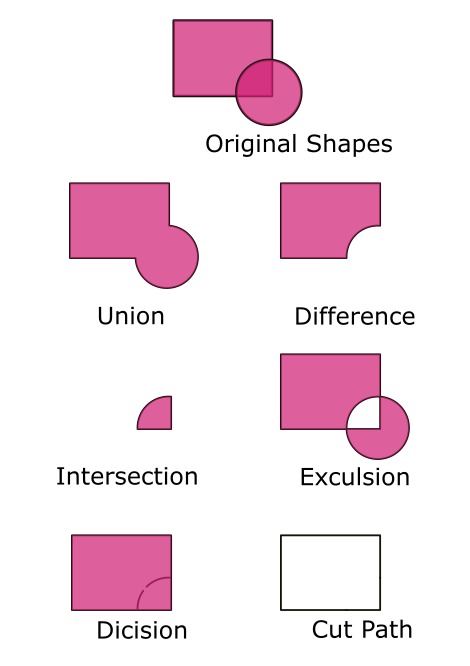 Trying to draw a packman 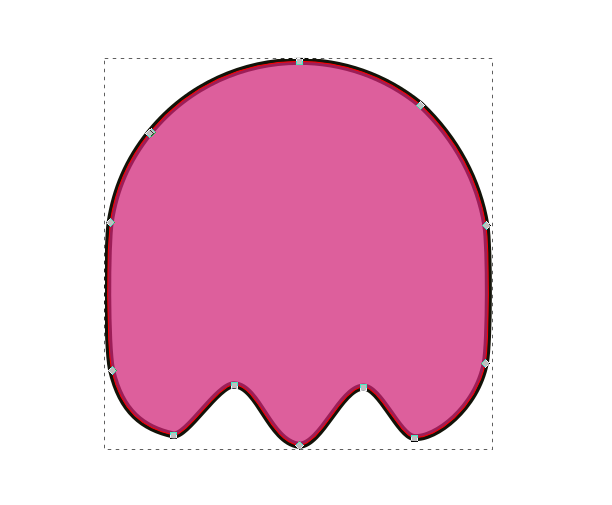 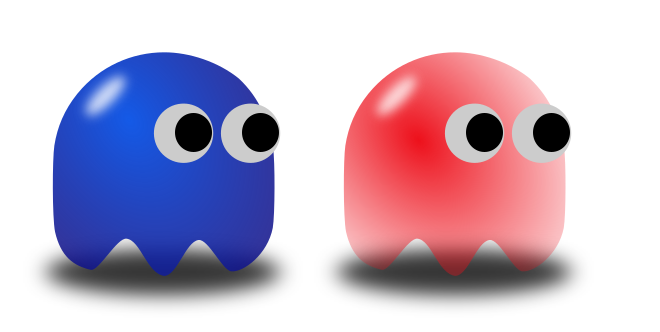 Tracing bitmaps(the skill for lasercuttter engraving next week)
To use the tracer, load or import an image, select it, and select the Path-Trace Bitmap item, or Alt+Shift+B.
The user will see the three filter options available: * Brightness Cutoff * Edge Detection * Color Quantization 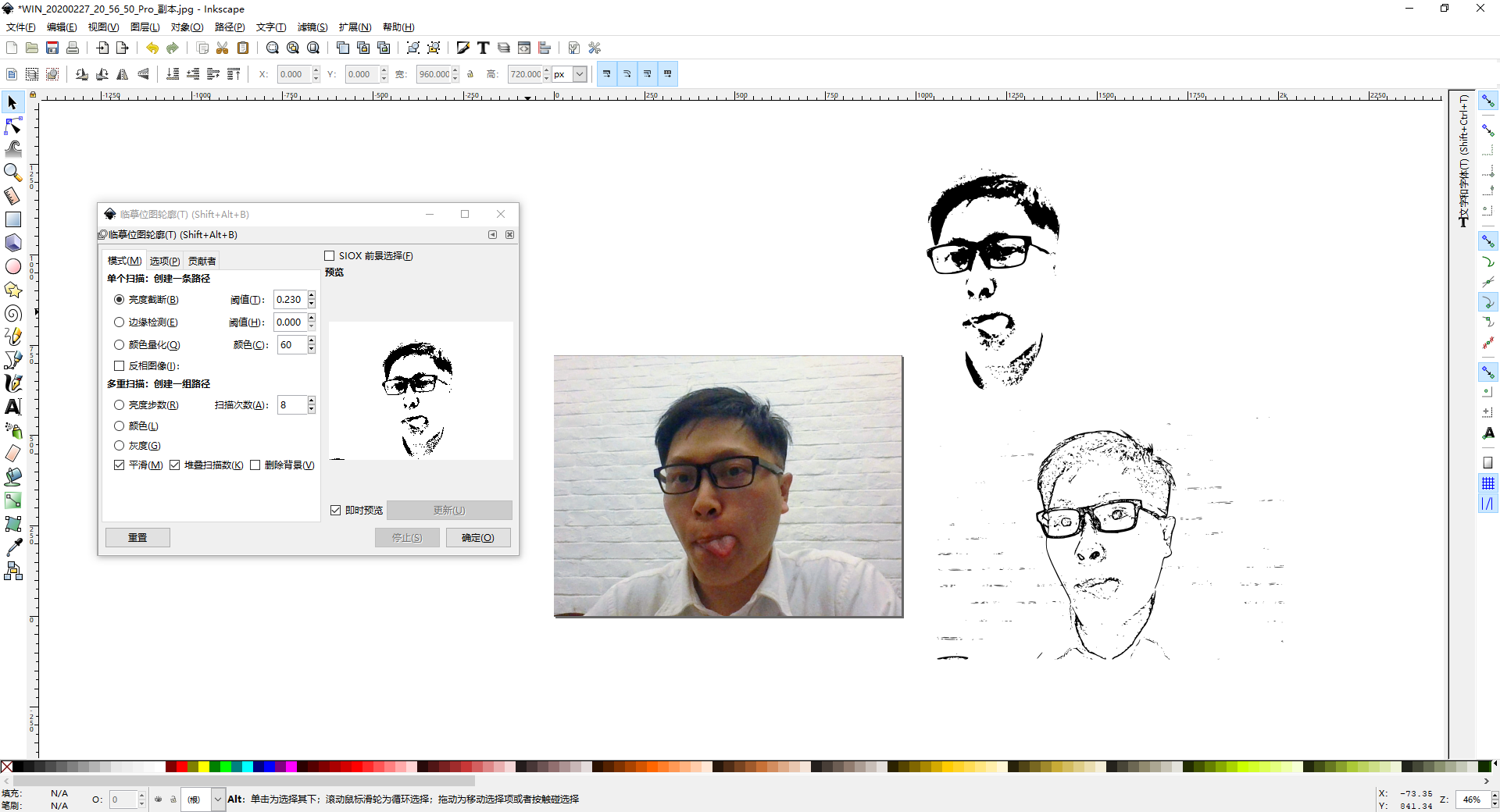 I have tried many different seeting/threshold for testing the image. I think it is a very useful skill for process the image for laster cutting.
After tracing, it is also suggested to use Path-Simplify (Ctrl+L) on the output path to reduce the number of nodes. This can make the output of Potrace much easier to edit.