How can I use this in my final project?

The steps for this assignment

read all about this group assignment

I Used the NodeMCU (with a ESP8266 on it) in my lessons, but never had a ESP8266. In the datasheets I found info and it is available in the grouppage, but this HackAday page explained the ESP8266 is not one chip it is the ESP8266EX, A flash Memory and some components. Most ESP modules we have cover the two chips. Together they are revered to as ‘MOD’ i think from Module…

I found several Flash chips next to the ESP8266EX. I looked up the datasheets for the Flash memory

Different Flash Memory chips in the ESP MOD. Below some I found.

So this is my quest to do so. I used this instruction to get me started. Program ESP8266 module 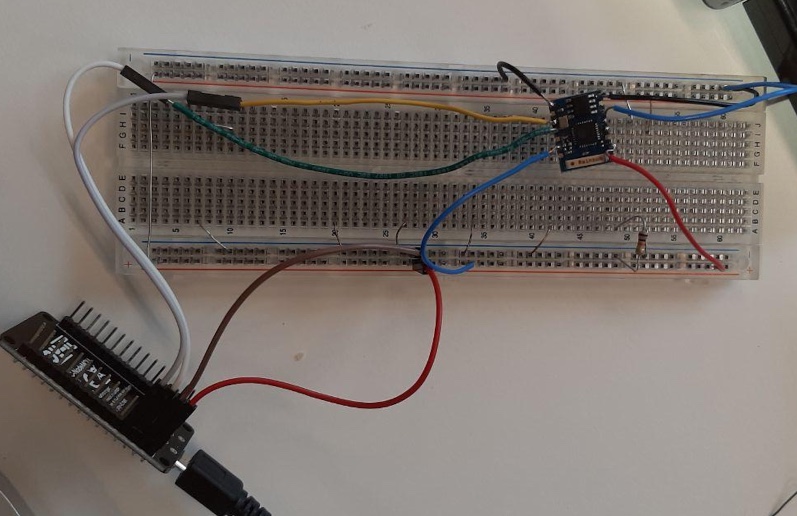 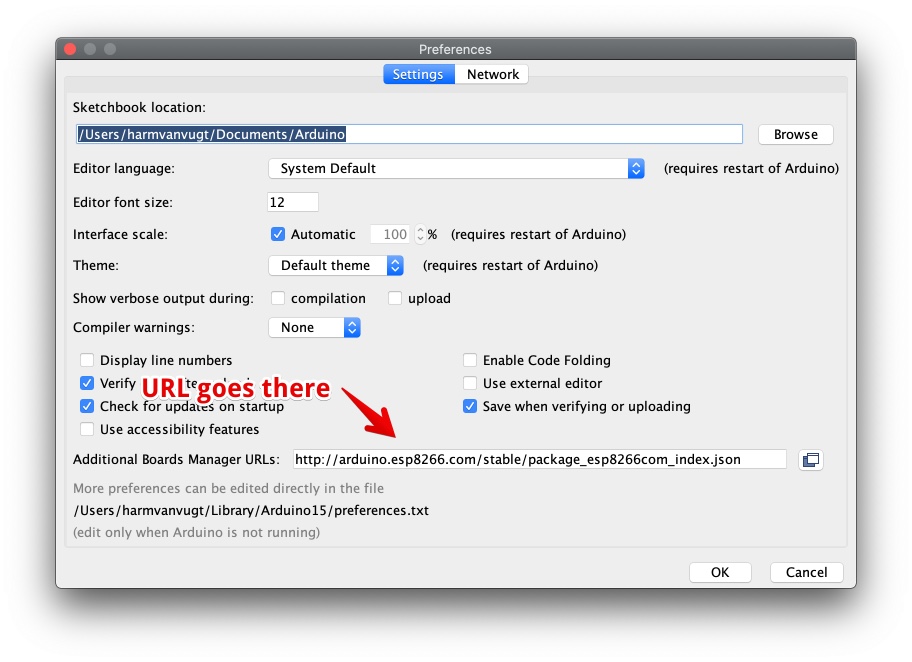 4. Program a NodeMCU with VSCODE

Platform IO was mentioned by Jules (inter at de Waag). On the Platform IO website they describe it as “PlatformIO is a cross-platform, cross-architecture, multiple framework, professional tool for embedded systems engineers and for software developers who write applications for embedded products.” And it received the “best Software and Tools in the 2015/16 IoT Awards.” since my final project is a IoT project, so it is very interesting to test. Here we go!

To use Platform IO I should change the Arduino Files to convert it to proper C++:

To work with PlatformIO all Arduino files have to be changed to clean C++. Since I plan to use a lot of excising code from examples (this is the only way to get it done in time) I leave PlatformIO for now. If have to much time it is definitely a cool tool to start working in one day…

So I looked for ways to drive multiple outputs. Well described in my. I found a multiplexer in a Kit a took from my University just before it closed (Due SARS2). It is the CD74HC4051-EP With Trough-hole pins.

But this didn’t help me so much to know how I should connect my VEE leg?

But the LED was still on!!! 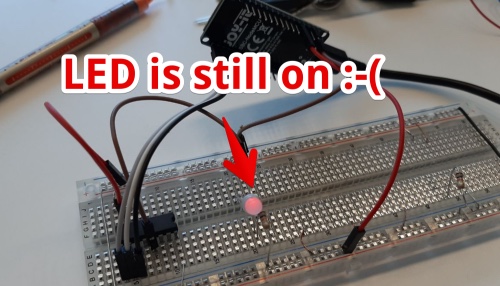 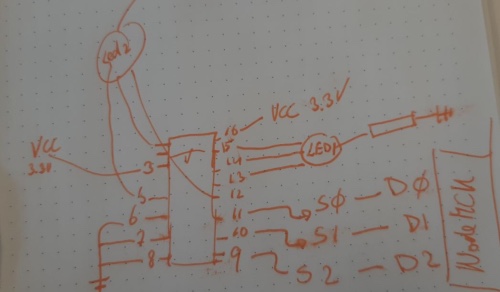 It shows multiplexing is working! I have 4 LEDS (4 colors) burning with just 3 legs attached.

But something is still wrong,

the blue color of the left led is not on. 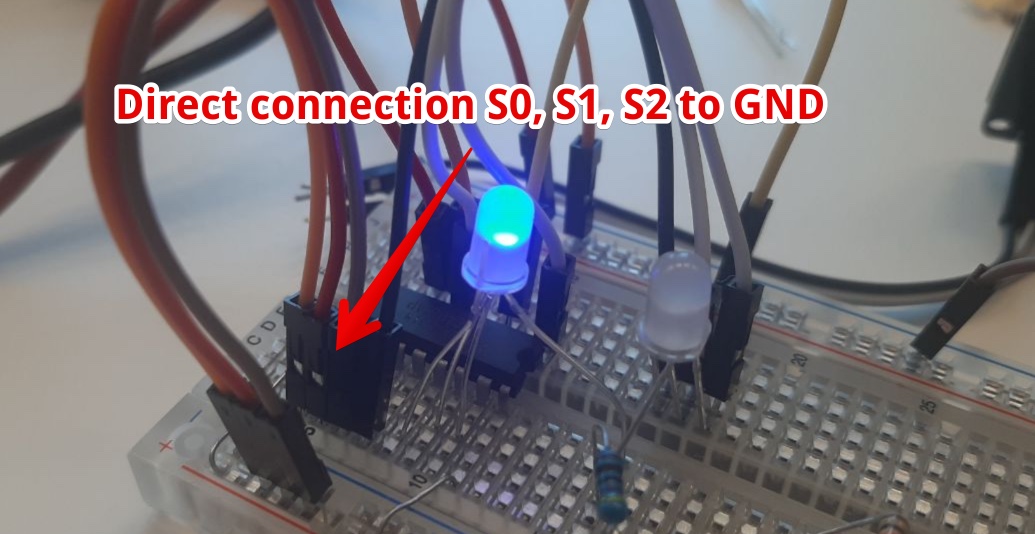 This worked, the A0 LED was now high. So problem solved. But why??

Final conclusion for this week

Biggest Mistakes and lessons this week