Read a microcontroller datasheet and program your board to do something

compare the performances and developemnet of diferent workflows

i've pushed a test on the final board programmed

Test on the morse code

this assignment has various steps

i choose to do my very own version of the samdino made by adrian torres from fablab leon.

altough he made a terrifyc job i´d like to make use of the THT components i have at my disposal at fablab queretaro.

i talk more about this design on electronics design week tough.

i choose adrian's samdino version because of his documentation it's very clear and straight fordward.

the first thing i noticed is that has 14 pins

then it has 16KB of flash memory

and unlike the atmega328p i used before this MCU runs on 3.3v.

mcu pinout from the datasheet

it has spi,I2C USART comunications protocols compatibility built in

HERE you can check the assignment on electronics design i did

also HERE you can download the EAGlE files on this board

also HERE you can download the EAGlE files on this board

take out the board from the cnc

weed it,clean it and probe it with the multimeter

Stuff it and probe it once again with the multimeter

I choose to use an adapter in order to flash the memory out of the samd11c, because i have to do this step once and then the traces on the board become useless.

this is the adapter i used to flashe the board

HERE you can check the specs

this is how i conected the swd programmer

this is my setup

download the binary for a generic SAMD11C chip from HERE and place it on the same directory as the edbg,openocd and free-dap binary file

You can do it under file/preferences

Only then you'll be able to install the MattairTech core boards

you can do it under tools/board/board manager

Select you com port before you upload the sketch

Also i did a button testing on this week

this is the code i use

HEREas always you can get the file .ino from here or in the "links and reference" section

an this is the video

so i decided to do a morse code translator because i think it's simple enough to be using the power supply on the usb of a laptop and not burning it.

The principle of the morse code is really simple each letter of the alphabet get translated into discrete pulses of light or sound divided by silences or time lapses where not light or sound is emited by the source.

below it's a scheme of this letters translated into dots and dashes separated by blank spaces of silence. 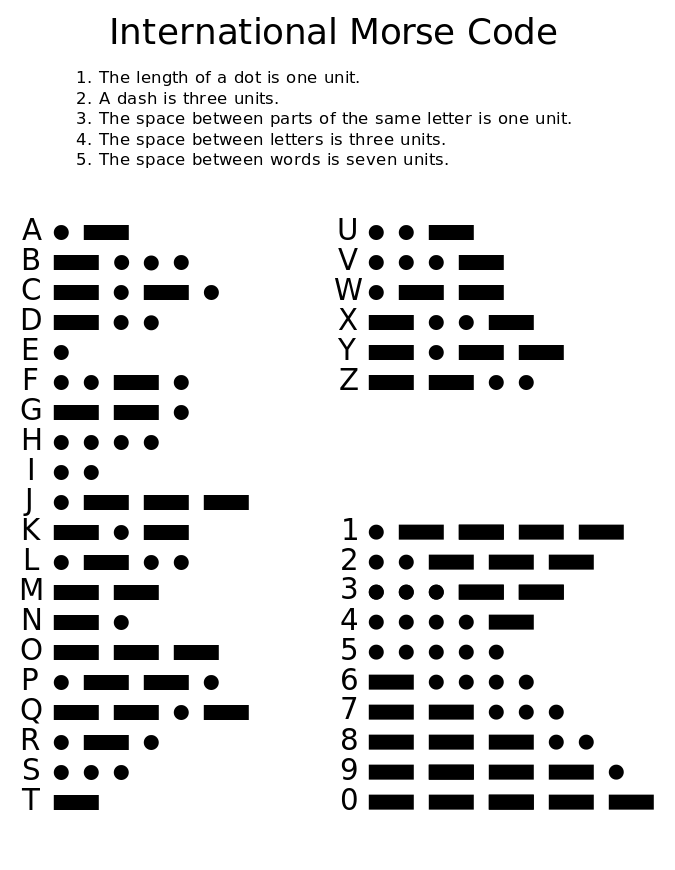 this picture i took it from a tutorial HERE

the article does not authors a person but an "editorial team"

so this is an excelent resource to find diferent code examples and well explained.

i'll try my best to explain how it works on the comments of the .txt and .ino files

just 3 wires 5v, gnd and signal comming from pin 2 on my board

for this code i use one pin as output(specifically pin 2 on my board).

because i'm only using nested IF statements and functions. i do not need to call for any library

then the function 1A() it's called later outside the void loop

for the example of the caracter A or a

so the dot function is

this is just for the letter A

also all of the lines are commented on the text file below.

this is the code on this test

comparing this board with the old attiny gen 44/84/45/85 and so. This workflow is a lot more simpler and straight fordward.

i would never have done it with out adrian's documentation.

blink file for the luisino