This week, I learned about “Laser Cutter, Vinyl Cutter.”

Initially, I started to do my operation from Vinyl Cutter....... It is also known to be sticker cutter.

Before designing the sticker, I got to know about the vinyl cutter..

The Key Factors, which plays an important role in controlling vinyl cutter are :-

This is the Vinyl Cutter in Bangalore “Fab-Lab”¶

The Vinyl Cutter that we use in the FabLab bangalore is a “GCC AR24”. The software used for running this machine is Easy Cut.

After, learning the basic operation of vinyl cutter. I started to design my design… The operation, where similar to the printer.

This are the Settings, Which I feed to vinyl cutter to cut the stickers…¶ 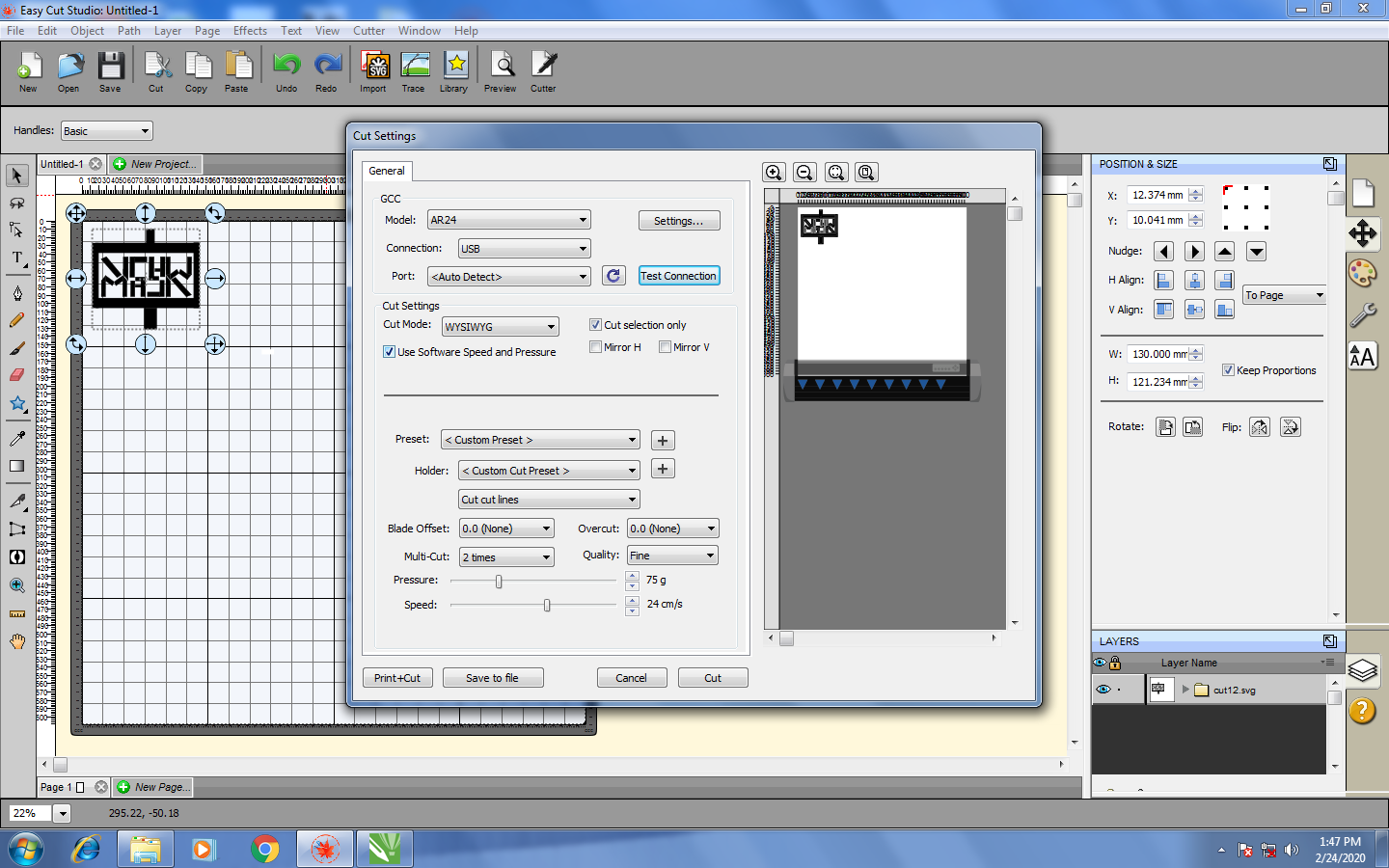 Like this, the sticker is feed and placed in the vinyl cutter.... & now it is ready to cut..

My 2D Design, which I going to Cutted by Vinyl cutter..¶ 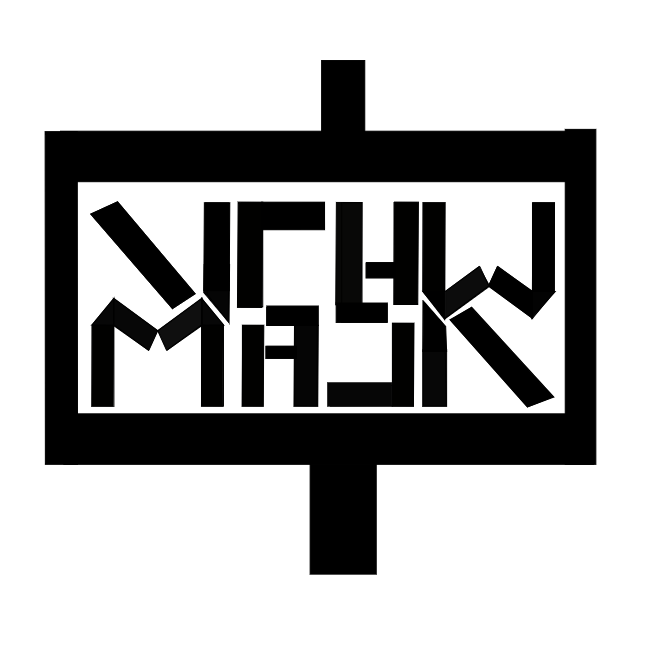 The Challenges, faced during cutting my design…¶

As the Software “Easy Cut” had some license issue, I was not able get the sticker, properly for 2 times....

The software, I used to cut this sticker was “Easy cut Studio” and it is licensed software, gives 30 days free trail verison..

the use of this trail version, has a in-build setting of making a cross.... after every sticker cut. which you will see in video.

But, this issue was secondary one.. the primary issue was, I didn’t design my design properly…

The problem caused in design was actually, while i was designing my stickers, I stacked my design one, above the other and didn’t group the pictue as a single group… Hence machine was not able to verify that, it is an outter border or an join.. and it took a more time to cut…

This is the video, of my failure....¶

Then to rectify this issue, I took a screenshot.. and placed in the software to print.

This Picture will make you understand better..¶ 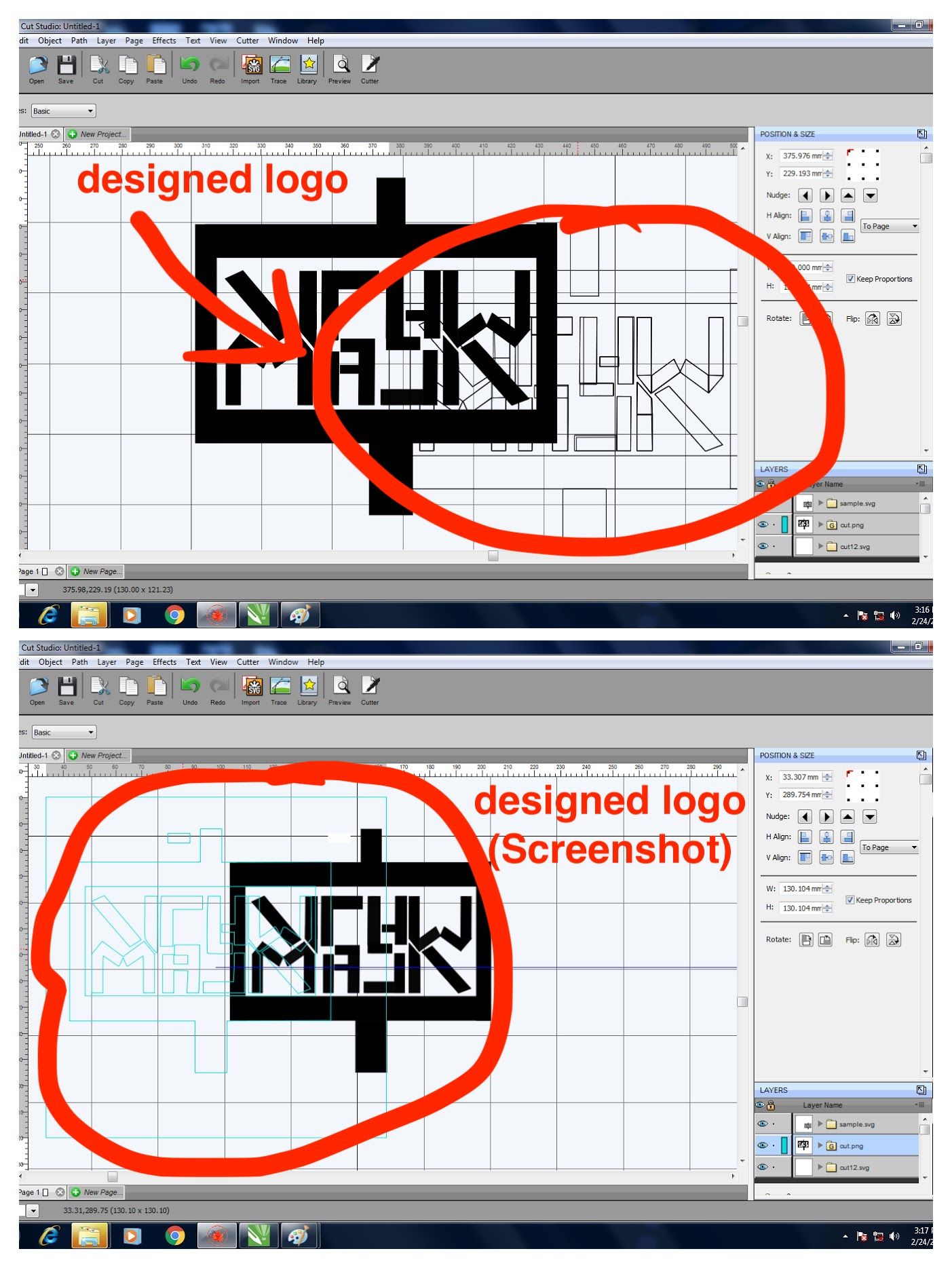 The 1st picture, has lines in side the logo, due to that, it was failed during cutting… and the below picture has the clear outter line, hence this sticker, gave me a perfect one...... 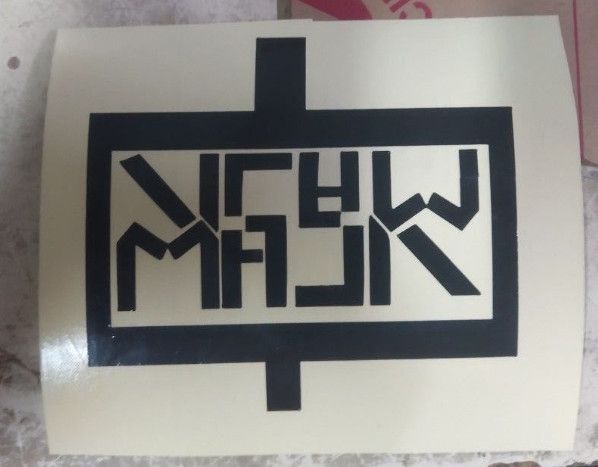 then… i used a tape method, to stick the sticker into laptop...... This method will be updated in the future..... 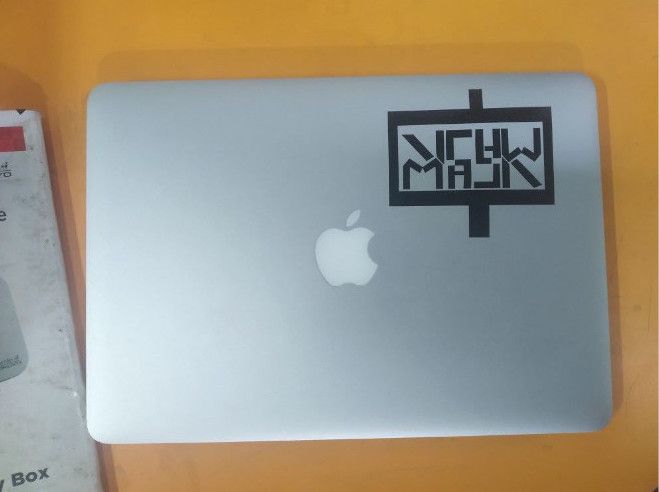 Then, In the following days, I learned about laser cutter, operations… and it’s principles.....

In Bangalore’s fablab.... We have 2 kinds of Laser cutting machines.. That are:- 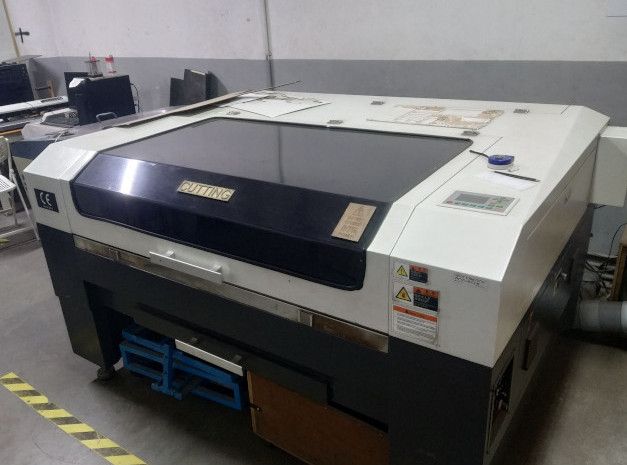 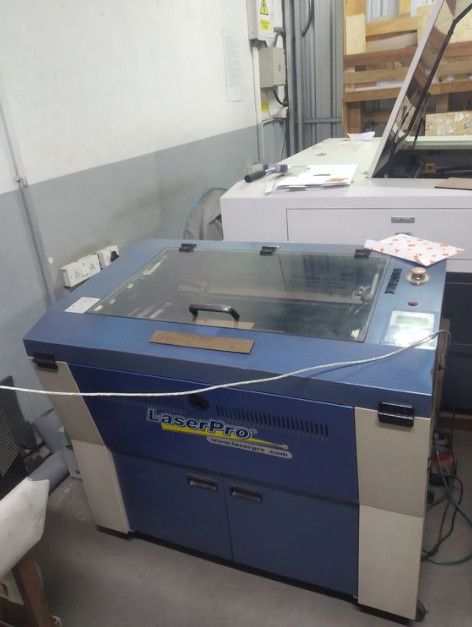 both the brothers’ can do both cutting and rastering....

Fun Videos.... During Learning about the laser cutter....

While working, I was confussed with focus/focal-length. After this experiment, I understood what is the diiference between focus and focal-length by watching this video..

After This I tried this experiment. It took a long time for me to understand focus is similar to focal-length

With this, I started to recollect some basic knownlegde in optics… from my high school and I totally spend my whole time with laser cutter. I did many experiment, then I understood the key concepts and terms of laser cutting.

Then, I was told to check the focus of the laser cutter.

This was the Result. 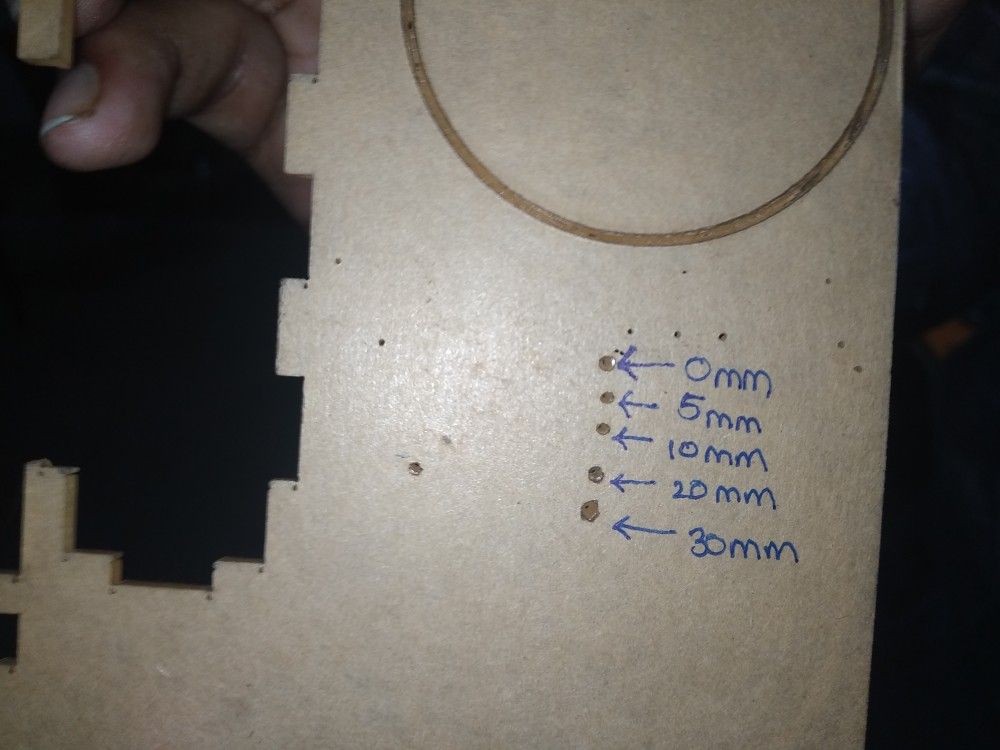 This should be placed before a source(Light) for observation.

After measuring the focus, I made my standered focus adjuster of my own. With That focus.

Here is the Picture of that.

After, This I made my matrix of Speed and power. In this test, I kept power constant and varying speed.

Here is the Picture of that. 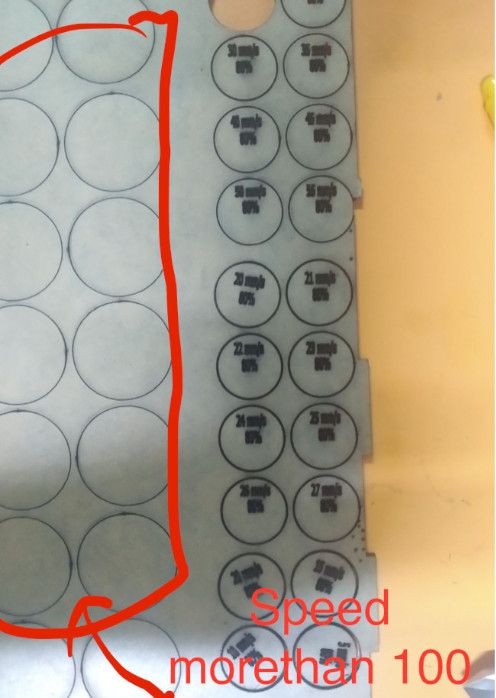 From this, I came to the power of Speed in Laser cutter. 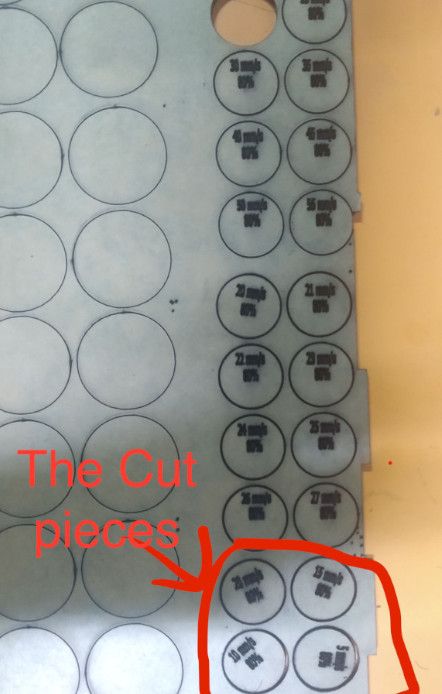 But, 20mm/s is the maximum speed that, it can cut 3mm Acrylic sheet. Moreover, speed and power varies as per material.

For example, I tried same speed in the cardboard which is having 7 layer flutes cutting. This got burned.

While changing speed, this was the result. 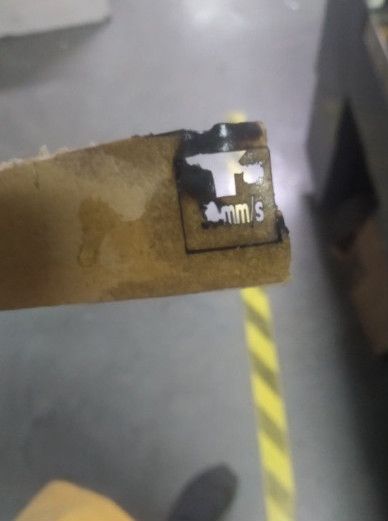 I have did the 1st part of group assignment. Here it’s video of the test

Here is the Photos 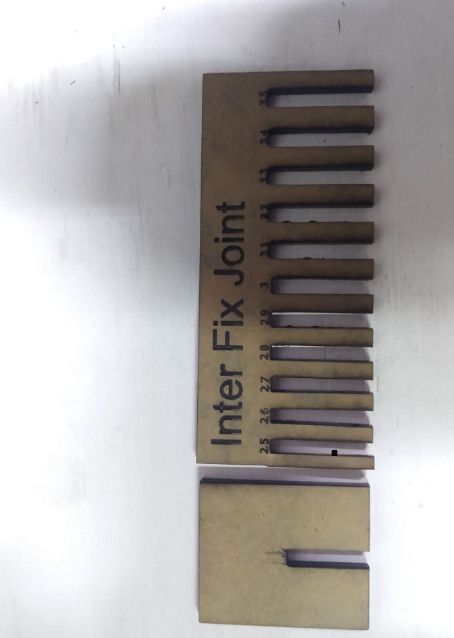 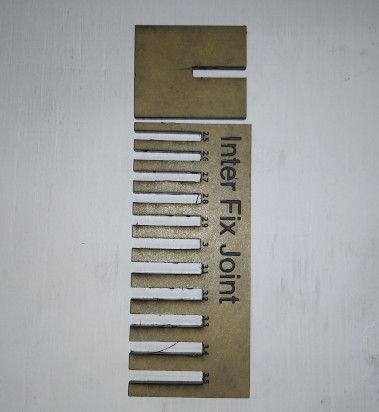 The material learned to cut with laser are…

This is my parametric design, which I did in acrylic sheet. This design is also know as “Microbot” from the movie Big Hero 6.

Then, I have drawn parametric design..... 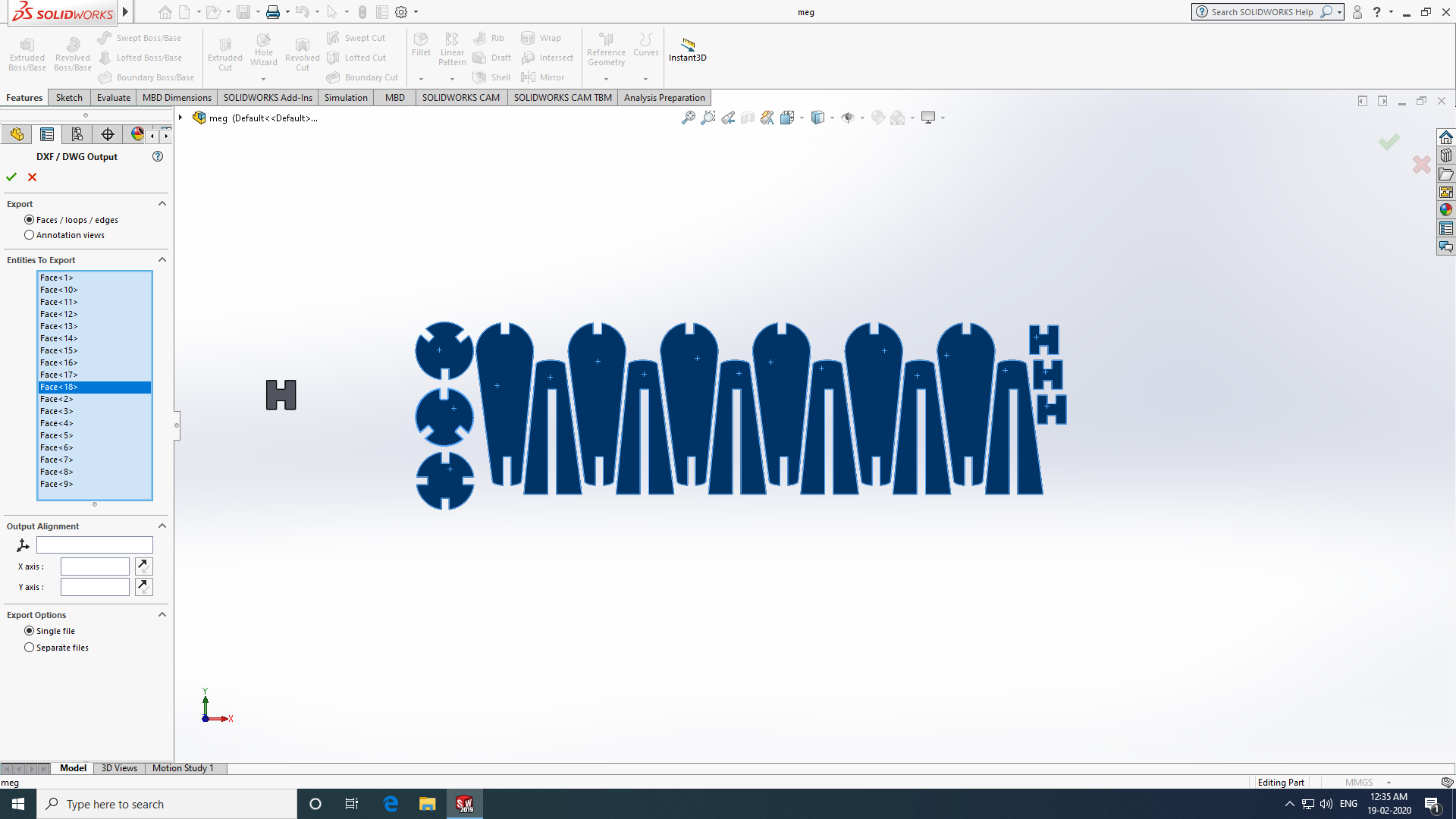 This is the video, of my machine operation…¶

The final test Demo, After assembly..¶ 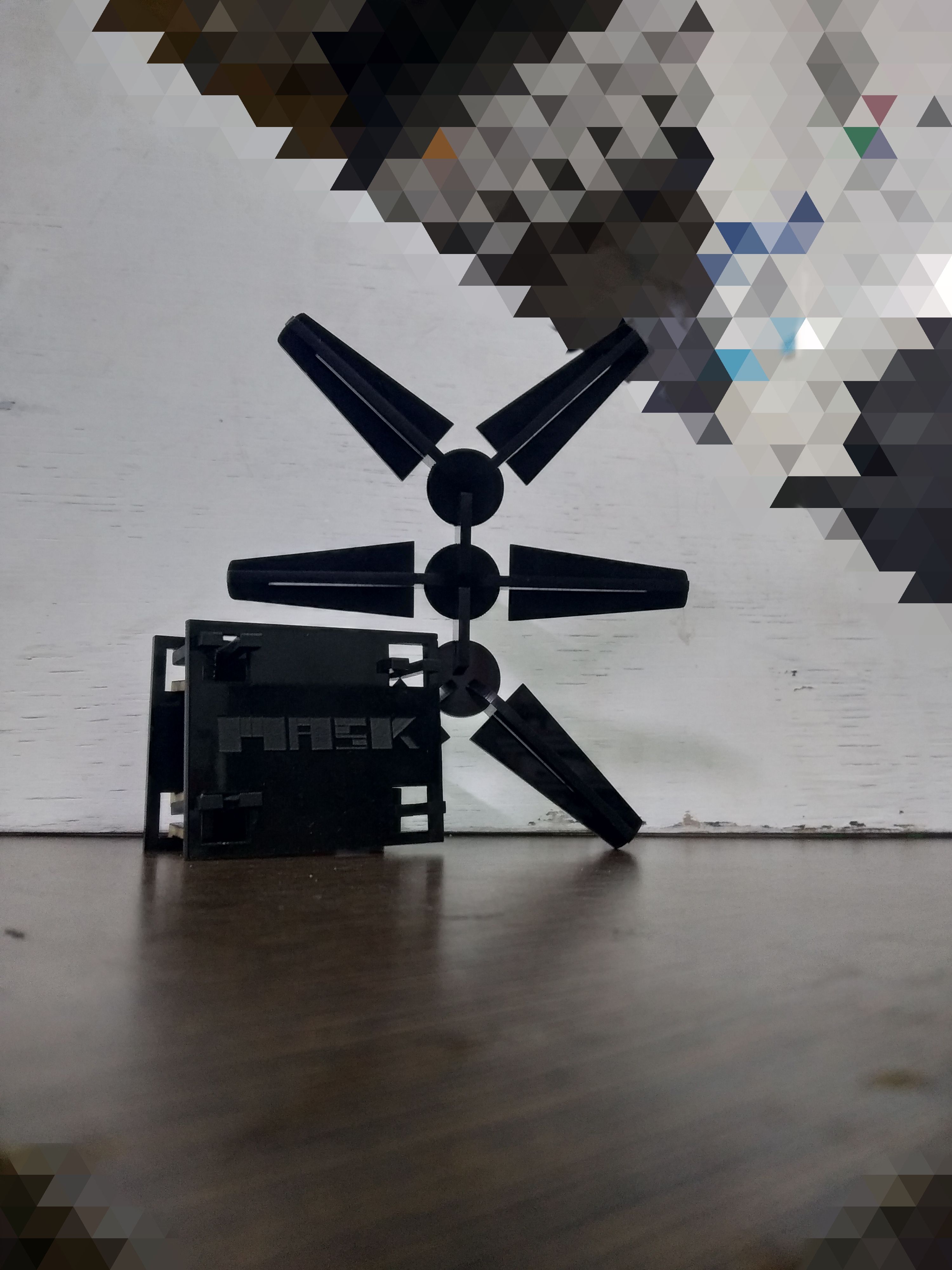