This week we learned about project management and will create a static website. I made some websites in the past but never heard about static websites. We have to put the website on-line using Git. The website should be a template for the upcoming weeks, according to everyone this have to create a static website using markdown pages and set up a structure for our documentation. With no experience in git this week and a strong urge to make a proper website and a good template for the upcoming weeks, it is challenging from the beginning.

Assignment Create a public website displaying your profile, your progress, your steps and your learnings

The steps for this assignment

0. Set up a local webserver

Prior to the instruction how to make the website it started seting up a local webserver. At the end I didn’t need this webserver.

First we played around in Terminal, browsing to folders and looking at files

How to escape the VI editor

Sometimes the VI editor opens, the only way to escape this in the past was closing the terminal. Being scared to terminate processes, while close to a Fabacademy deadline, it is important to know how to close the VI editor.

2. Gather screenshots & images for my documentation

I know i have to create a document with images and screenshots. With mac you can use Command-Shift-4 to save a part of the screen, but I don’t want the images in a random folder. How can I change the folder where the images when captured? “Shift, Command, and 5.” will open the screen-capture App, turns out default is ‘desktop” I changed this to ’Documents > screen captures’.

take pictures When looking at the documentation of 2019 students I’m sure I need to take a lot of pictures. My phone has a decent camera, but how can I get the pictures from my phone? Without using an cable? I chose AirDroid, the setup was more or less like Airdrop (Mac file sharing over the air). It is fast and works.

So now I’m set up to gather images!

Use images on your static page

Git is a version control tools. Used to keep track of the changes in files and folders. It is mostly used when people are working in the same project. At Fabacademy we will send our document files to the Fabcloud server using Git. The most known Git is GitHub, fabcloud is Git too.

We installed git in class and made the directory GitPlay and my user name and email address to be able to play around with git.

Use git in terminal

Resource I uses about Git

Enter the key in fabcloud

4. Add a theme to the documentation site

Choosing a theme for my site

Henk advised me to look at Jekyll themes and Mickey’s page. Neil advised us to browse the websites from last year. Looking at several examples from fellow FabLab students The pages that really stood out where the one from Mickey. From a template point of view I really liked the width of the text. All other more visual themes used text over the whole body width, so text will be harder to read. Only disadvantage is the focus on the visual. But this will force me to create at least one beautiful screen shot/picture a week. Mickey documentation was mentioned as a very good example. So I downloaded the entire ‘site’ from git. But locally this site looked like a site without css. During Henk’s instruction I learned the markup pages where interpreted by software and generated html. So first I have to install an markdown ‘interpreter’…

It took me some time, but the Jekyll Voyager theme just suited my requirements. My college Micky used it last year, this was holding me back, I don’t want to be a copycat. But being original in documentation is not my goal here. So I download the zip with theme!

But where to place these files? Just replace everything in my original git location with the downloaded theme? What happens if I clone any Fabacademy’s student’s site, could it work? And if so, everybody would just do so?

I have to install Jekyll locally

To see my webpage (made from the Markup language) on my local machine I have to install Jekyll,

I followed the steps in the documentation

All went well, only two points I was unsure:

I decided to follow Micky’s documentation how to install Jekyll

Commands to build the page and start the server

But why? The Jekyll serve documentations points to ‘configuration’ there some explanation how to edit _config.yml, Henk mentioned the yml files a few times. Think I need to edit these later. (probably the yml version used in gitlab (_gitlab.yml)

No I have 2 sites: the downloaded theme & the site i downloaded from my Git. The biggest question was: How can I compile the .rm files and build the website? I watched this video about a basic build of a Jakyll site.

I followed the video and created a fresh blog with

This gave me a bunch of files in the location (test-site). But when I tried the

The error message was: Could not locate Gemfile or .bundle/ directory this page on stackoverflow advised me to install Rail. So i did:

This post advised me to install Rails. So i did went back to the video, to see if i can build a basic site from scratch with the example in the video. This resulted in “install the bundled gems”.

I start the Jekyll server with (within the directory):

I went to the directory of the site and typed bundle exec jekyll serve It resulted the error message: Could not locate Gemfile or .bundle/ directory

With my college Sonja looking over my shoulder I tried to remove this warning. The Jekyll docs websiteexplained how to install bundler for Jekyll. By executing

But this gave an error message “Jekyll is not currently included in the bundle, perhaps you meant to add it to your Gemfile?” I tried to check if Jekyll is really installed using

It is installed (jekyll 4.0.0). So I entered the error message in Google, and found some explanation on github Tried

But still no success…

Since the test site works with Jekyll, without errors. I looked at the difference of the gemfiles. The gemfile in my directory was almost empty. I copied the content of the working gemfile in my ‘harm-vanvugt’ directory.

again. And no error messages! 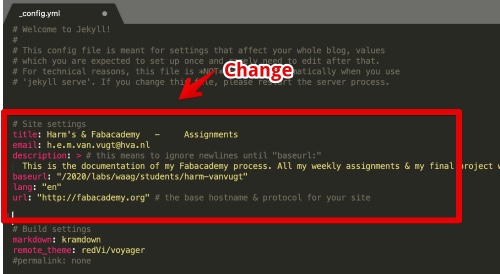 The syntax below is markdown, this is the ‘code’ used to generate basic text formating for markdown pages.

Put my images in the documentation

During the process I took over 20 screen-shots, I gave them proper names to add later to my documentation. After resizing them, I dragged them all to my ‘images’ folder on my local computer. Then I build my Jekyll site. When I looked in the image folder all where gone!

Then I realized I dragged my images to the wrong image folder (/Users/harmvanvugt/fabAcademy/harm-vanvugt/_site/assets/images). With building the site ‘bundle exec Jekyll serve’ the images folder in _site/assets/ will be overwritten.

Not to self! If you put the images somewhere in the _sites folder and build your site, all images are gone! 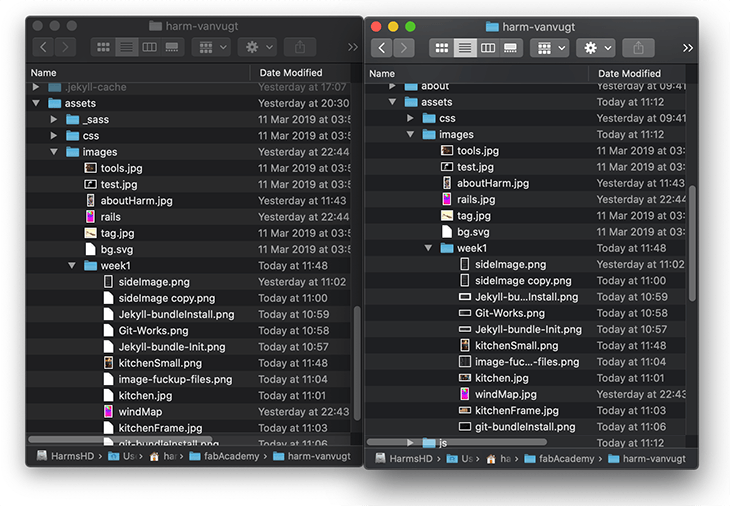 Looking at everything I pushed to the gitLab I found out it is 9MB. While my images are only a few MB. I thought about the double images both the images folders. I pushed them both to the server. This should be necessary, gitlab is building the site from the md files. Henk pointed met to the possibility to exclude files using a .gitignore file. This is how it works:

When now pushing the entire directory to the Git server _site is not included. _site is still using space for nothing.

Used these websites as a reference:

2. Sketch of my final project

This are the sketches. 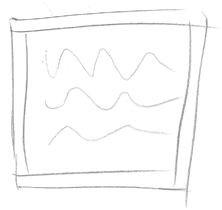 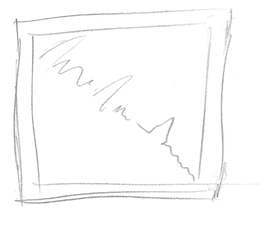 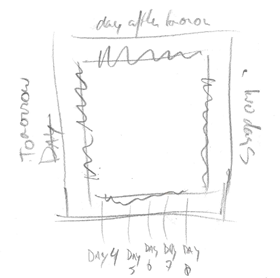 Mistakes and what I should remember