Tests of I2C communication on Arduino (and DIY Arduino-style) boards

I used a commercial Arduino Uno and Arduino Pro Miny board together with demo files from the Arduino Wire library for I2C. I connected my 2 boards as per the schematic on the example code page: 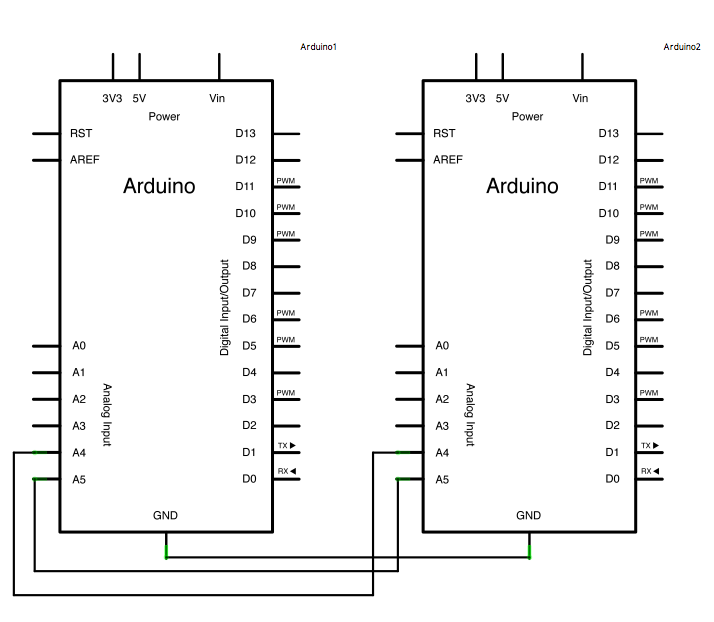 The serial clock pin (SCL, 5) and serial data pin (SDA, 4) are connected between each board, as are GND, but because the Pro Mny runs at 3.3V, I used the 3.3V VCC on the Arduino Uno to connect VCC. 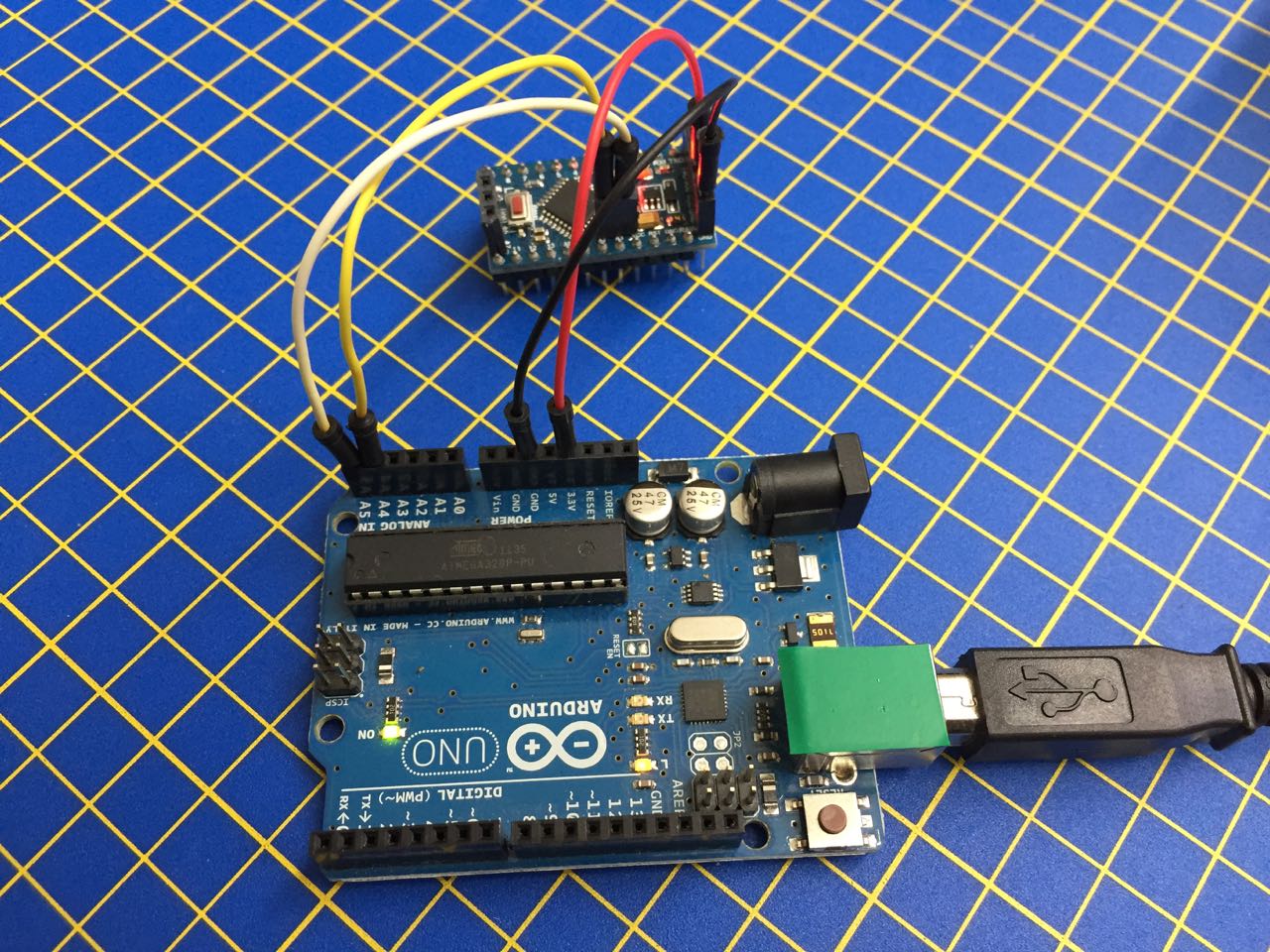 I was able to get these two boards to communicate sending serial data (characters) back and forth (using the same code as experiment 2, below).

Experiment 2: Connecting an Arduino to my Input Devices board

The board I made for the Input Devices assignment is essentially an Arduino Leonardo, so I was able to replicate the first experiment with these two boards using the same code. I just had to figure out how to access the pins on my board. Some of these are exposed on the ISP header. 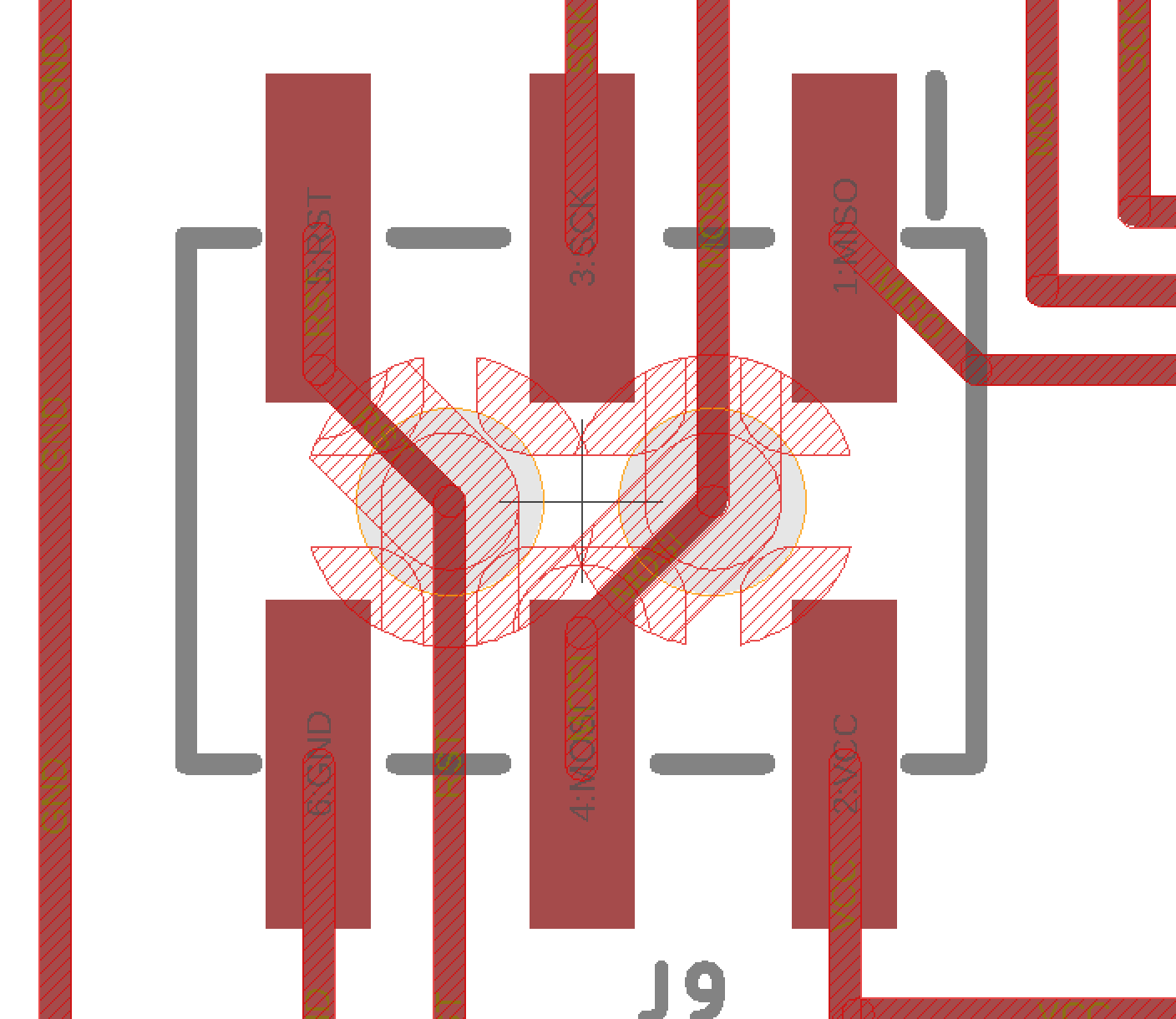 The I2C pins themselves are exposed on my 5-pin header

Using the same code as before (attached below), I was able to send data back and forth again. 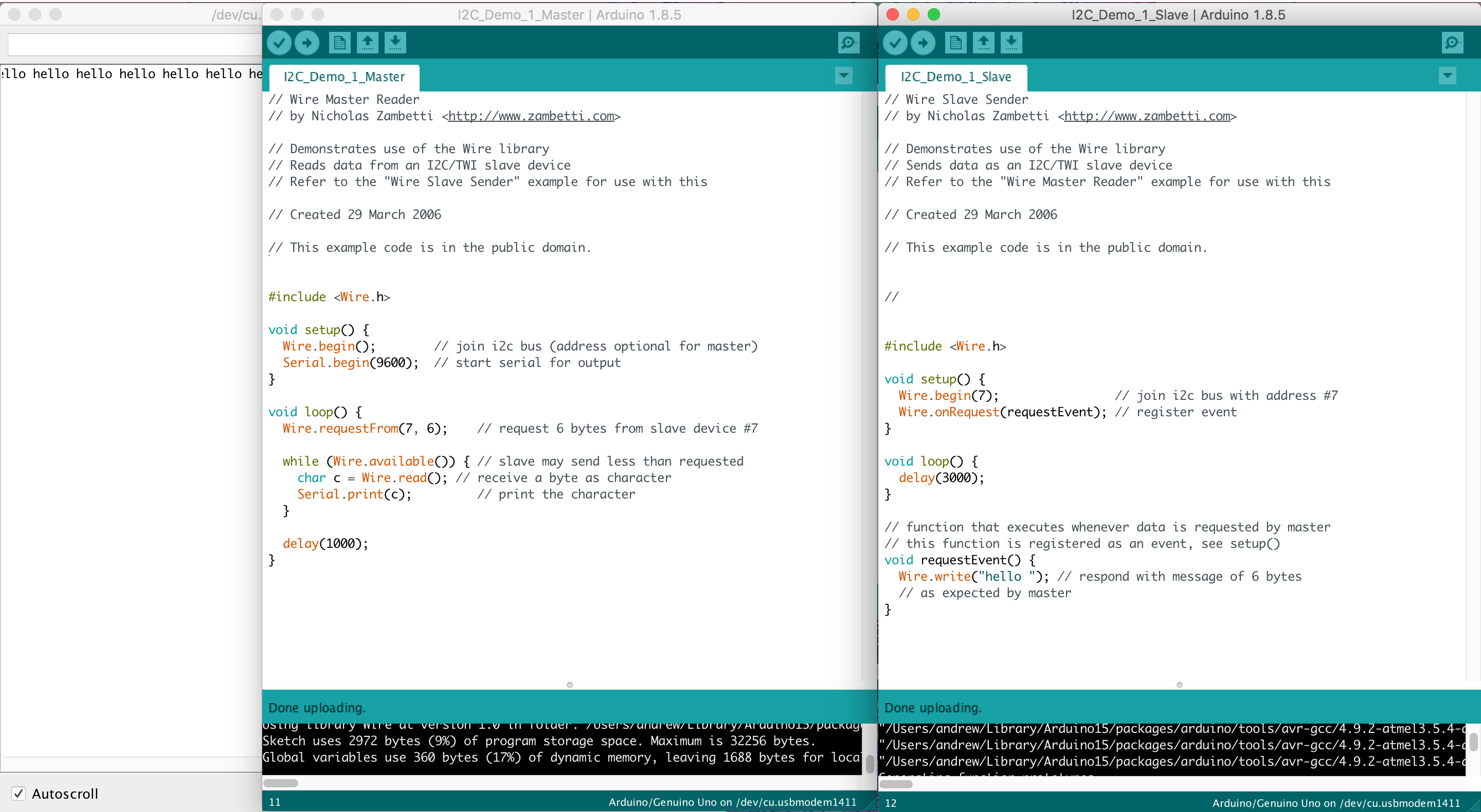 Experiment 3: Trying another way to control my Input Devices board

While these experiments showed I was able to communicate between the boards, I wanted to try one more test, to see if I could use a physical input on one, to control an output on another. So I wired up a buton to my Arduino Uno, and adapted some of the demo code so I could use it to control an LED on my Input Devices board. 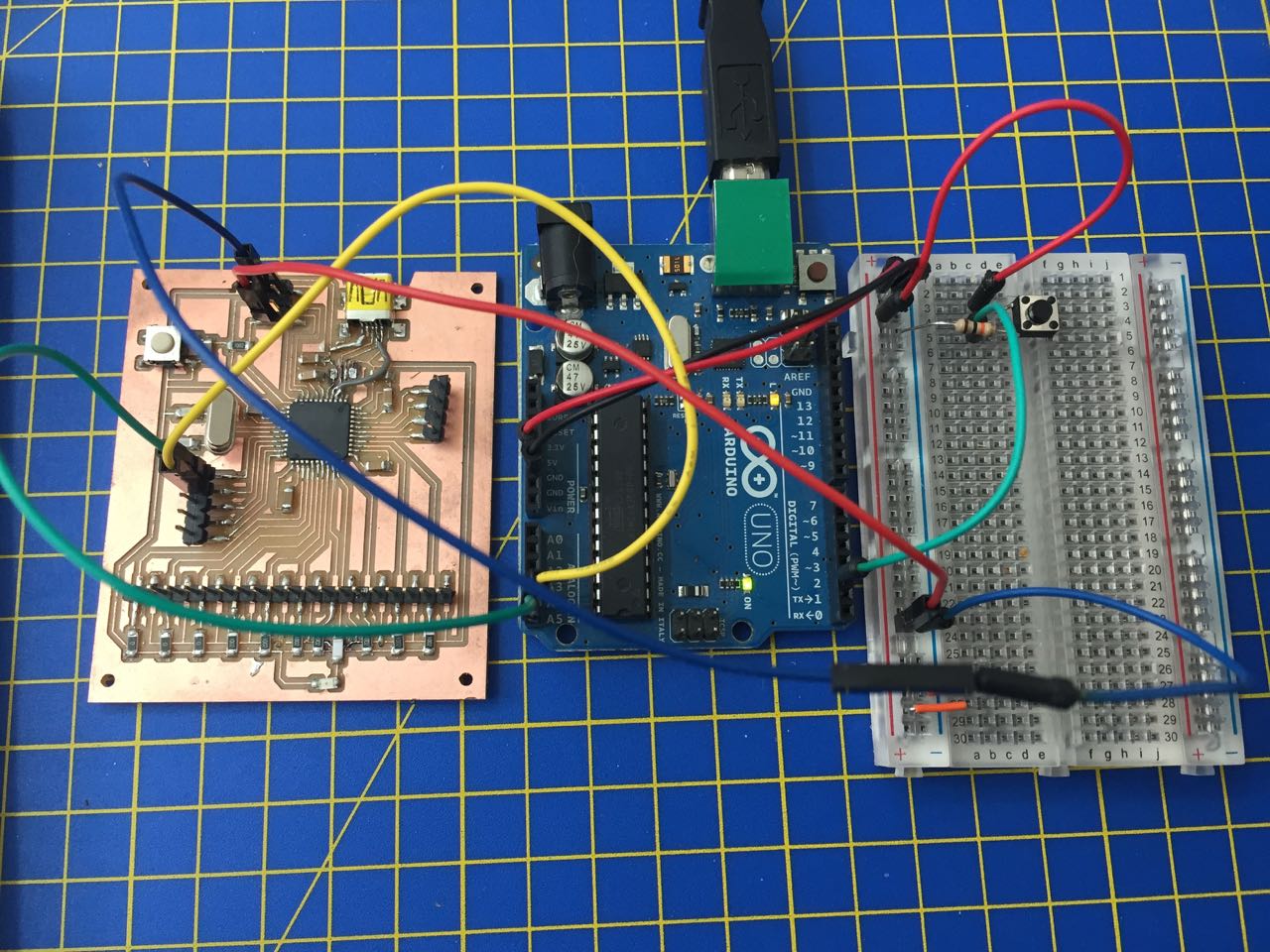 My previous code used Wire.requestFrom() and Wire.onRequest() to request and listen for data:

Here’s a video of it working:

We used I2C to communicate between different boards from the group

Experiments 1 and 2: sending serial data back and forth:

Experiment 3: sending a command from master to slave: