Interface examples for projects similar to my project:

First, I made a sketch of the user interface I am intended to do by hand. The first page is the Exercises Timeline Page that includes a list of rehabilitation exercises reqired to do by time. Then, by clicking on each exercise name, the user will be directed to the Exercise page, which includes all inforamtion about it. The following images shows how my project interface should look like. 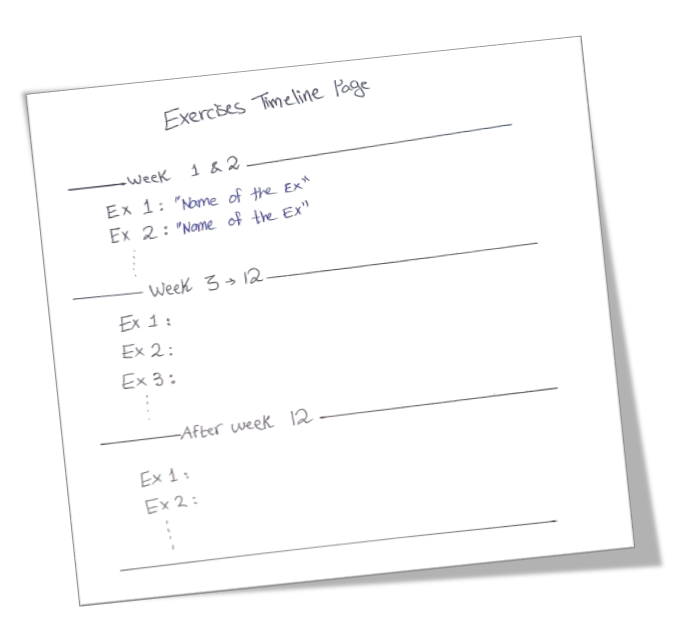 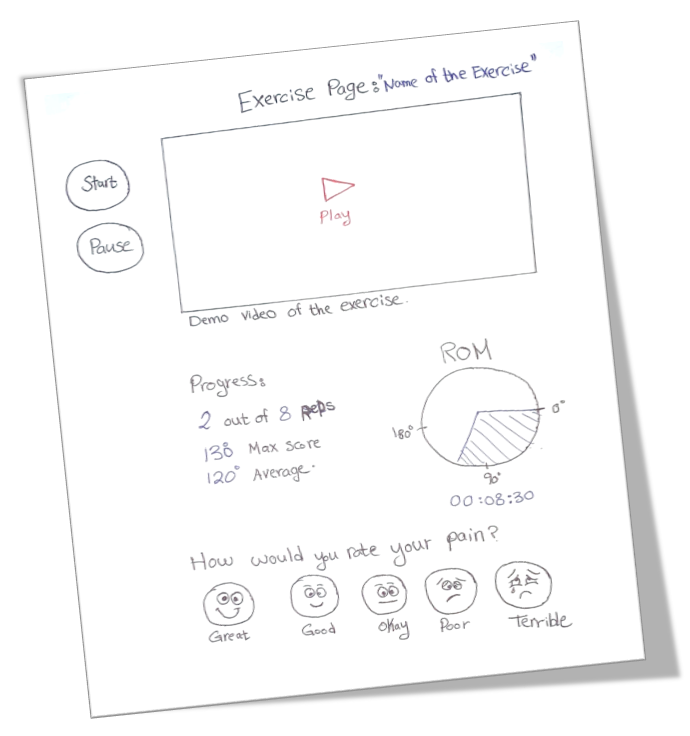 In the begnning I have created a simple program, which turn an LED on and off from a mobile device using "HC-05" bluetooth module for communication with Arduino UNO. Connection for this test is shown below: 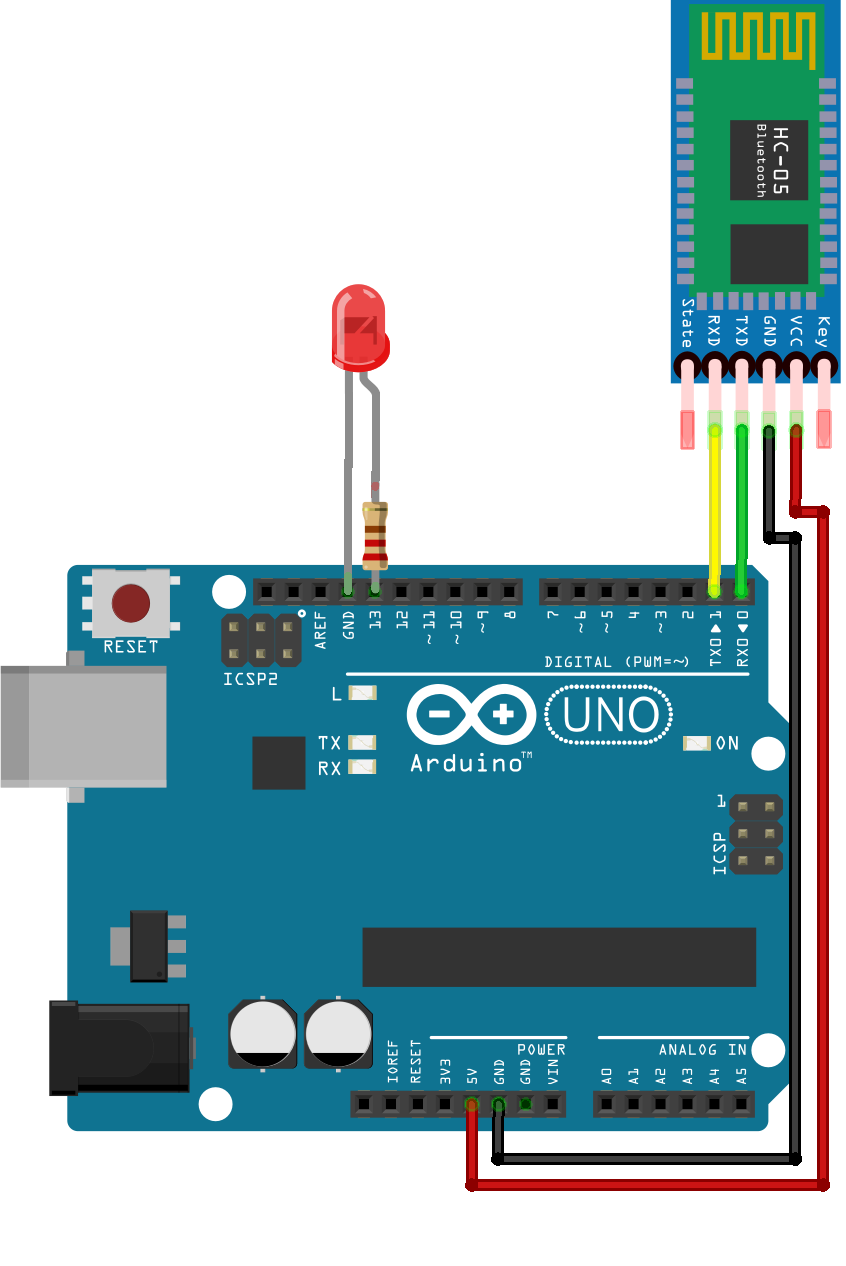 Communication between Arduino UNO and "HC-05" is over serial commands through Tx and Rx pins. However, these pins should be disconnected when uploading the code to Arduino UNO.

I have uploaded the following code to my Arduino UNO. The code tells arduino UNO to turn on the LED connected to pin 13 when the user click on "ON" button and turn it off when click on "OFF" button from the MIT app.

After uploading the code, connect back Tx and Rx pins. The next step is to build a mobile app using MIT app inventor website. It provides a free programming enviroment that is easy to understand and follow for beginners in programming.

The following screenshot shows my Designer window that contains all the components I used and shows how the app will look like when installed on the mobile phone later:

While the following screenshot shows my Blocks window that contains all the programming code:

Now the app is ready to install on mobile phone. To do that click on Build from the top menu then App(provide QR code for .apk).

Wait until the QR produced. This may take 1 to 2 minutes based on your internet speed. 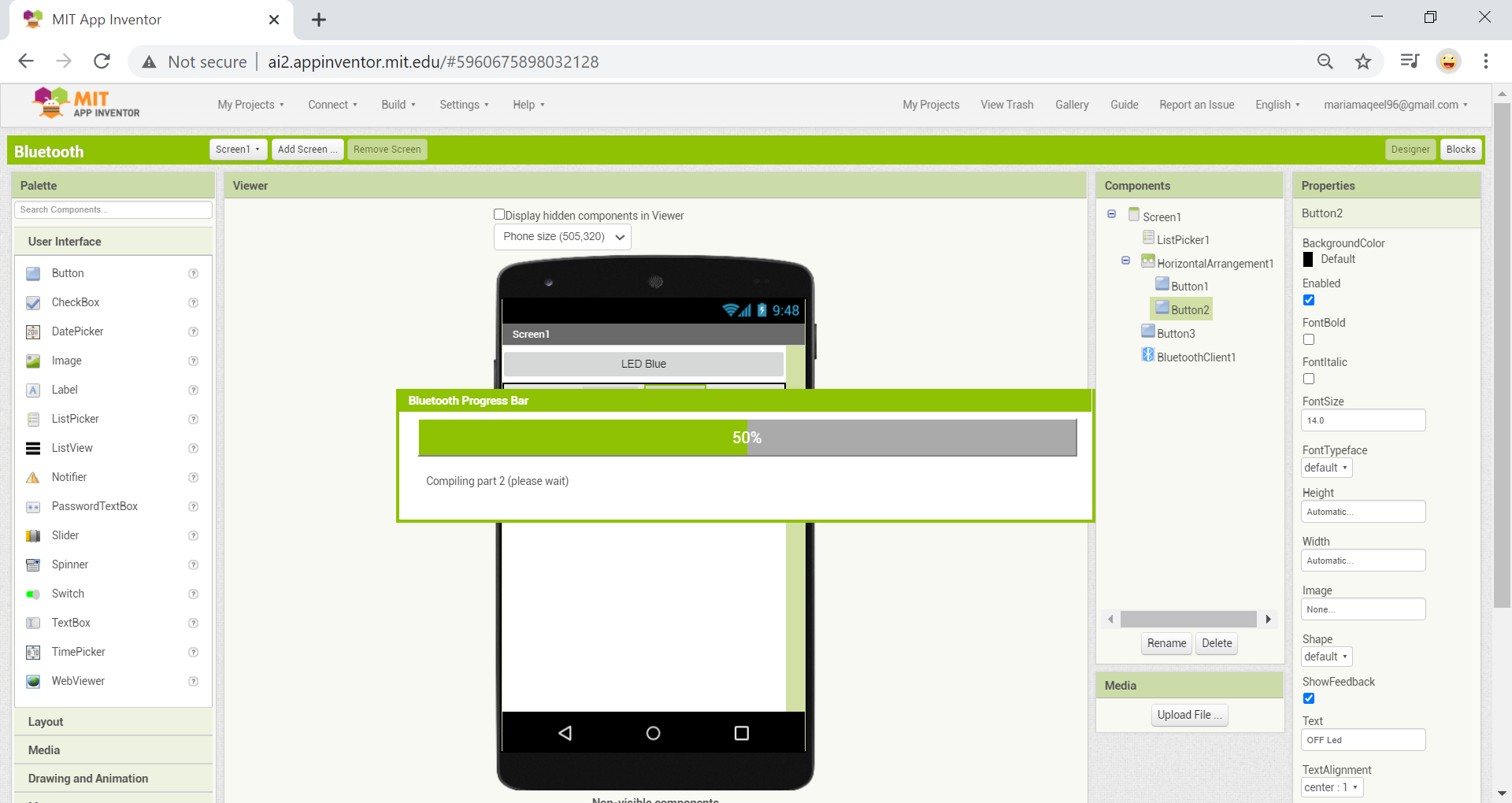 When QR code appears on the screen, open The MIT AI2 Companion app and scan it with your mobile phone.

Follow the below steps on the mobile phone to install the app:

Later, I decided to use an on board bluetooth "RN4871" instead of "HC-05" bluetooth module to save space and energy. Also, I shifted to "RN4871" because it has more advanced features that allow me to create my own services and characteristics than "HC-05".

“RN4871” mounted on my micro-controller board: 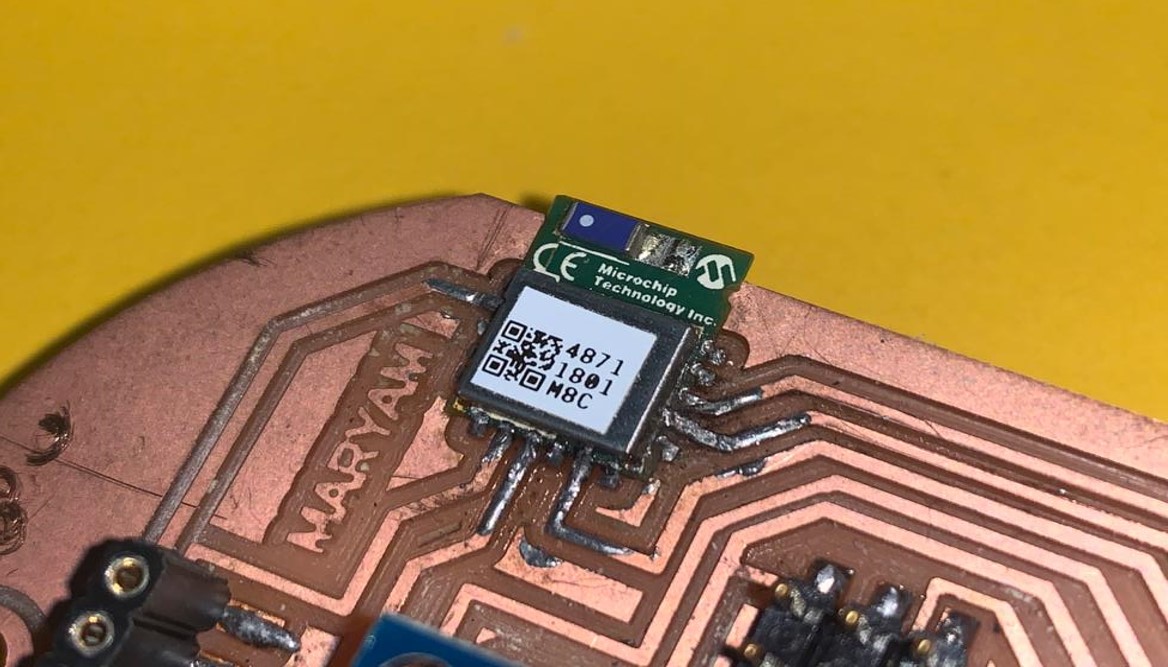 For full circuit schematic, routing and PCB, refer to point 1.3. from circuit design section of my final project page.

The circuit I did was based on RN4871 (2.4 GHz Bluetooth) components and board provided in the networking and communications week of Fab Acadmey Schedule. 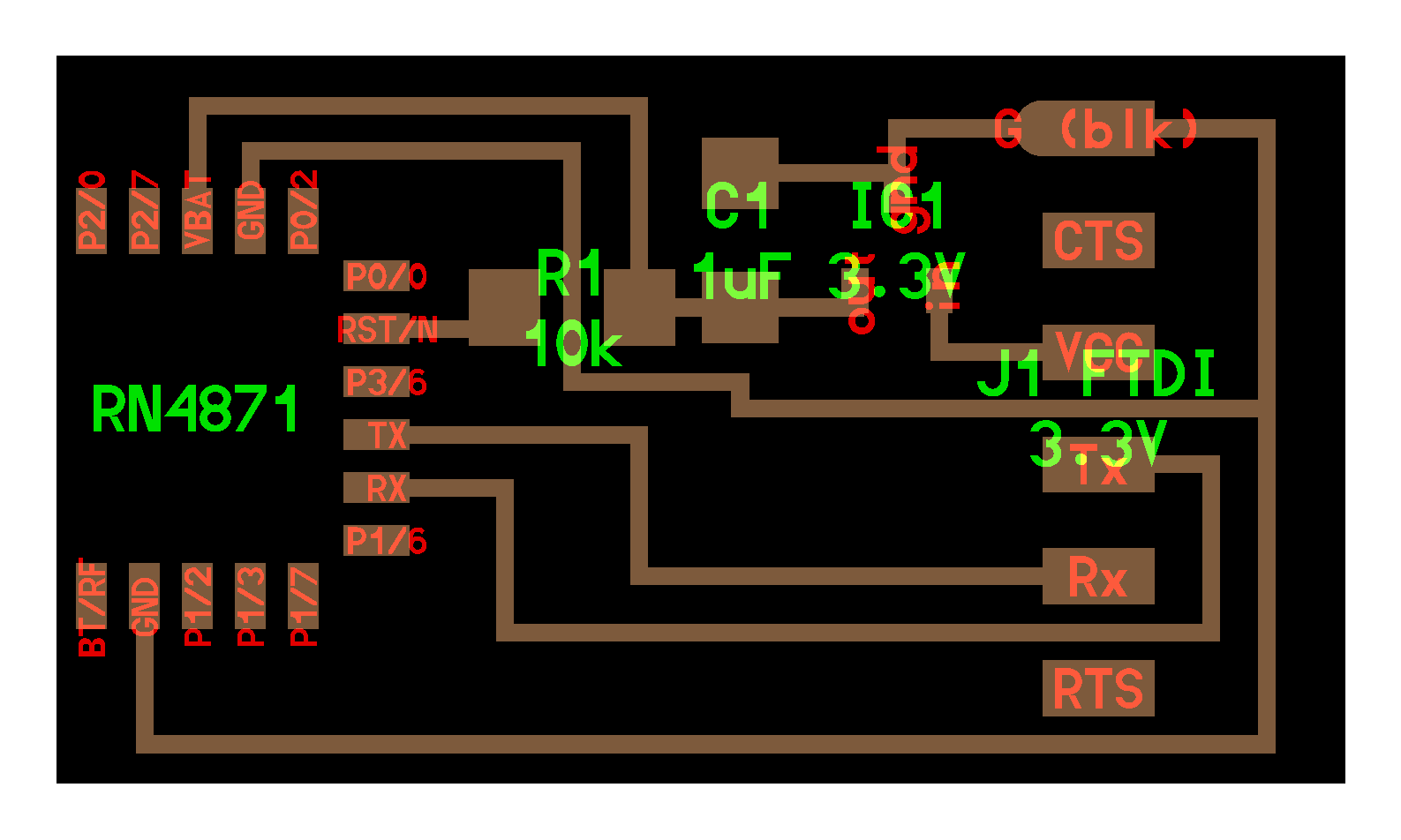 This bluetooth board works differently than "HC-05" bluetooth module since it needs to be configured and programmed as you want before running and not just plug and play as the "HC-05" operates.

Use terminal to install pyserial on your PC if you don’t have it. Type the following: 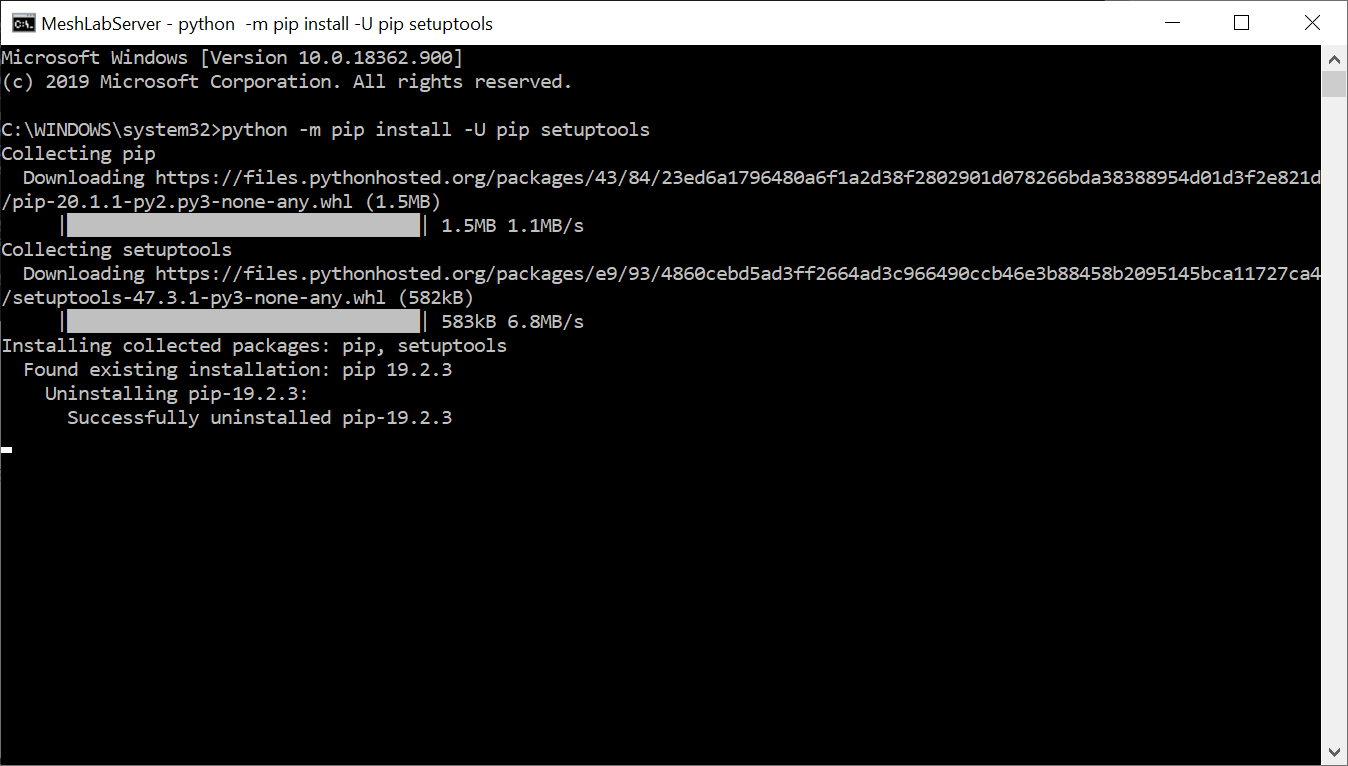 Steps are as following:

Connect your circuit that contains “RN4871” bluetooth to your PC using an FTDI cable.

In a Linux computer, open terminal and upload miniterm.py file to your board, which you can download it from here. To do that, type the following:

Note: you may change USB port numeber based on your setup.

If this is done successfully and the port is connected, you will get the following message:

Then typed the following commands to get everything working based on Neil's tutorial. This basically enters command mode, turn on ECHO, sets it in UART Transparent mode, then reboots.

However, when I first typed "$$$" and pressed Enter button, I got error message that says: "Command not found".

Later, I tried to connect my mobile phone (Android system) with "RN4871" bluetooth circuit. To do that, I have installed an app called "BLE Scanner"

From the "Near By" tab, I found my bluetooth shown as "BLE-8BE2". So I clicked on it to connect. 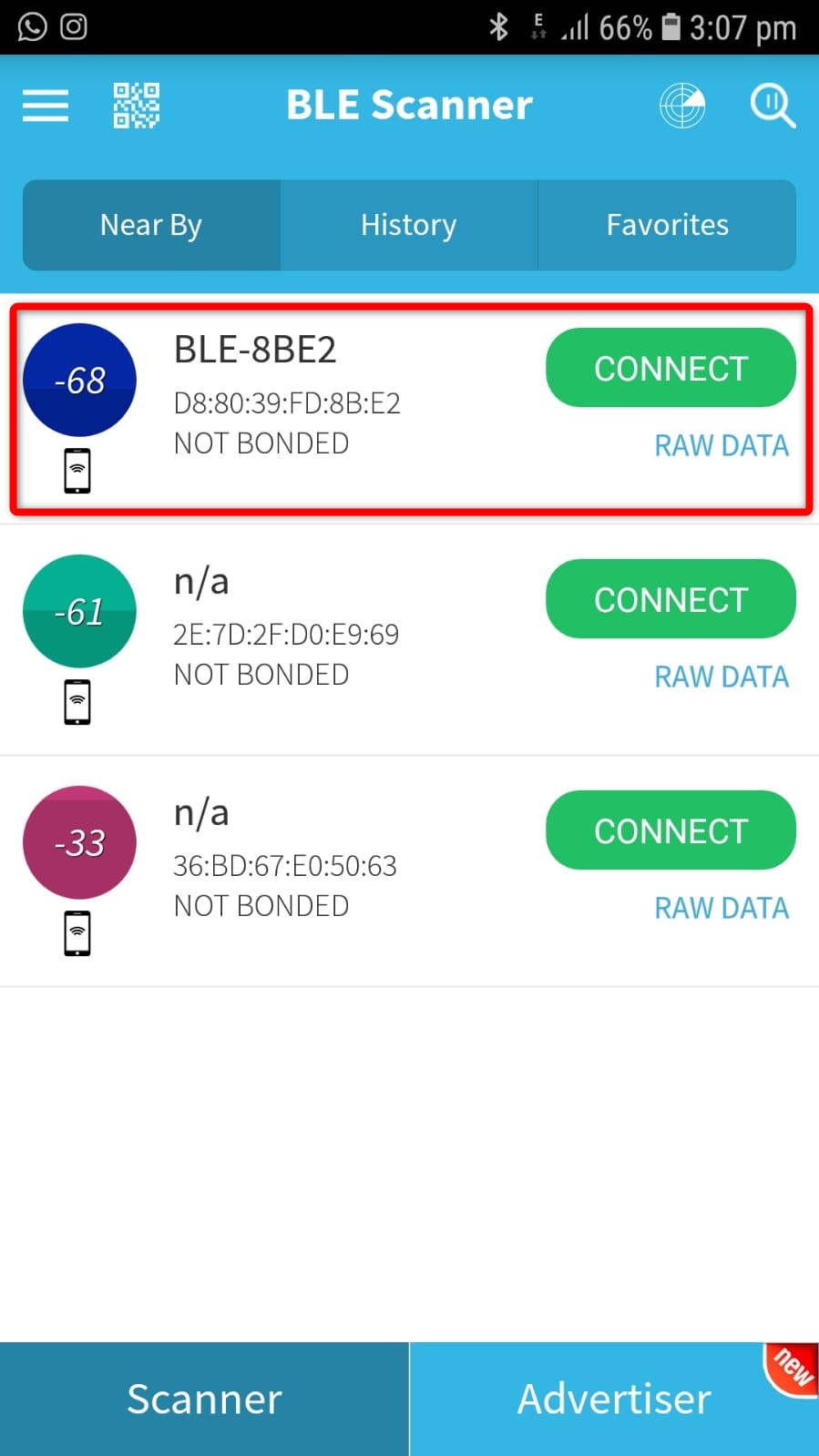 When I connected, I got the following command on my PC termianl:

So, I decided to shift to send data using Arduino IDE serial as explained in the next steps. 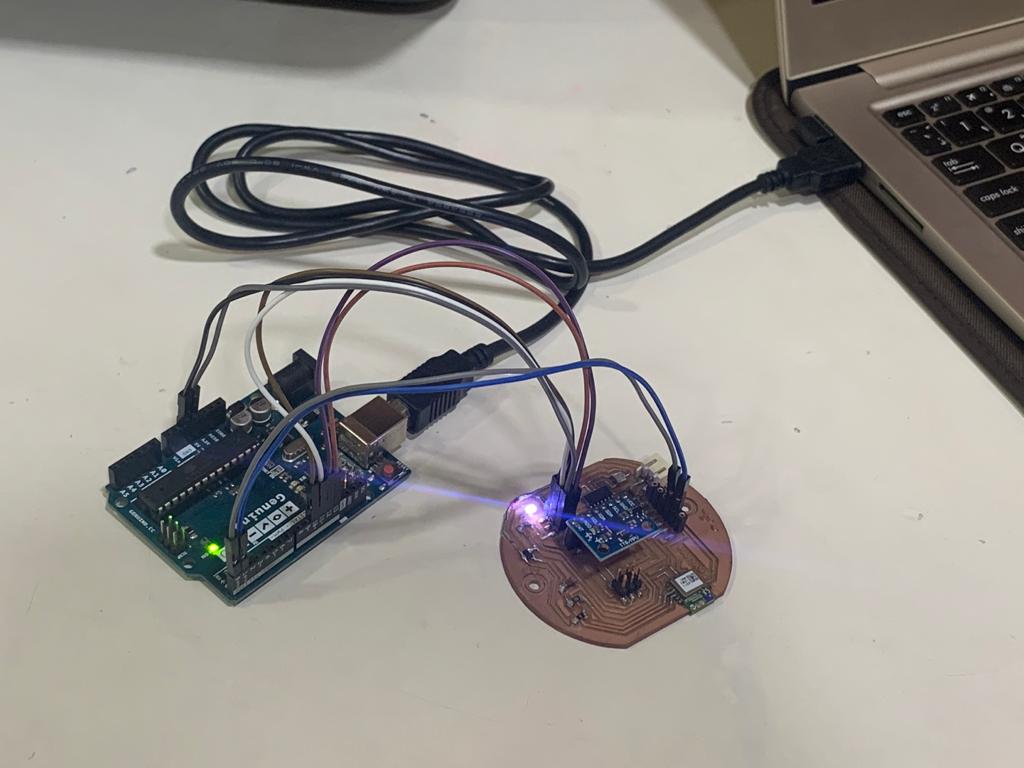 I have used the same app that I used in the steps previously, which is BLE Scanner by Bluepixel Technologies LLP app. You can install the app from here for Android devices. Howerver, there are many similar apps that you can use.

Open the BLE Scanner app, you should see the "RN4871", which named "BLE-8BE2". However, it may named differently for you. Click on it to connect.

You will be directed to the device information page. Click on "GENERIC ACCESS" and read the characteristic data by clicking the small R icon on the right side.

Now we make sure that it is working, so we can try sending and receving messages between mobile device and PC through Arduino IDE serial terminal.

Next step is to open Arduino IDE serial monitor and change the line endings to “No line ending”, buad rate to "115200 and type the following to enter the command mode:

To know the firmware version, enter "V" command. As the return shows, the module I have is using firmware V1.18.3.. To get device information, enter "D" command. Based on return: 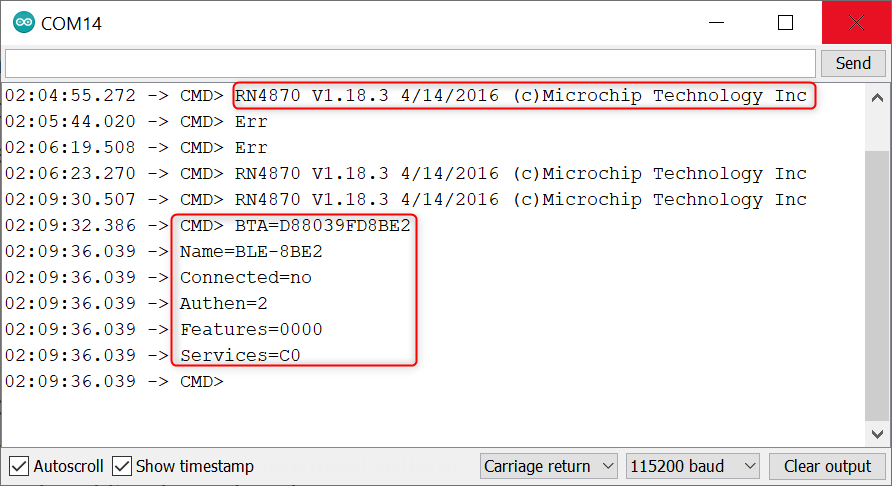 Now try to send data to the serial monitor. To do that, open the BLE Scanner" mobile app and click on custom services >> custom characteristic >> "W" icon >> a text input box will appear, enter the text you want to send, for me I've entered "Maryam" >> click OK.

The value of the custom characteristic changes to "Maryam" and you should see the same in the serial monitor. 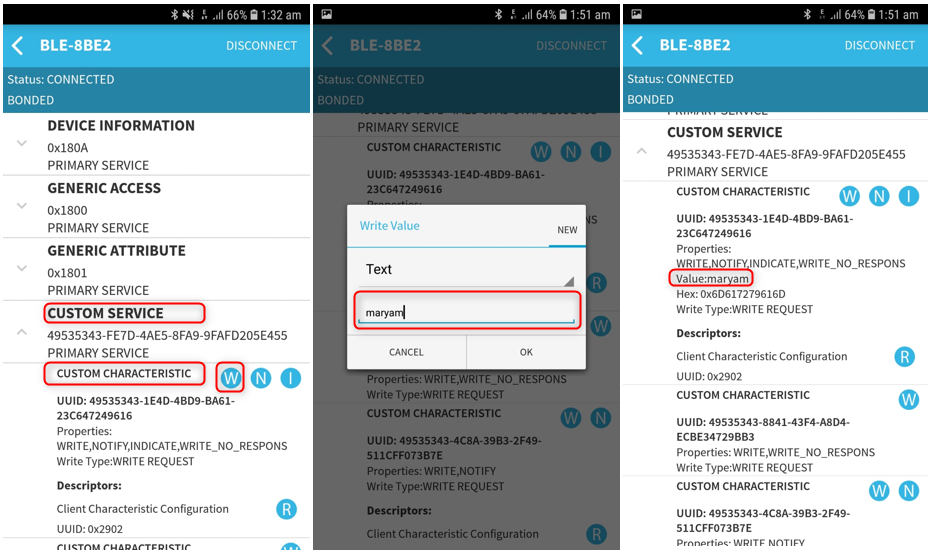 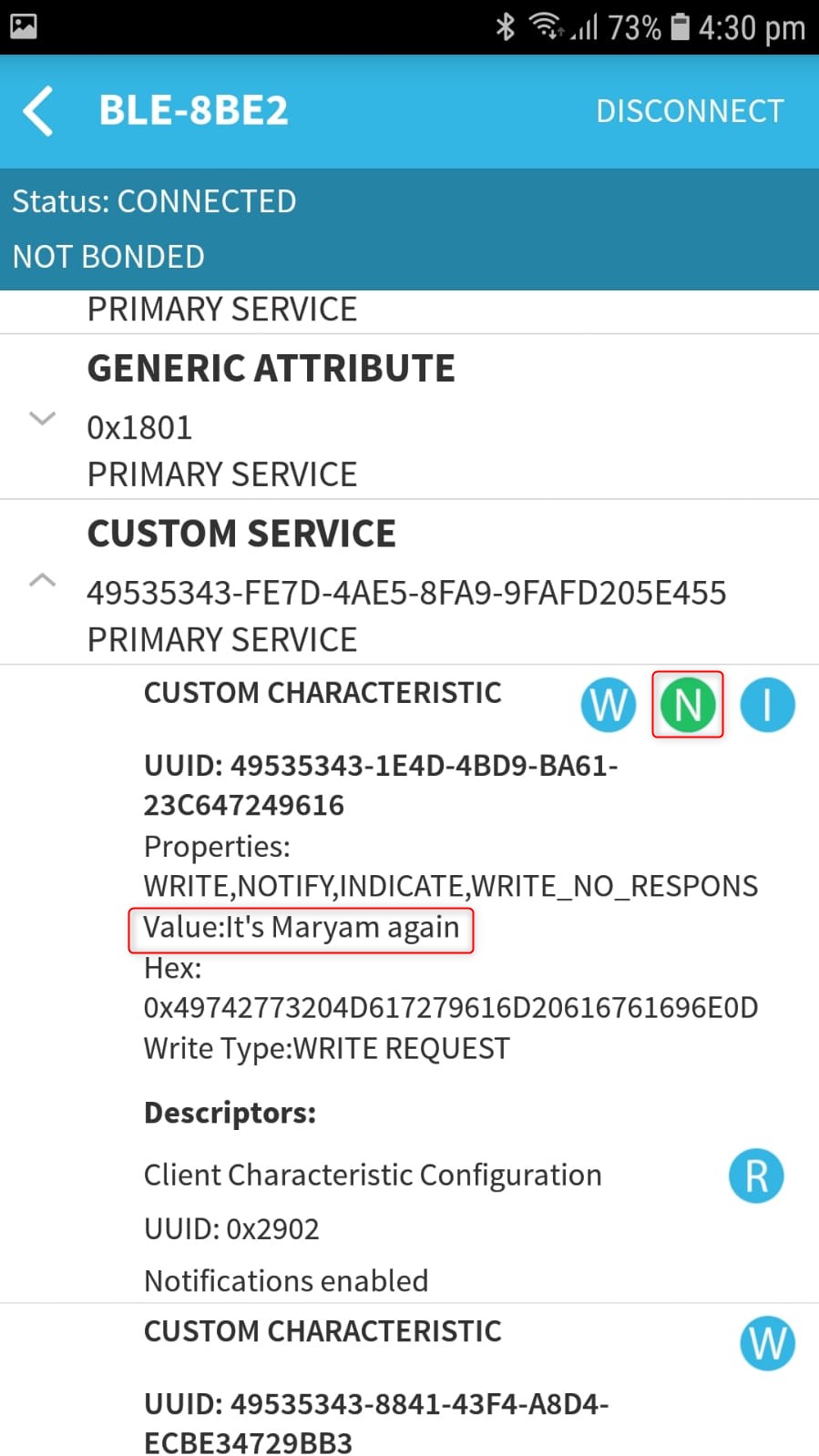 After testing the functionality of both "HC-05" bluetooth module and "RN4871" bluetooth low energy module, I decided to use "RN4871" to save space and energy.

To build the project interface, I've used MIT App Inventor. The following screenshot shows my Designer window that shows how the app will look like when installed on the mobile phone:

While the following screenshot shows my Blocks window that contains the programming code:

Then I have followed the same steps explained in MIT App Inventor Test section to install the app I've created to a mobile phone.

Video of connecting the system:

Video of the operating system with final interface: