The task for this week and the spring break is to plan and prepare for the final project, as well as wildcard machine making week. Initially, I proposed THIS as my final project, which is a LED wearable that sychonizes with BPM zone. After planning for wildcard week, I decide to investigate incoporating fabric/fiber with pcb during that week instead. As for the final project, I am interested in making an interactive kinetic sculpture, which is based on the drawing series "Orbit-in-flux" I began last fall and a performance "Lover's Orbit" I did last summer. I will explain its concept in the following sections.

Physical description of the project

This interactive sculpture takes the mechanics of an orrery, with two faces being the earth and moon, light source being the sun. The light source remains dim, syncs with heart beat when the viewer puts the tip of the finger onto the pulse sensor in front of the sculpture. Light illuminates the faces (with some light partially blocked since the object is against the light) and its surroundings partially. The two faces finishes one orbit around the light source in one hour, while one face finishes one orbit around the other face in one minute.

from my drawing series "Orbit-in-Flux"

This interactive sculpture is a continuation of my investigation in the parallel between planetary orbit and human's perception of otherness, specifically in an intimate relationship. In the past performance I did collaboratively, I was more interested in the perception of otherness when one is in love. In this sculpture, I concerned with that in relation to pain.

brainstorm notes from my notebook

Emily Dickinson's poem After great pain, a formal feeling comes is an inspiration of mine. It delicately outlines the nature of pain. Metaphors such as tomb, ground, stone, quartz, stone, mechanics are assigned to different parts of the body in revealing the stiffness of the body when one is mentally in pain. At the end of the poem, the person that suffered from pain, written as ''the freezing person'', experiences the coldness of the snow, feeling ''stupor'' and ending the feeling with ''letting go''. The ''He'', cause of pain that stiffens the body, disappears.

The light source of the sculpture remains dim at first, which is similar to the stiffness of the body after one experienced pain. One's relationship with the present comes into the foreground, as the light source activates by the pulse (touch), which is similar to the role of the snow in the poem. Since the only light source in the room comes from the center of the sculpture, it would hit on its closest objects, being the two faces orbiting like the earth and the moon. The viewer is the audience of the two faces (two person) in this scenario. The light and shadow on the faces, similar to the state of the moon, is different depending on the present position of the faces in the orbit. Therefore, the encounter of the state of the love is purely dependent on chance - the time when the viewer perceives the light and shadow on the sculpture with one's present heart state. The longer the viewer stays, the more of the orbit the viewer perceives.

The purpose for creating this orrery-like mechanism in the middle of a meditation table is to create a private and meditative viewing experience, where the viewer knees down to hold onto the hand and becomes the audience of two people in relation with each other. Often in great happiness or in great pain, one lacks the ability in being aware of the big picture. This sculpture purposes a solitary meditative experience for one to be the audience of the blindspot, with the hope of gently bringing wholeness into one’s body after great pain.

Who's done what beforehand?

•An Educational Kit I bought and put together:

When I searched for artists working with pulse sensor, I immediately saw Rafael Lozano- Hemmer's Pulse Room. The room contains 10000 lightbulbs, and one of them flickers when one holds onto a metal handle in front of it.

Lin Tianmiao's Reaction was a piece I experienced in person at Rockbund Art Museum. I entered an egg-like cell and placed my wrist onto a pedestal-like device, and then heard my heart beat syncing with a sound played in the cell. In front of the device there is a helix-shaped glass tube, in which liquid falls down as heart beat comes in.

Giving a sense of warmth to scientific theory:

•Jes Fan: NY based artist (sculpture, performance, video) that investigates the intersection between biology and identity.

Window of Sesshuji Temple in Kyoto 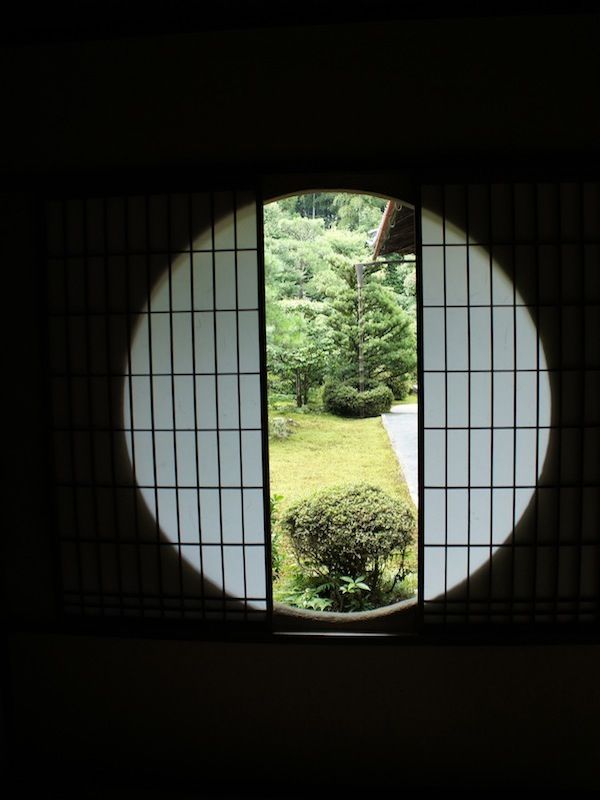 The amount of exterior scenery (organic, chaotic) is seen depending on how much the window is opened, similar to a curtain.

What will you design?

•Table: top and leg with wood joints; top with negative space that meets the gear of the orrery

•Mechanics of the orrery: gears for the orbital movement; center connected to a stepper motor

•Two sculptural faces: one orbit around another; another orbits around the center (light source)

Kneeing: place the knees and a cushion

Sculptural hand: placing the pulse sensor; big enough also for the viewer to rests the other fingers on

What materials and components will be used?

Where will come from?

Except for the cushion, the stepper motor and the pulse sensor, all will be made by myself at the fab lab. Here are some notes from my notepad:

How much will they cost?

What parts and systems will be made?

See diagram in above section.

What processes will be used?

• PCB board making and soldering: led board, stepper motor mother board

•Hand where the sensor is placed. I will refer to THIS tutorial for the woodworking part of the hand

What questions need to be answered?

How will it be evaluated?

The orrery mechanics works with the stepper motor.

The pulse sensor synchronizes with the led light without feeling distracted, but belongs to the conceptual purpose of the work.

The overall visual engagement speaks for the concept.