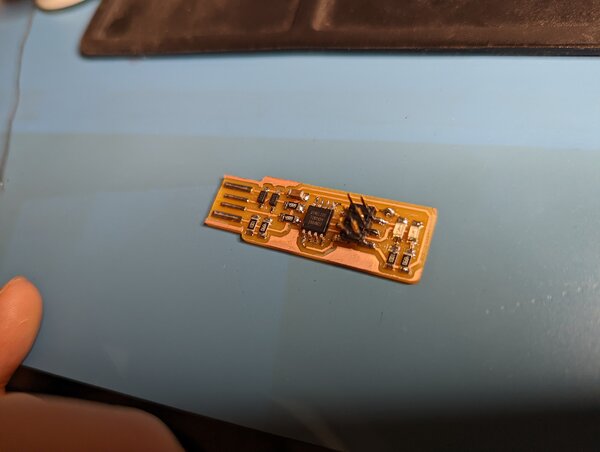 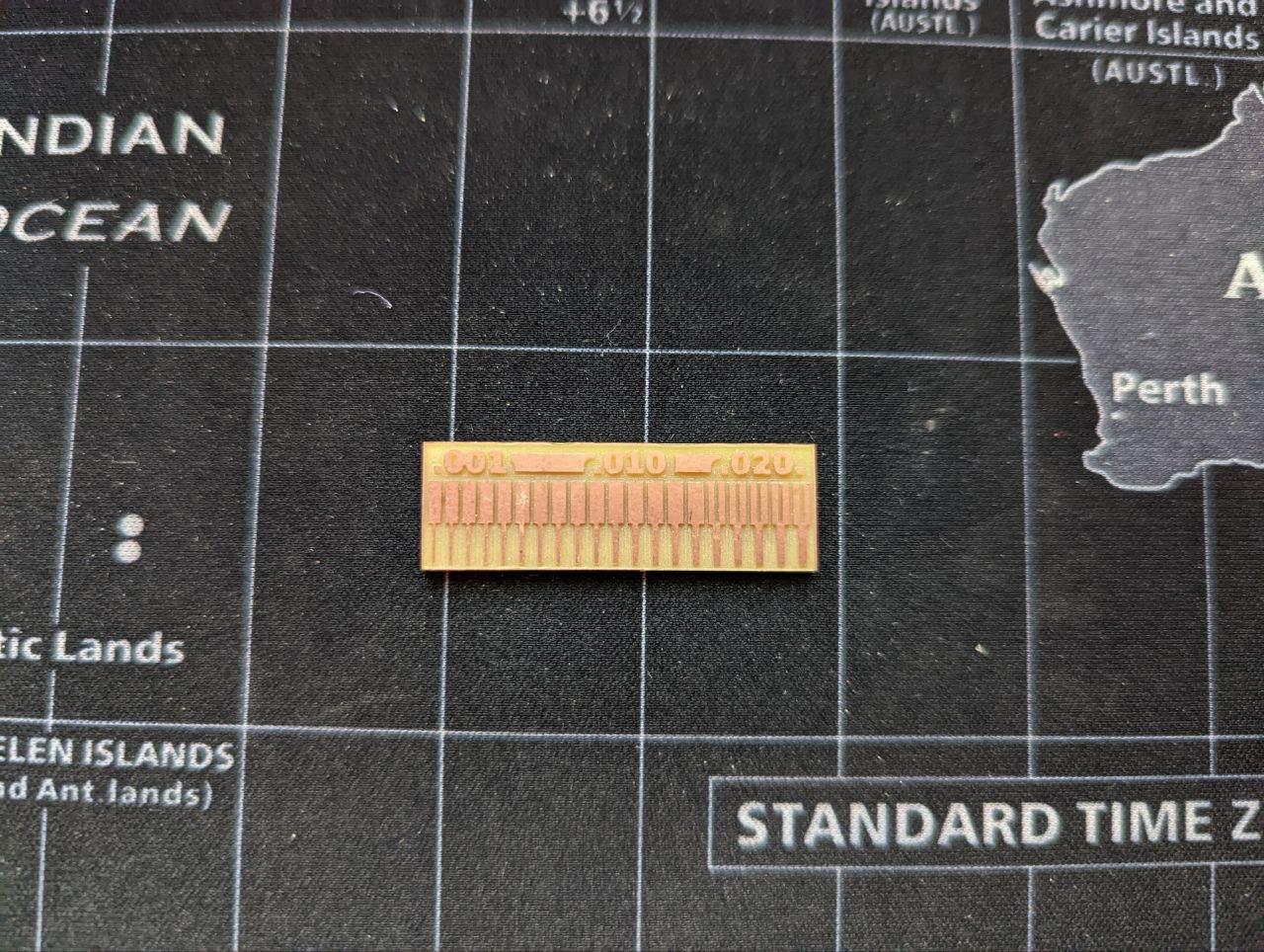 I took a note from Dan and swapped over to tapered stub endmills from Precise Bits.

I started off by designing the eval board for the attiny44a, to take out two birds with one stone (efab and ecad).

However, Dan recommended that I take a look at the FabTinyISP instead, something the instructors suggested since efab has a high learning curve. I followed this tutorial.

I initially followed this other one, but it had a typo in the programming section that cost me some time troubleshooting: 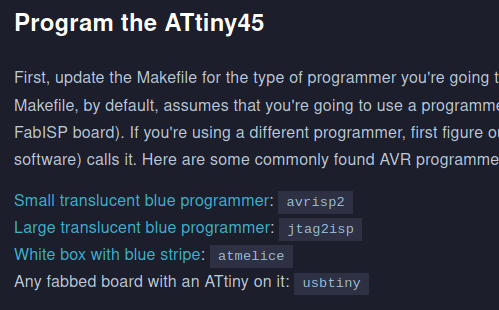 The milling process was the hardest workflow I’ve had to deal with so far in the class. I had some unfortunate experiences with 1/64” bits that Dan can attest to, as well as some others that he can’t. I learned a lot about what not to do throughout this process. Hopefully this is a promise of a long life for my still intact bits!

I referenced quite a few resources attempting to get things to work. Some prominent sources:

I should make a dataviz tool that takes a web journey and transforms it into something embeddedable… would result in easier and more thorough documentation. I’d call it breadcrumbs, or something.

The second workflow (that actually worked) looked like this:

Things I learned to watch out for while milling: 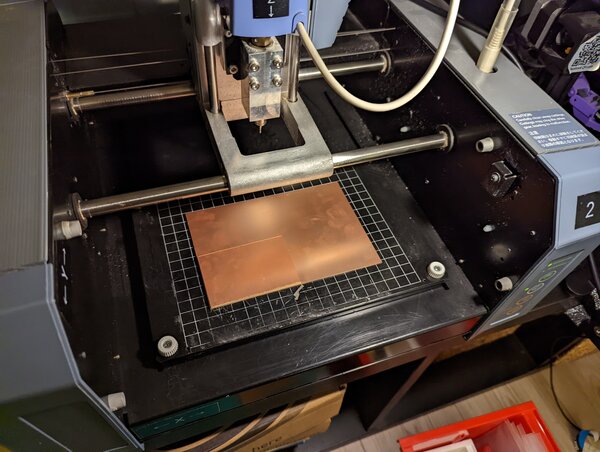 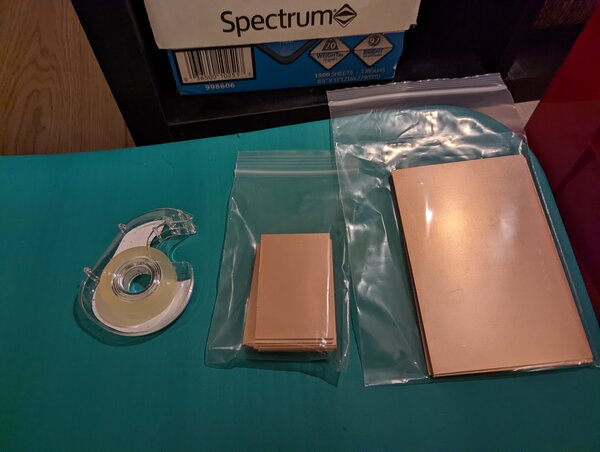 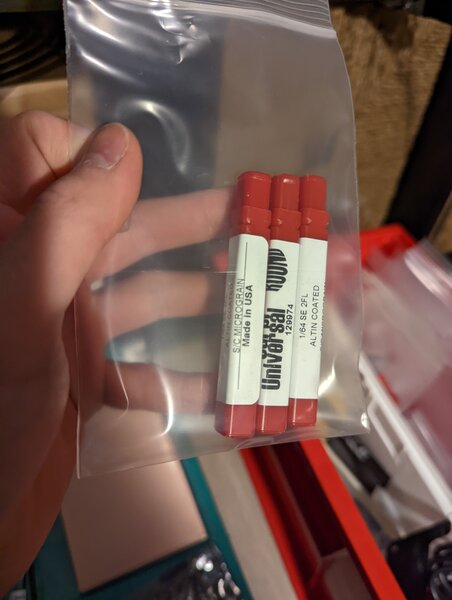 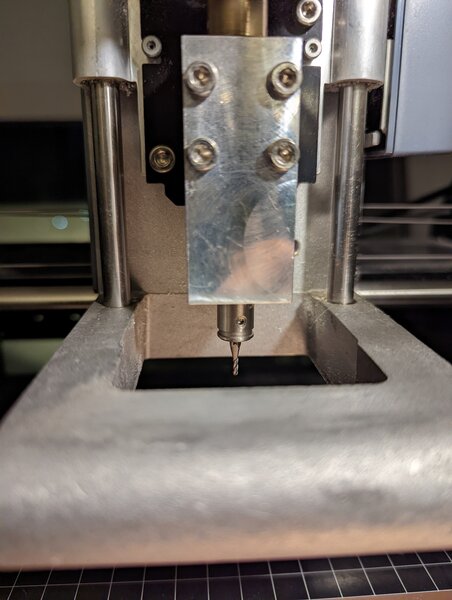 first broken 1/64”. The entire board and sacrificial board lifted off the plate! Spindle attempted to home, but board was in the way. 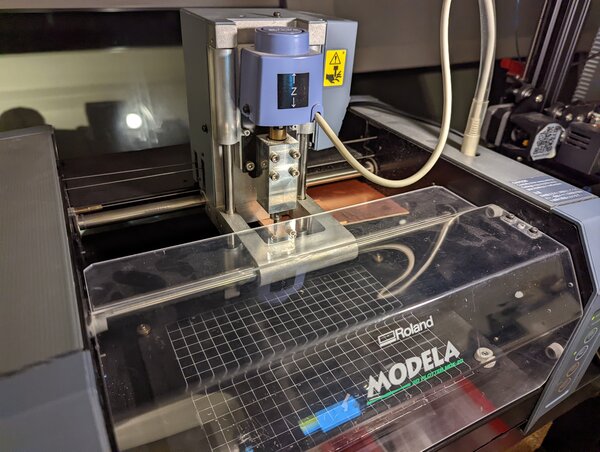 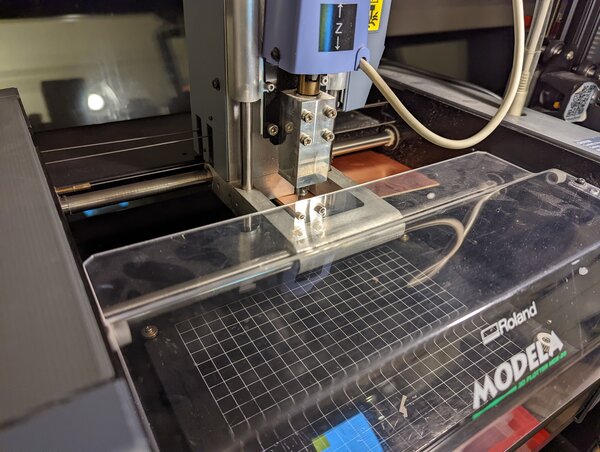 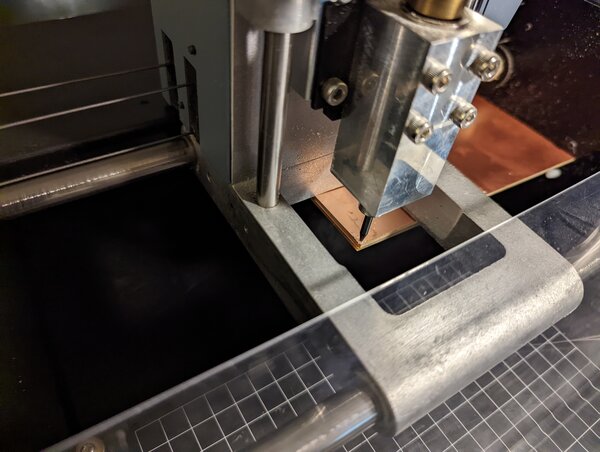 Since the sacrificial board lifted off the plate, I took a picture of the doublestick tape on the backside. Relevant to another failure; board did not adhere well to plate and moved with bit. 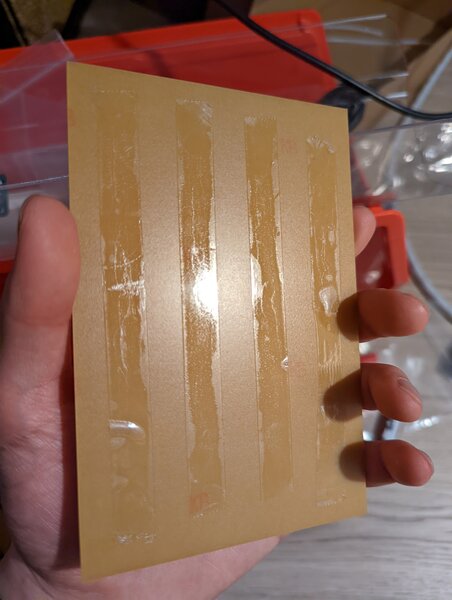 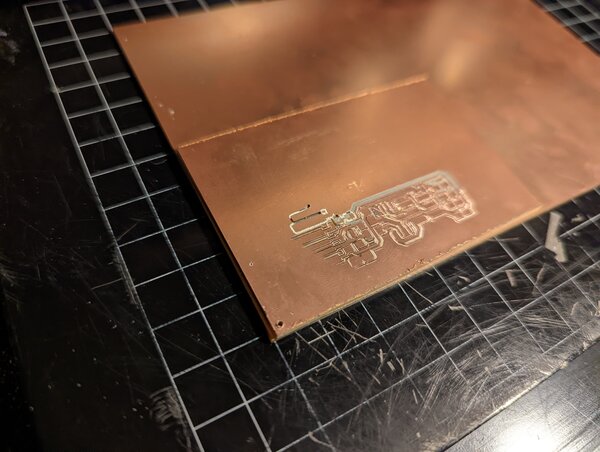 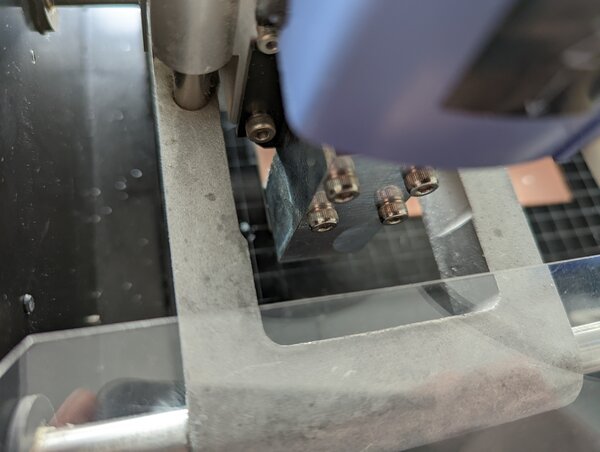 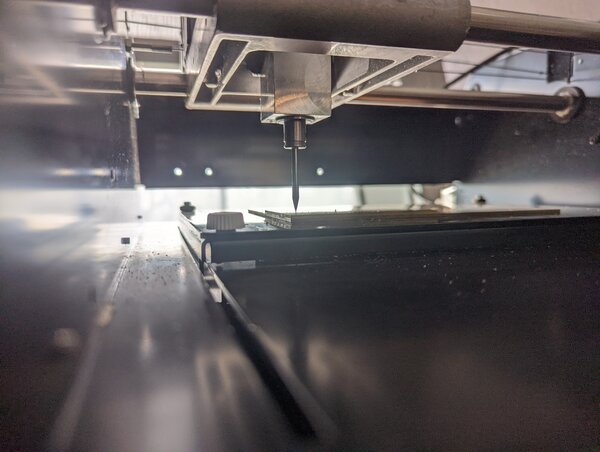 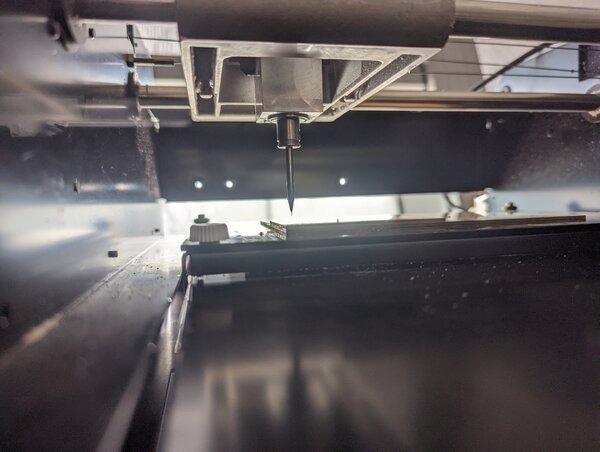 erratic behavior, jogs didn’t include a z+ movement which led to cutting the blank. The machine was also homing between every few moves as well. 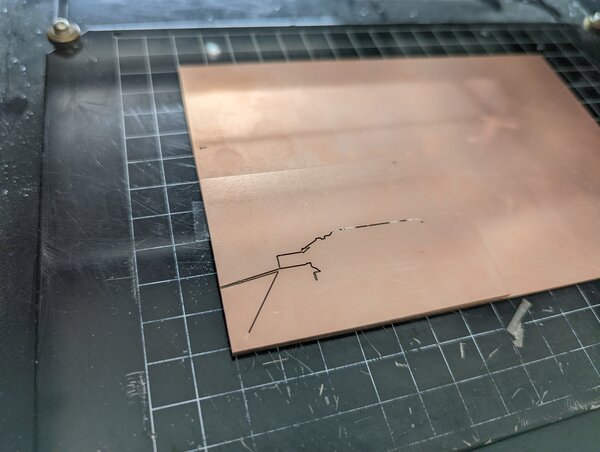 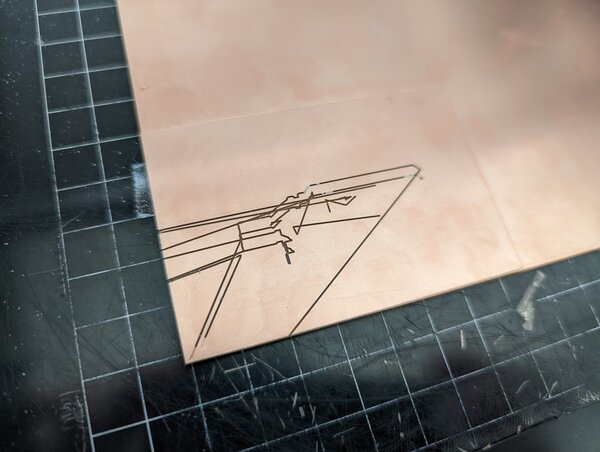 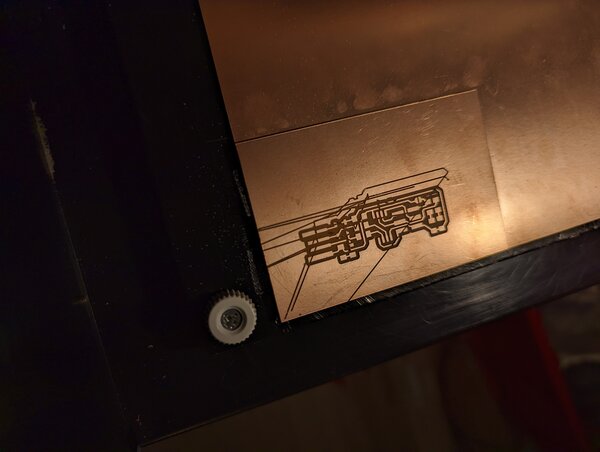 third broken 1/64”. bit was loose, can only conclude that collets weren’t properly tightened. 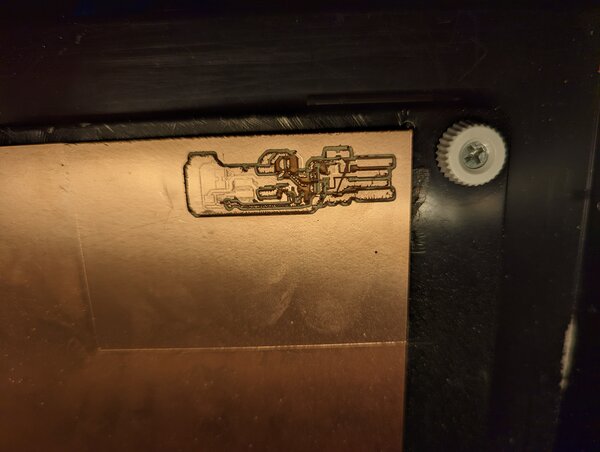 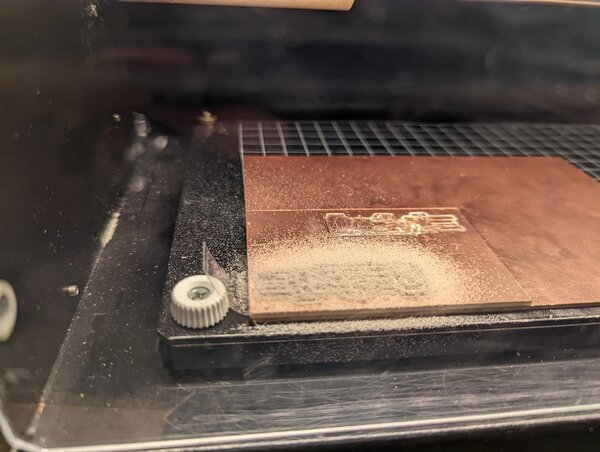 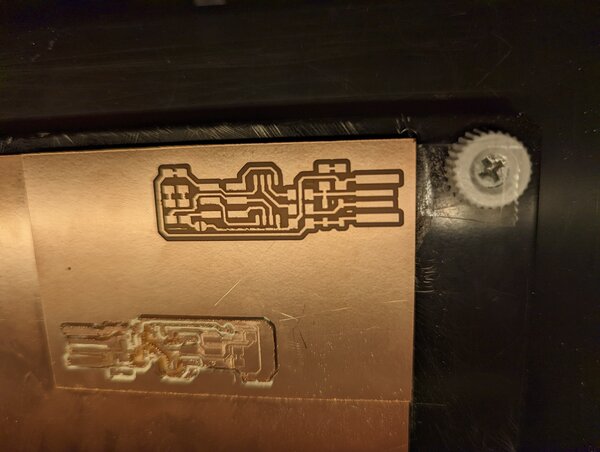 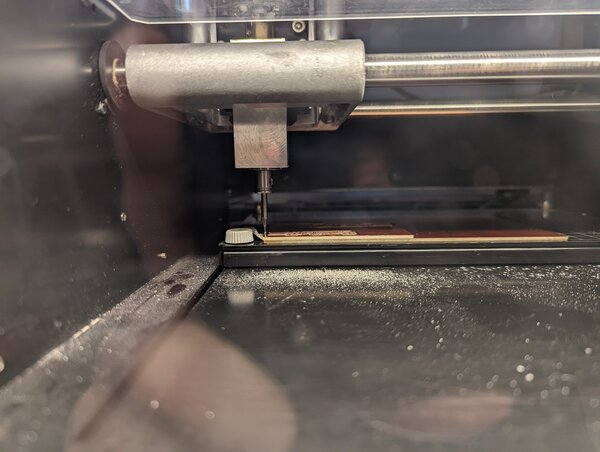 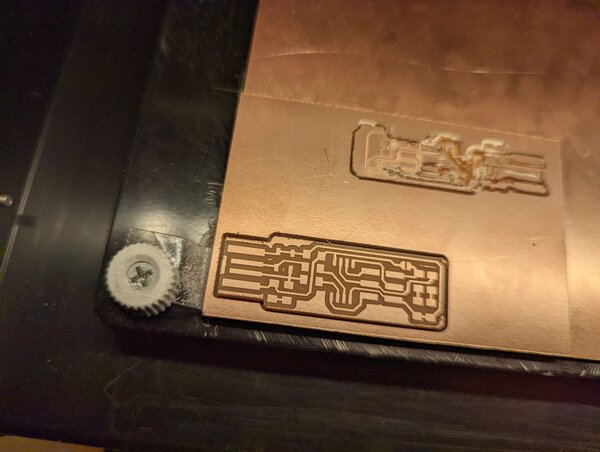 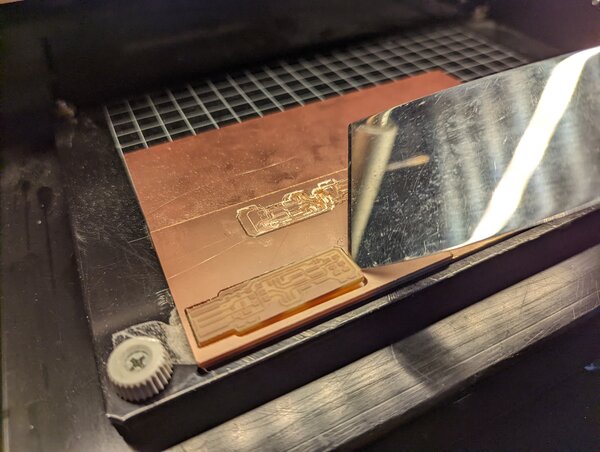 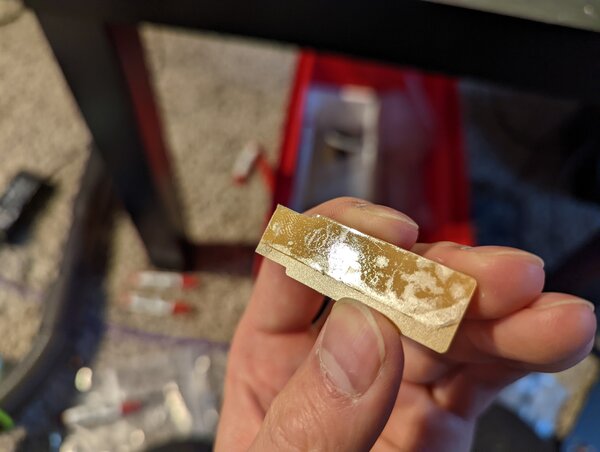 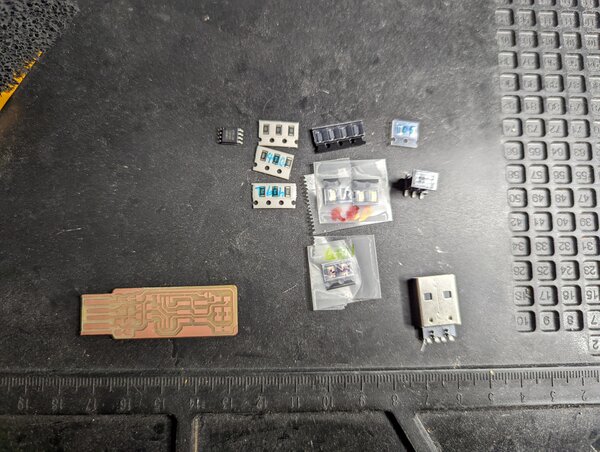 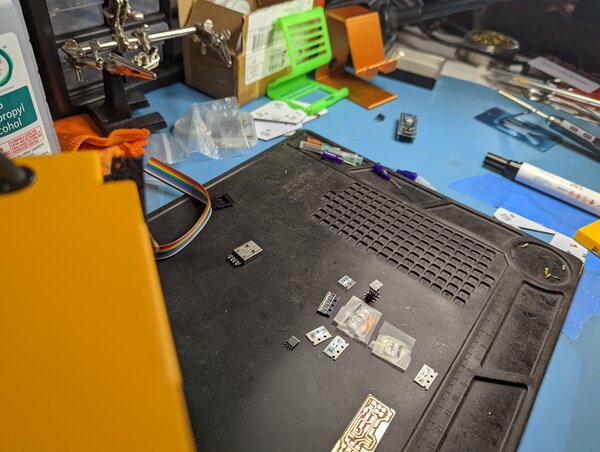 Did finally manage to get it to program, but then wasn’t able to recognize device on system (didn’t show up in lsusb, saw error messages in dmesg).

able to recognize! on using “lsusb”, I can see “Multiple Vendors USBtiny”.

programming a target board >