My main MCAD driver is SolidWorks.

This week, I chose to document modeling a plant pot that looks like a climbing wall. In a way, it serves as a model of a potential final project, a modular climbing wall. I’ve been thinking of constructing said wall out of triangular panels. 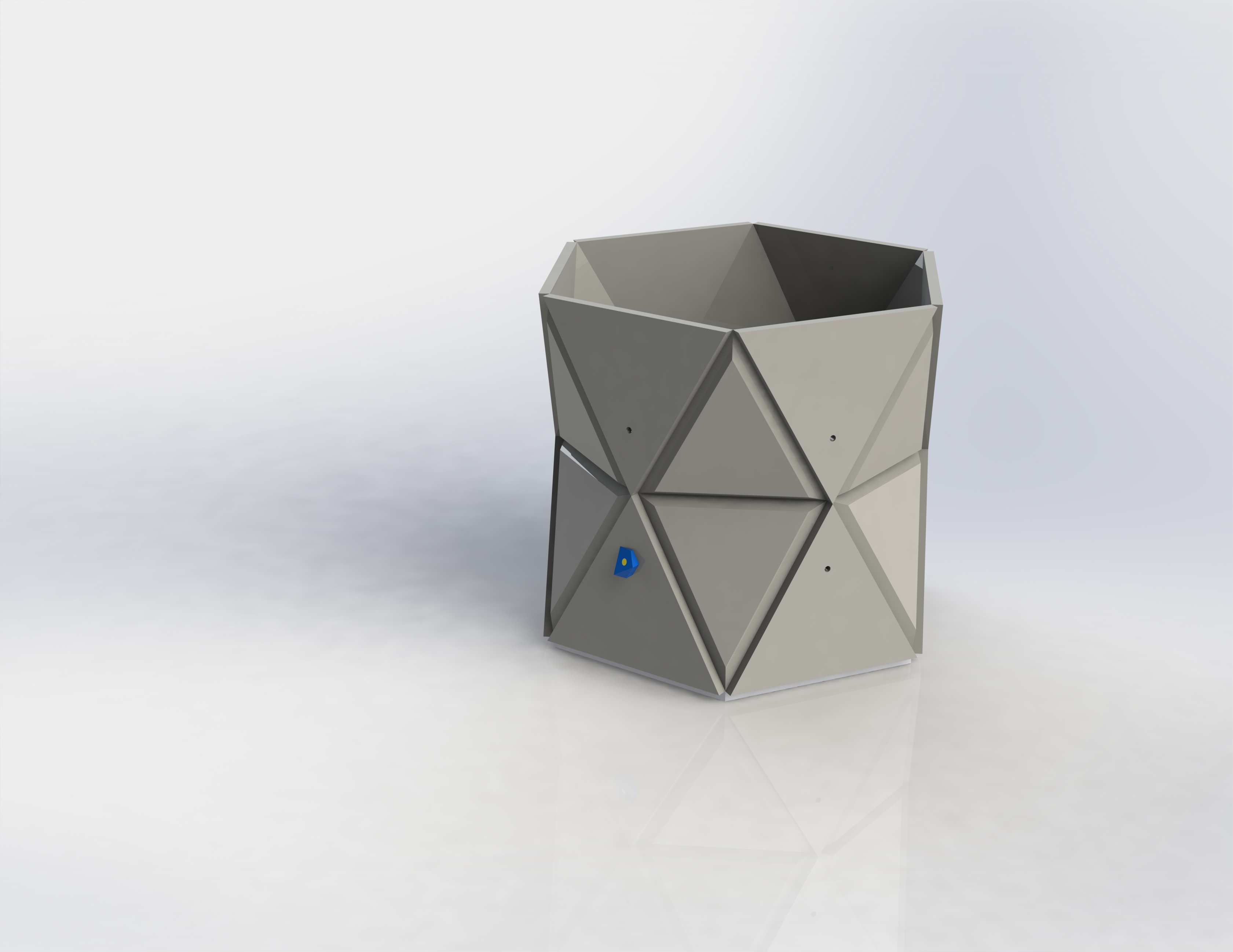 A render of my rockPot courtesy of Photoview360 from SolidWorks.

My first attempt at creating a rock wall pot unfortunately didn’t go very far, though I spent quite some time on it.

I spent about ~30min staring at the screen and rotating the part, trying to figure out if the model was headed in the right direction.

I concluded that it was not. 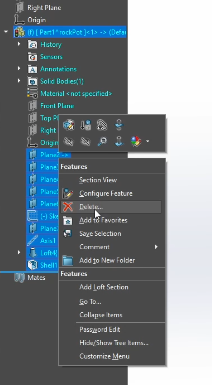 My second attempt was better, I played with patterns and got some interesting results… but made some mistakes when I attempted to move some parts into subassemblies (which broke references, caused errors, etc.).

Third time’s the charm! This time, I was a bit more intelligent about subassemblies and preemptively organizing my parts. I managed to make the following (already pictured earlier).

Hexagonal base, one more time.

Using planes, sliced up body to create a hold-like body.

So… forgot to save. Remodeled a single hold.

I created a side view sketchup of my final project in Inkscape.

adding some more features and colors.

removed some of the “helper” geometry.

labeling some of the features in the machine.