Dan’s ORD Bot Hadron was one of the first kitted by Designer Bart Dring. The open source ORD Bot 3D Printer was part of the i3 style kits to emerge improving upon the earlier Rep Rap Mendel, that have frames made from threaded rod. The ORD Bot uses the open source MakerSlide, also designed by Bart Dring. MakerSlide was the first open hardware aluminum extrusion slide and wheel systems to be widely tooled up and distrubuted world wide.

Design Rules for our 3D printers Print a series of test objects on the different 3D printers we have to characterize them:

I 3D print almost all my parts at 0.3 mm layer thicknesses with a 0.4 mm nozzle orifice size. Most part designs do not require thinner layers, thicker layers speed up printing time. Extruder jams are less frequent as well. This also allows for a larger part to be 3D printed given the same printing time. We teach our students at the MSI Fab Lab to consider the amount of time they have to print their design and optimize for that time, this usually results in larger scaled prints at 0.3 mm layer height. 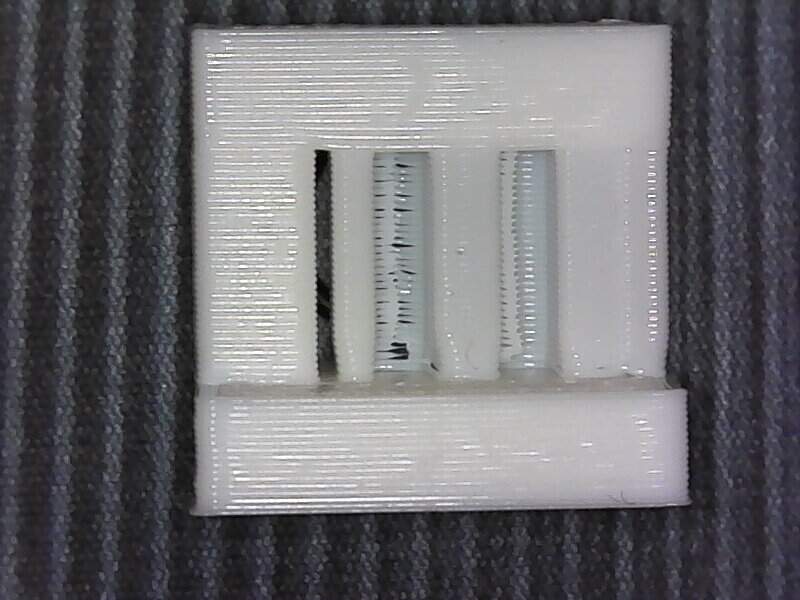 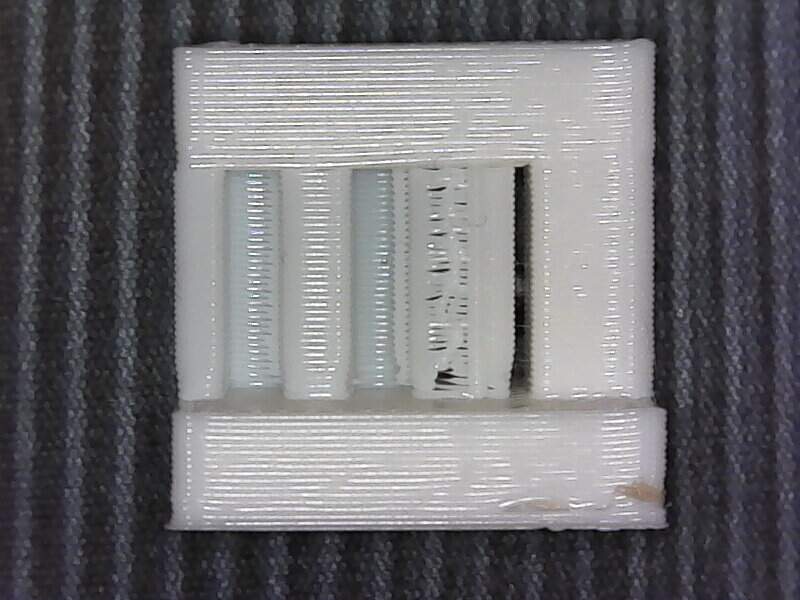 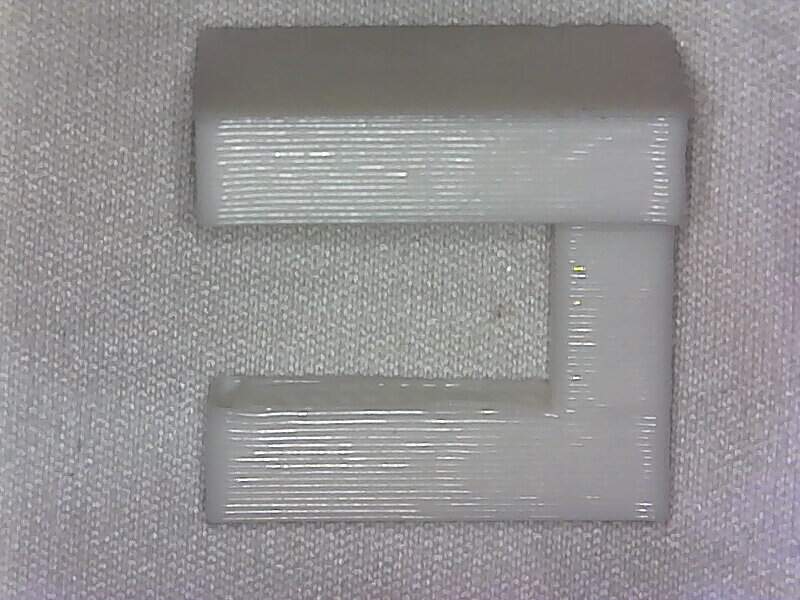 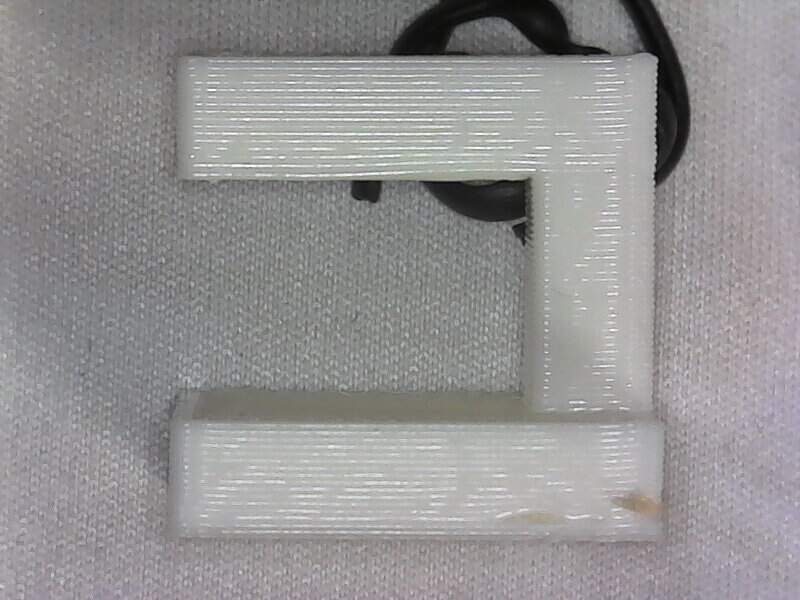 The ORD Bot does a good printing overhangs with support, the support was removed easily and cleanly. 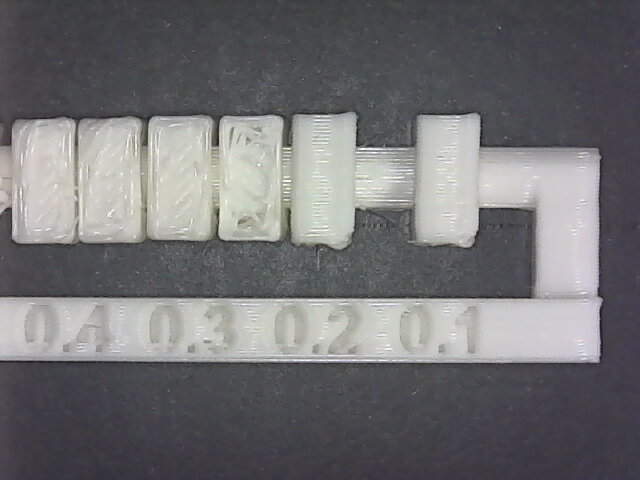 The ORD Bot can print functional clearance gaps up to 0.3mm at 0.2mm the gap fuses shut. 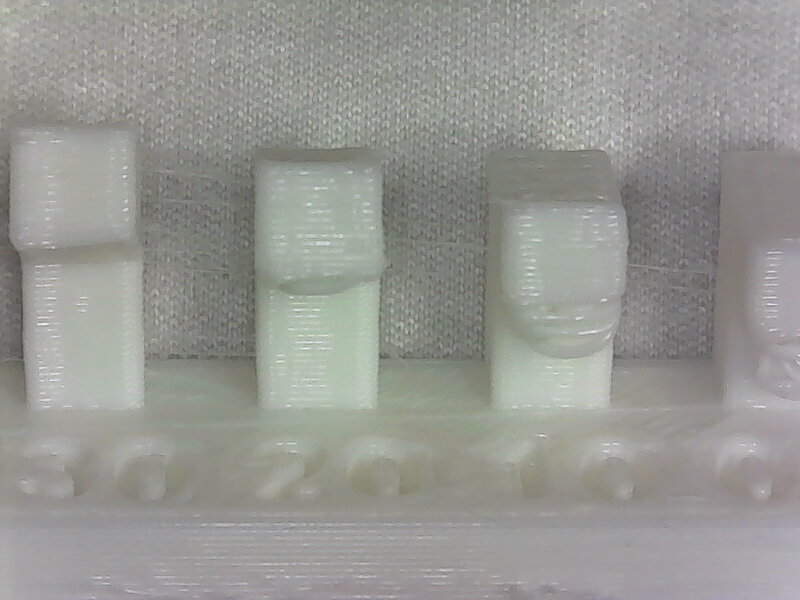 ORD Bot overhangs are clean up to an angle of 30 degrees. 20 degrees has some drooping. 10 degrees is very droopy. 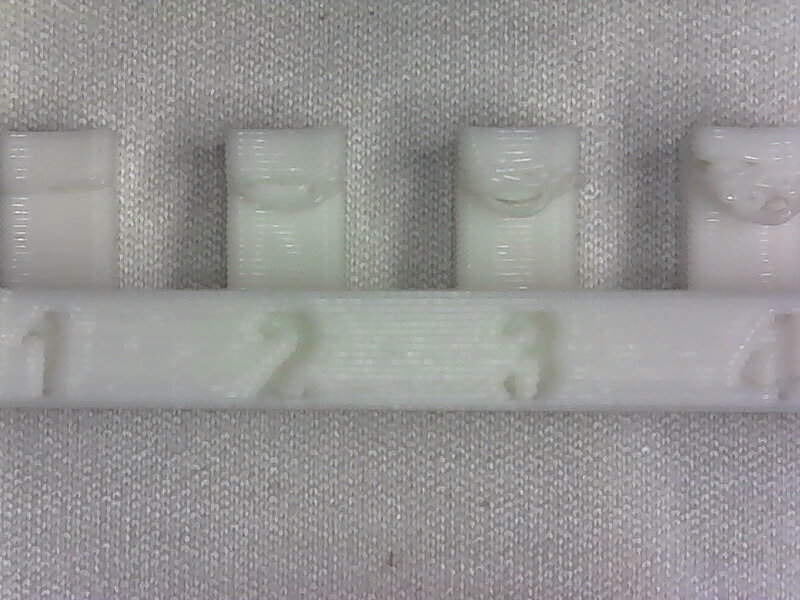 ORD Bot can do 90 degree overhangs of 1mm wide, at 2mm wide drooping starts immediately. At 3mm drooping is quite severe. at 4mm a significant amount of the feature is lost to drooping.

The ORD Bot is very good at bridging, the video above shows the bridging results. 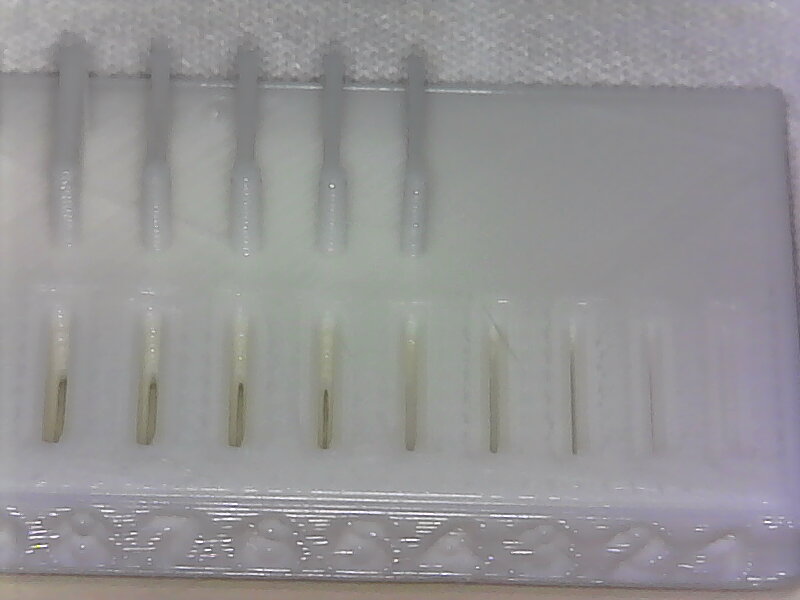 For the dimension test the inner square opening measures 9.6 to 9.75mm with a digital calipers. The outer square dimension measures 20.25 to 20.3mm. These undersized and oversize characteristics can be informative during the design process. 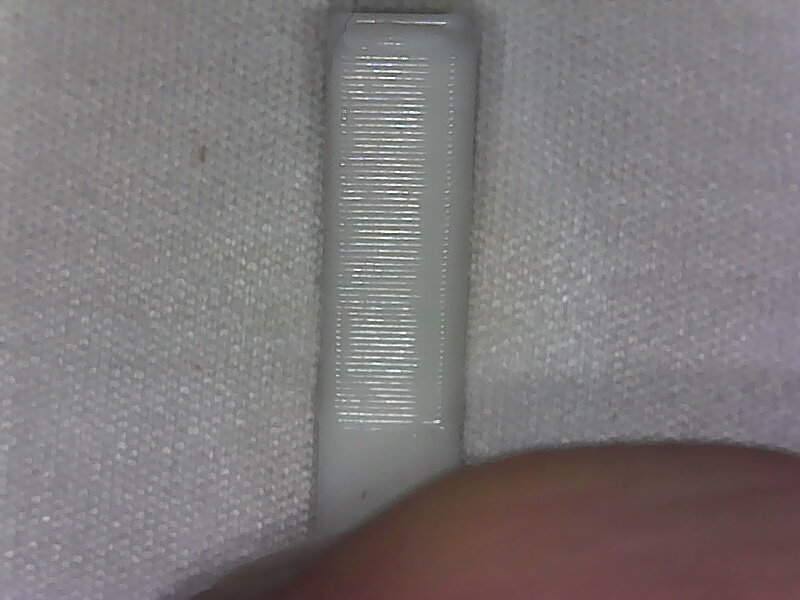 I don’t see many artifacts in the anisotropy test. 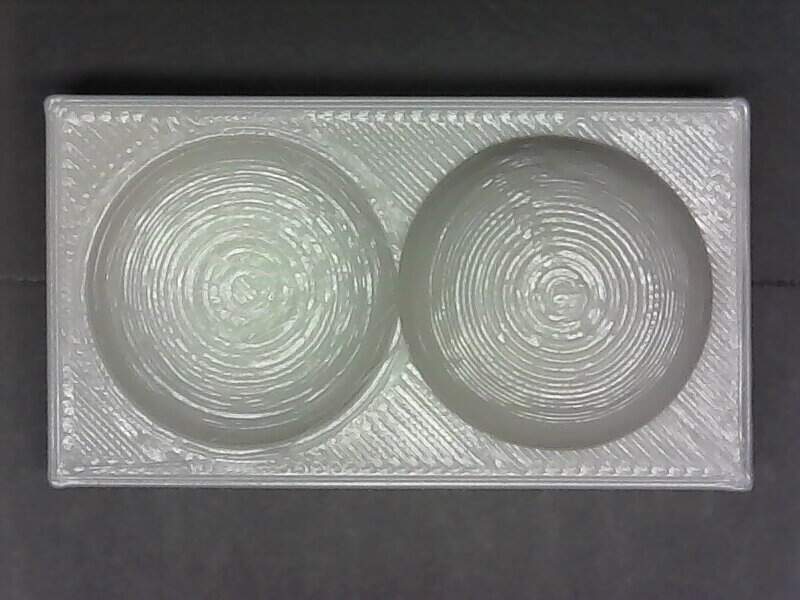 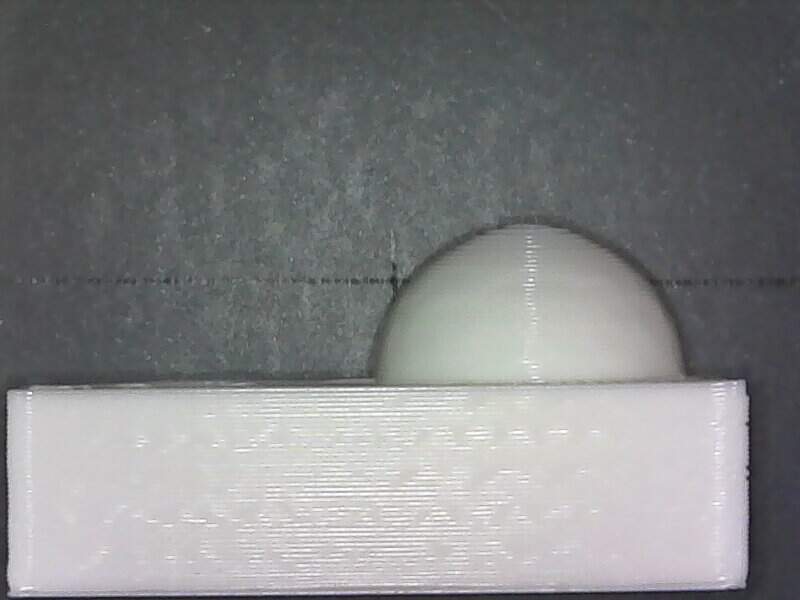 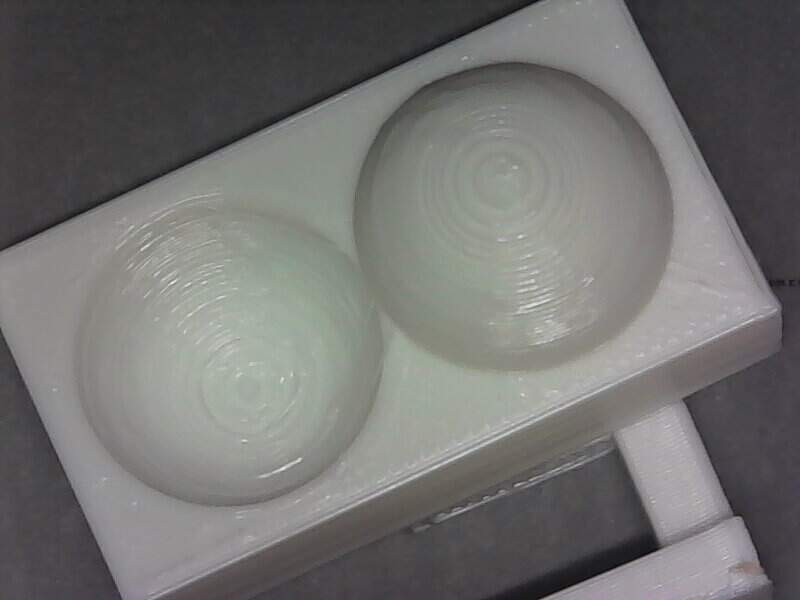 The ORD Bot shocked me with the quality it could produce. My ORD Bot is somewhat of a Frankenstein DIY 3D printer, using whatever parts I could afford and was interested in at any given time added to it. My ORD Bot is quite old with its first successful prints in 2012 after several failed attempts in 2011 shortly after being built.

These clearances verify why I find a 0.3 to 0.6mm clearance to work well on parts that slip together with minimal to no effort.

Here is a summary chart of the results with the max value that is acceptable for my 3D printing expectations:

The Ender 3 is a ubiquitous FDM 3d printer in the 3d printing community, commonly found for $200 or less. Given its cost, the quality can be surprisingly good. At the time of printing, this machine had minimal modifications: - XS Capricorn tubing - stock brass nozzle

I printed this part with supports as indicated.

Supports were removed w/o destroying the part. Some of the supports were difficult to remove (between the top of the rod and the rings (0.3, 0.2, and 0.1). 0.4 was loose, but tight enough that rotation was free with resistance.

I start to see droop at 2. 3, 4, 5… onwards progressively get worse. The top 3-4 layers are typically intact, despite worse initial layers.

The bridging tests all seemed to do well.

slicer appeared to stop rendering starting with 0.4mm thick. this makes sense; the nozzle being a 0.4mm-wide orifice.

prints in the z-direction have a much cleaner finish than same geometry in xy-direction. If I apply ironing, I’m sure I could get a better finish.

I can’t tell if it’s the filament, but the surface finish is nice (for FDM). Note that my layer height was 0.35mm.

I used gyroid for infill. I see that the layer adhesion is a bit poor between some of the layers.