so I am starting to realize the whole process of digital fabrication is that is forcing me to get out and try to work with my hands. instead of only criticize and talk . and that’s is not as easy as it shows .

we have learned in this week to use our lab laser cutter, but i am questioning beyond this assignment is why laser cutter is there to test it ? what about the reflection i need it from it to test it to my background as an architect . what also trigger me was starting up learning the hard side of parametrical designs and hack the process of it. our whole study in university was not very about the functionality side of architecture rather than turning up concepts into architecture as an example of making the think it side of concept into a looping down with a multiple enclosed separated galleries rooms any how this was the thinking side of the project . what is parametrical designs? for who are searching for a specific meaning found this definition as a good start point to understand it . Parametric design is a process based on algorithmic thinking that enables the expression of parameters and rules that, together, define, encode and clarify the relationship between design intent and design response. -Wikipedia

phase one: vinylcutter i have designed a logo tand wanted to use the vinyl to make it a quick stencil. and the machine we have in our lab is 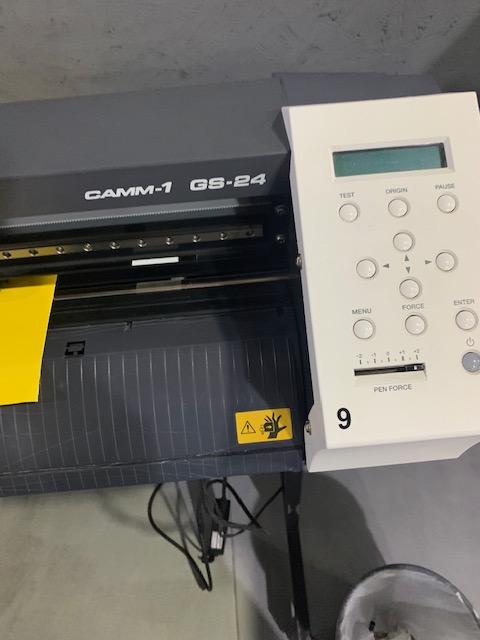 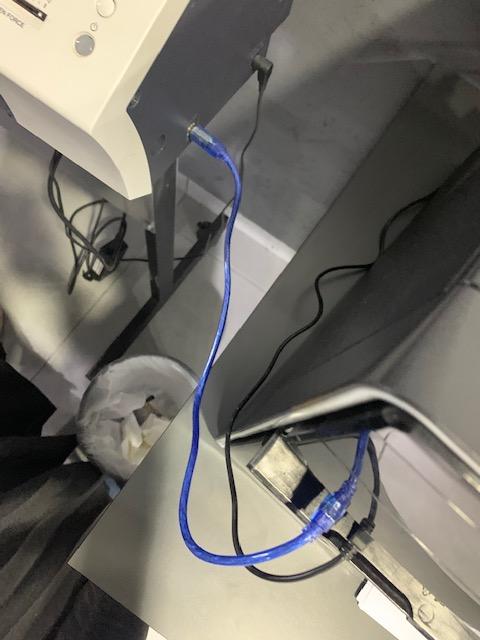 and after checking the connection between the machine and the computer. i transfer the . svg file i have created into this program to send the command to cut to the machine . 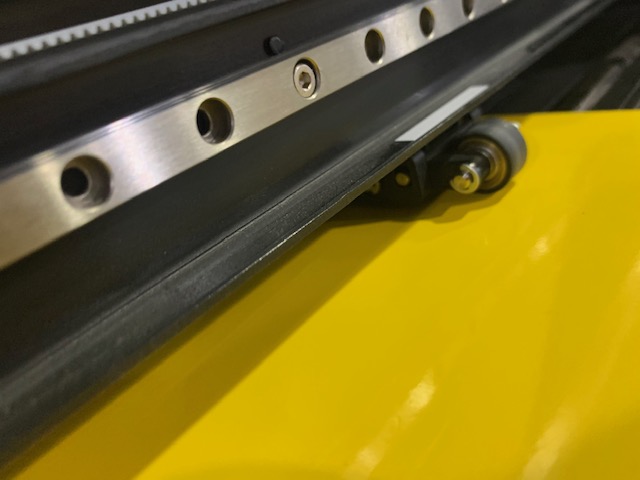 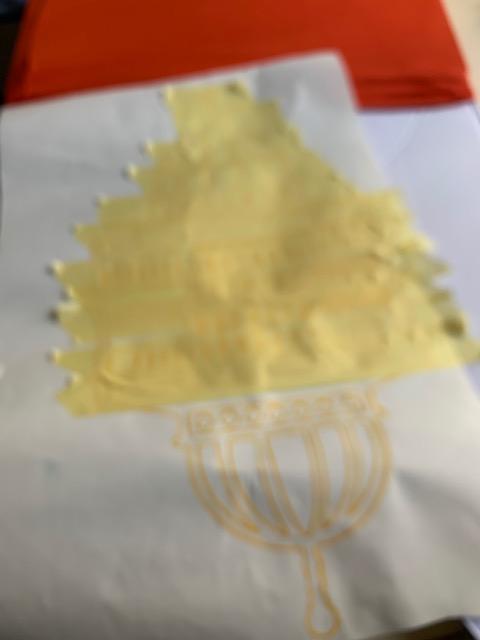 this is how it looks like after transfering it to a shirt. 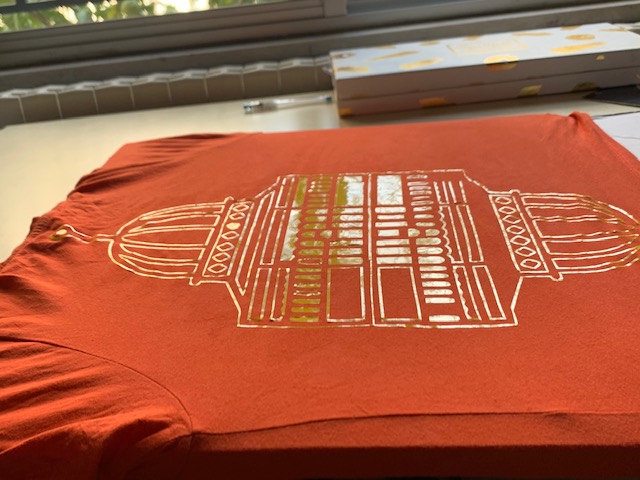 returning to the stating point on how it works i will document the process starting from first our group assignment that has so much to do with testing the machine and routing and around it.

then my assignment, that started from learning how to make notches i followed this

then i open up rhino and draw a random size shapes to be my notches design .

i starting referring a curve into it and renamed it; notch then i want to select the a side where to move the notch from . so starting with BBOX, and then deconstruct it and navigate a coordinate. 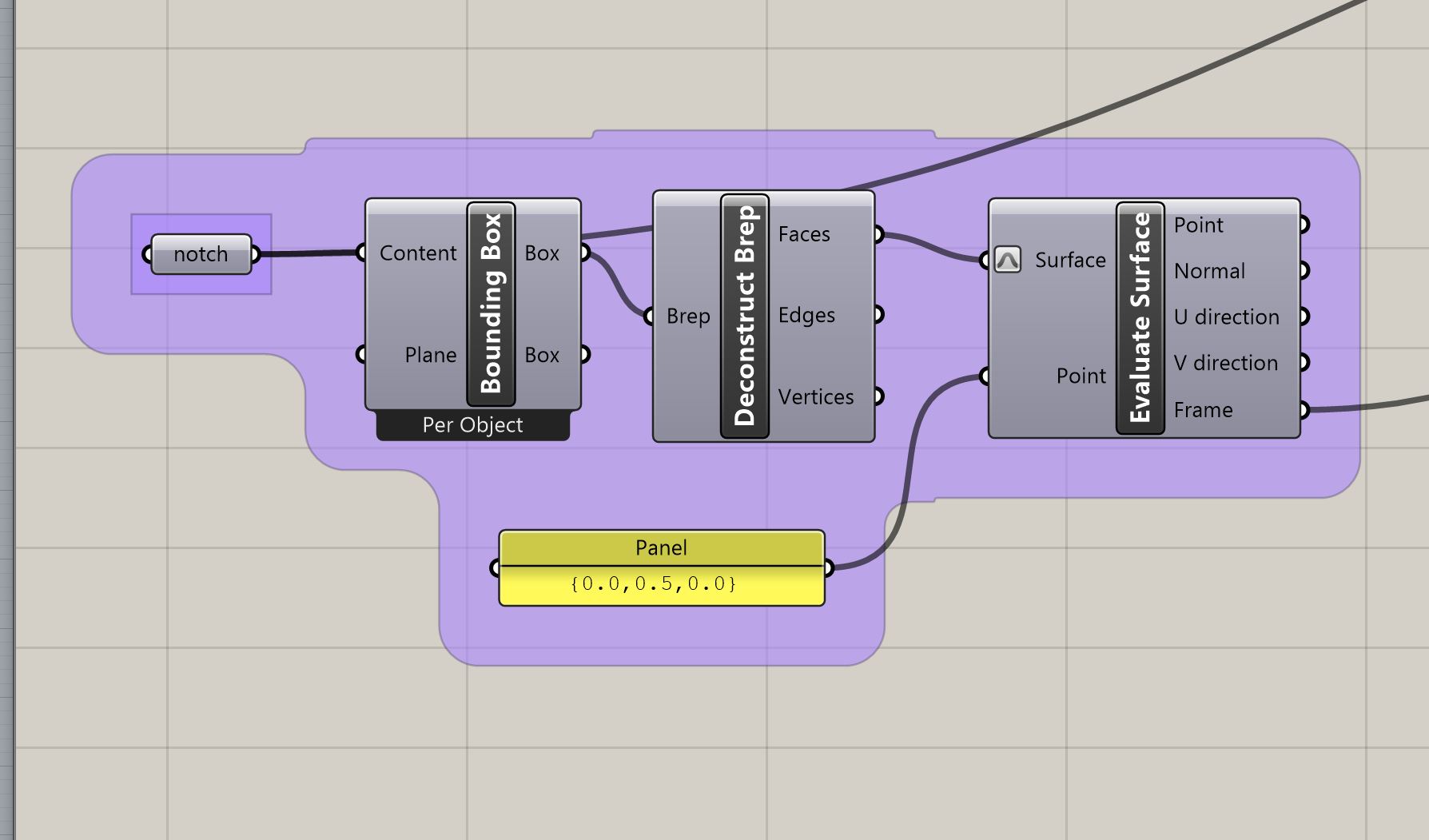 2. the second side of this is to create a base shape to attach the notches to it sides.

with domain and explode it and select a frame of work with horizontal frame which is asking about the parameter which is similar to UV coordinate where each point is 0,0,0 and if we need to select a point in a half of the lengths we need to either put a slider of set a number of specific coordinate inside the parameter. as shown i used a slider for better control.note that you can put multiple slider for multiple points

and then is to map four of these notches into the frame where our points are. using an orient which i connect the geometry that i edited it with a graft command to duplicate it for each frame. 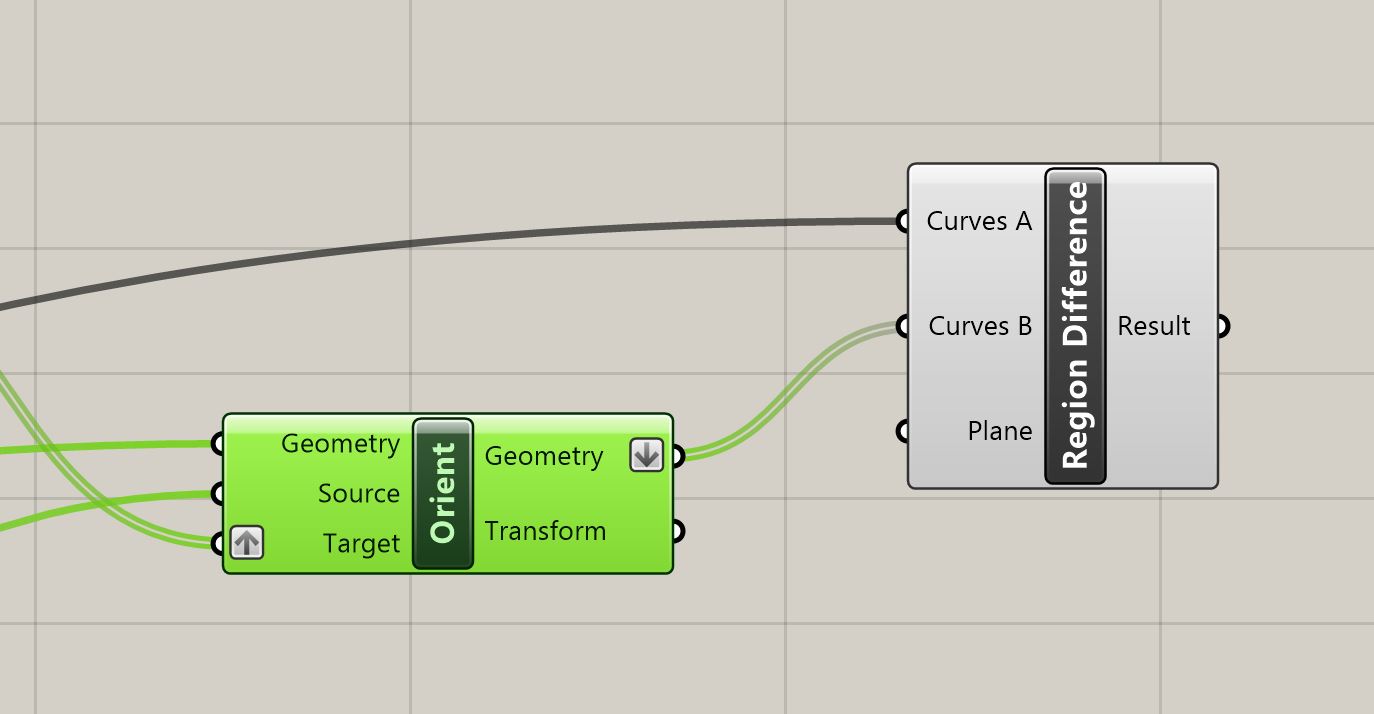 difference between grafting and flatten

adding the plane rotate with radius (pi/2) for 90dgree rotation which i added inside the command.

I want to subtract the notches from the biggest geometry or curve, using a command called Region Difference 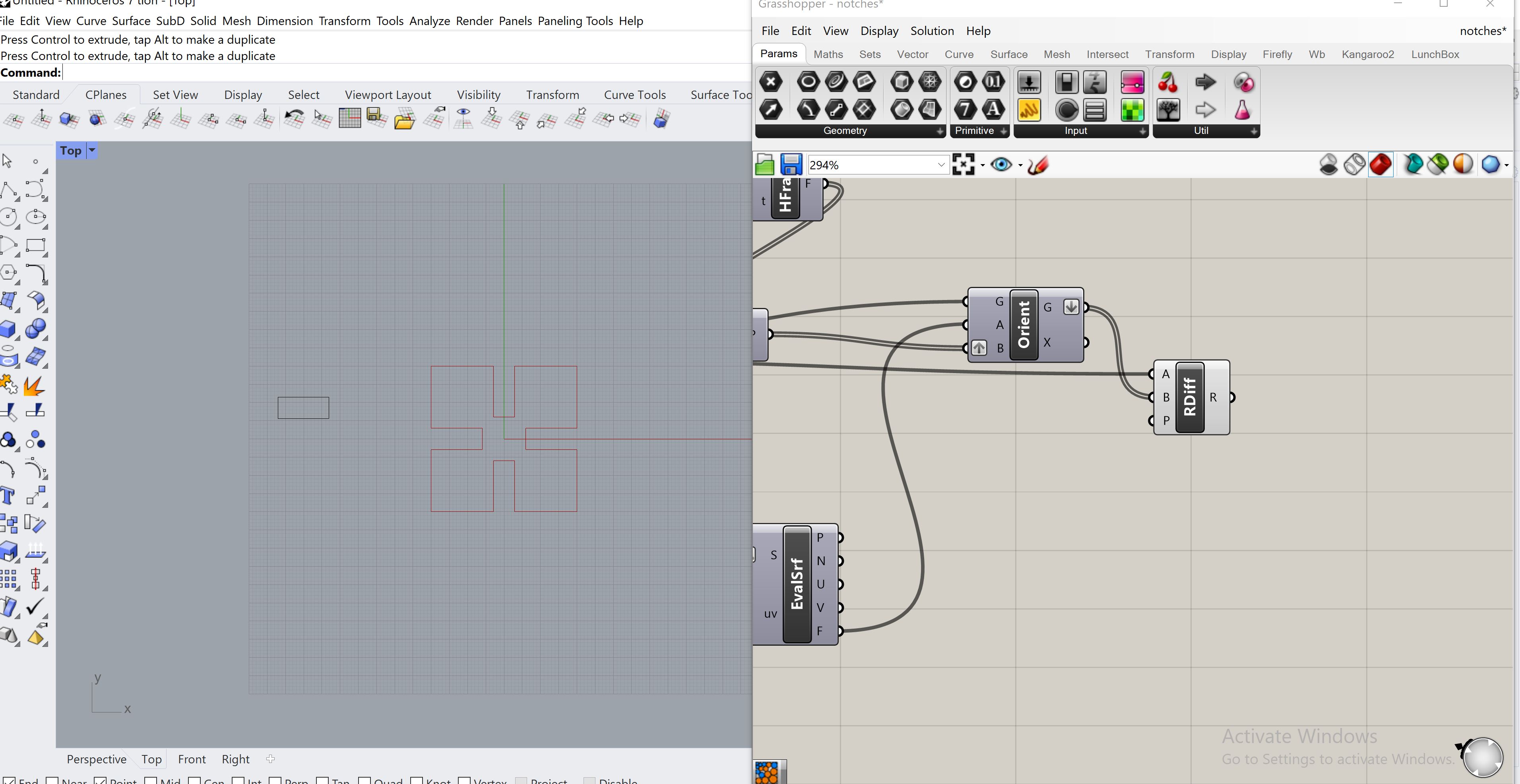 one more command to transfer it to laser cutter is to make a lots of them using array command ArrRec i put on the base geometry and the cell which is the rectangle itself and the number of arrays using the sliders from X,Ys .

and then the most important command is to bake the design by right clicking on the last command we have created. 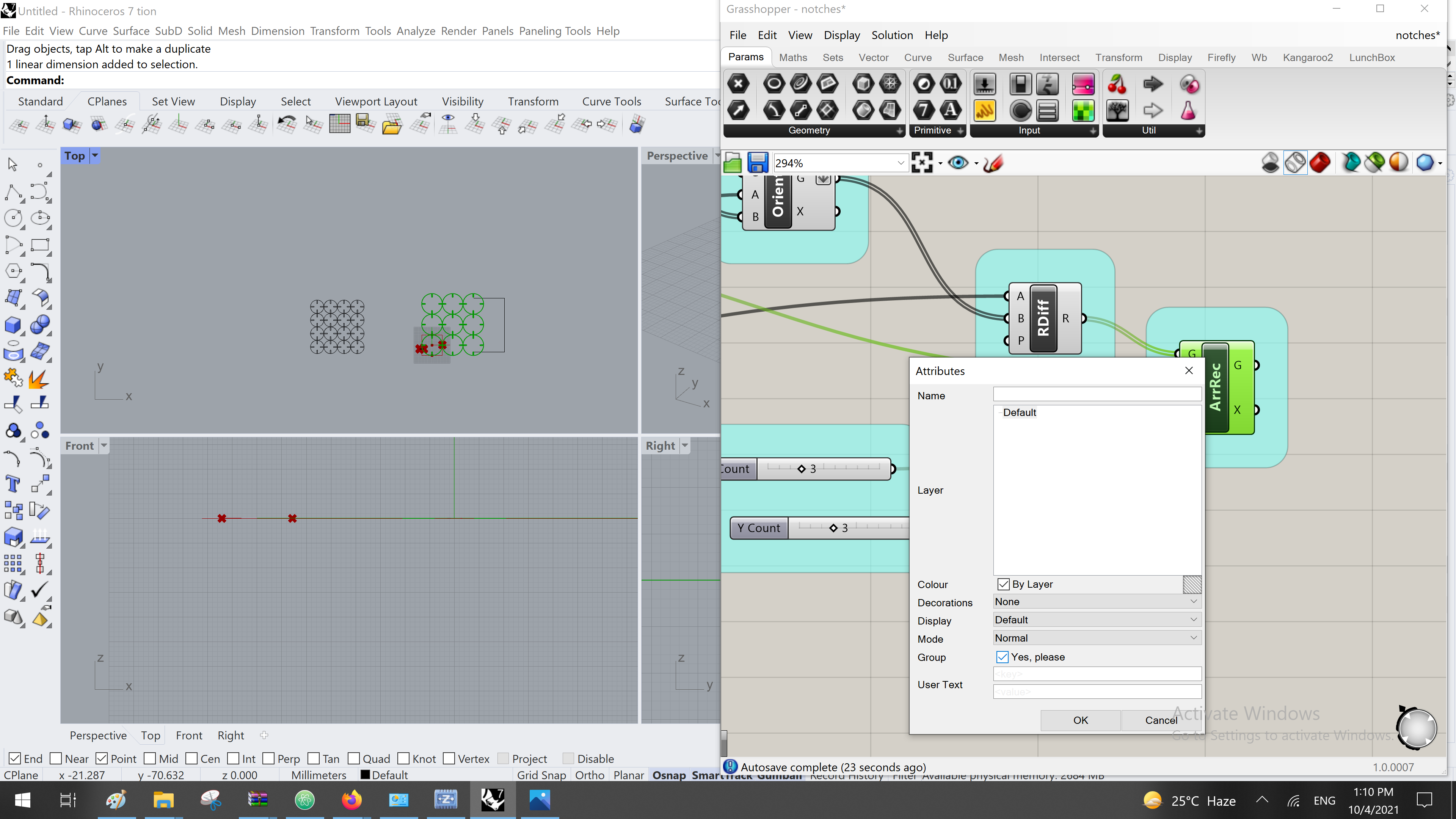 know i have to know how to import another shape instead of square so i tried to import circle and here is the definition for the circle. 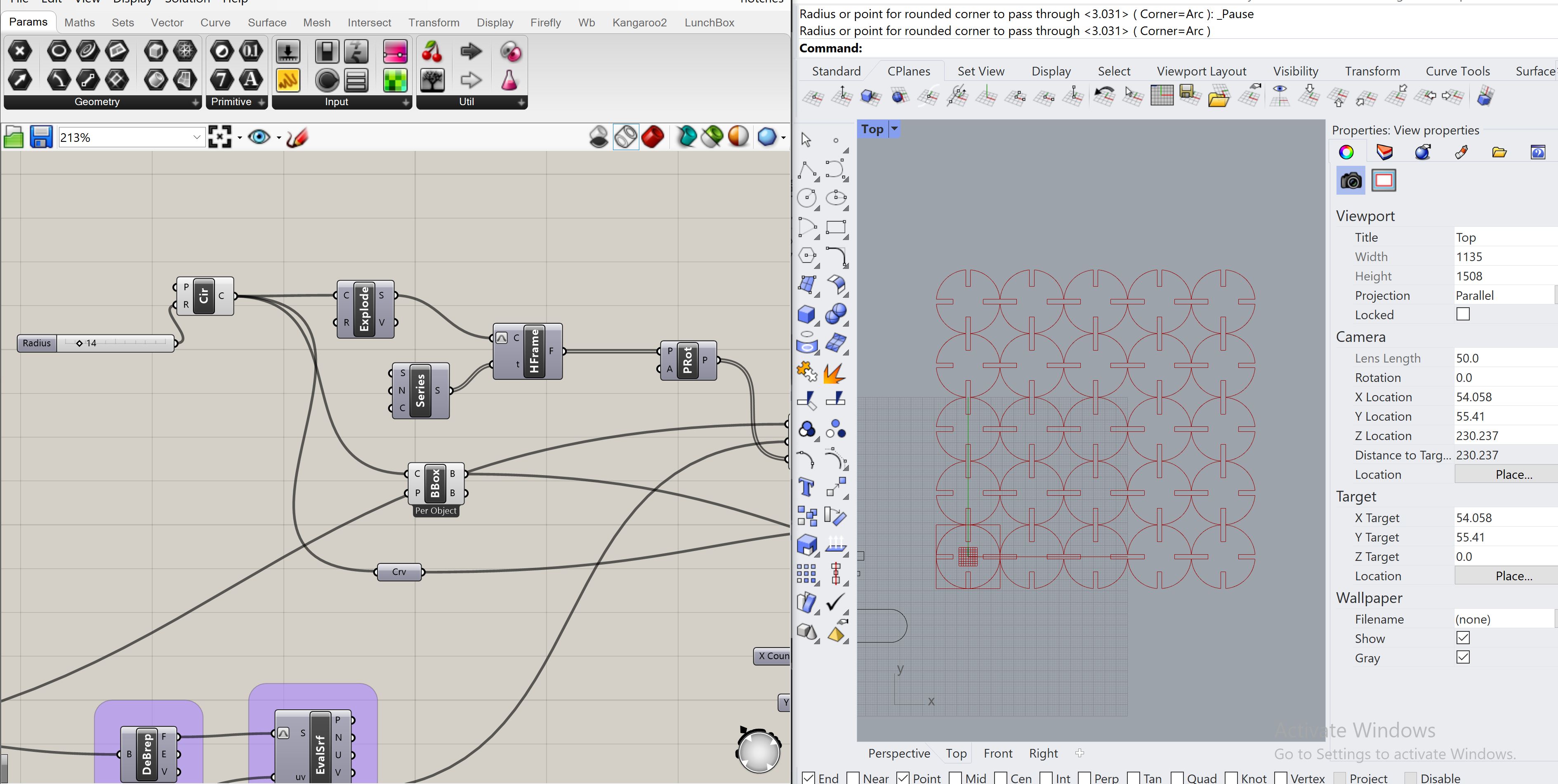 phase three : cut a test on cardboard to create a shape of a light fixture.¶

now lets go to the laser machine and know exactly how to power it probably for a carboard test. our labs machine is trotec speed 400 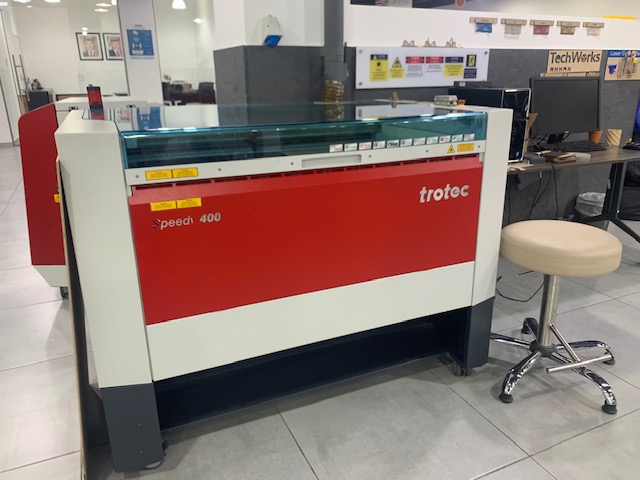 turn on the machine by switching the key thats when the bed of machine drop down slowlly and prepare itself for cutting . 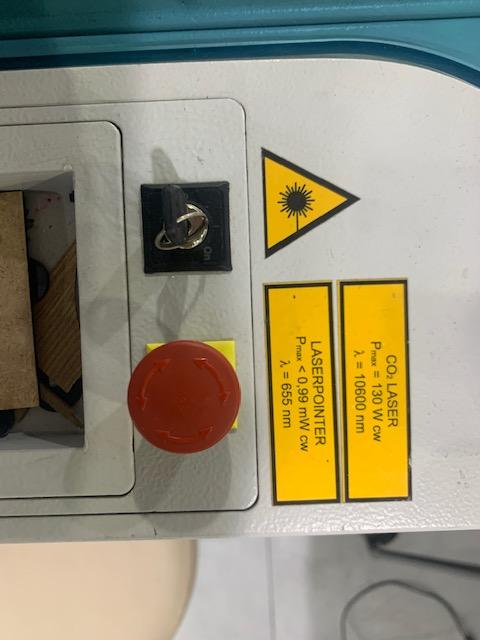 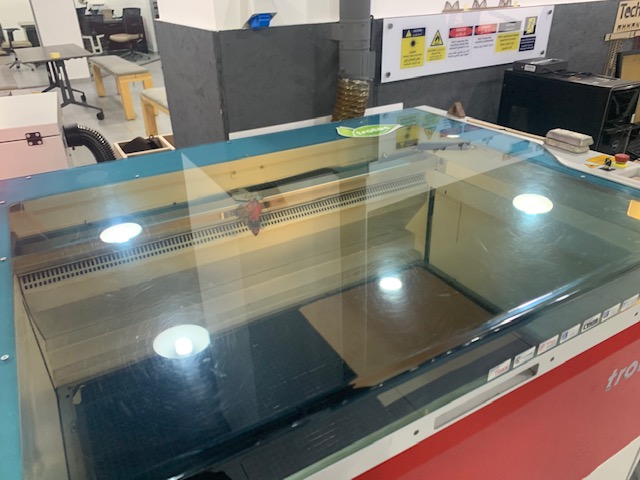 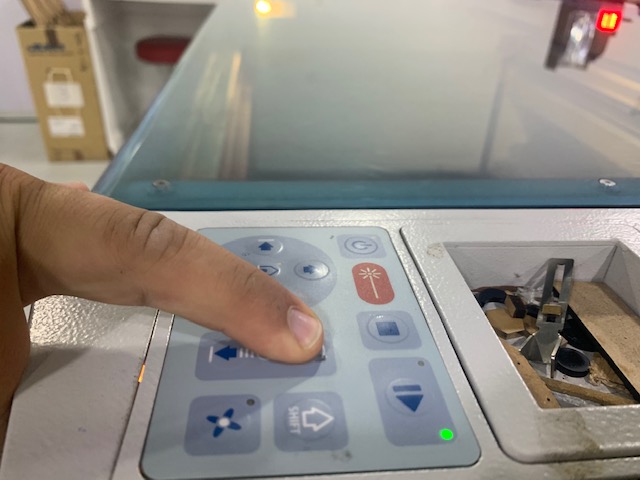 turn on the vacuum 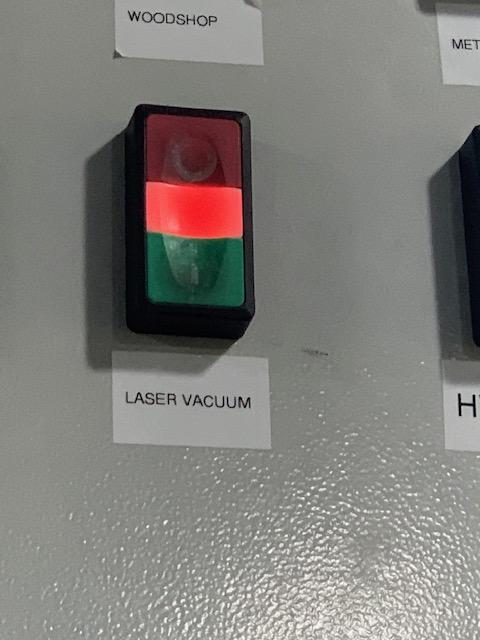 correct the focus using mini pick while leveling up the bed 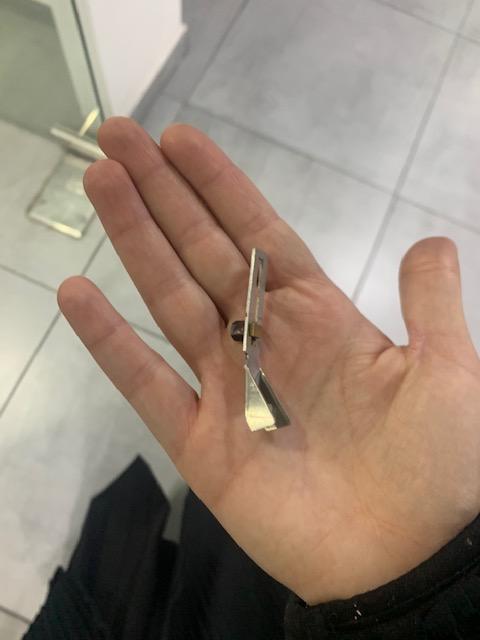 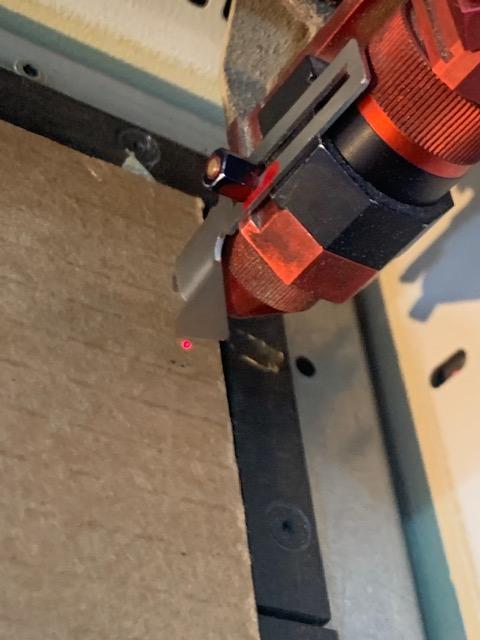 that it will drop when it touches the surface of the material.

prepare the line coloring to match the program trotec cutting color codes. which is in our case is red! so i make sure that the color of the cutting lines are red and the thickness of the lines are hairline with an appropriate scale. 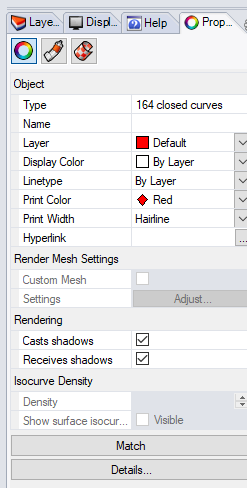 print and send the file to the trotec program 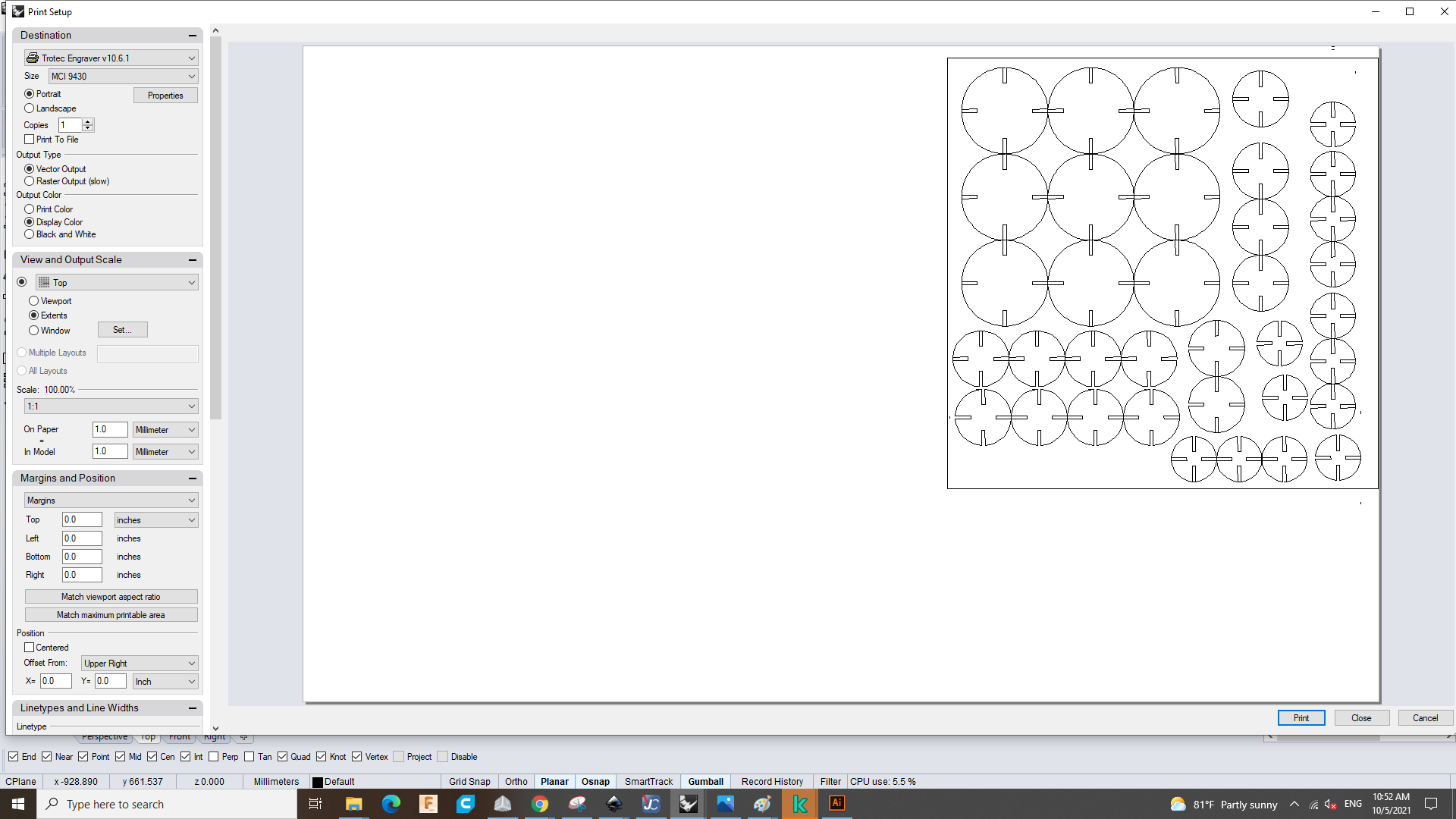 now connect the trotec the program to the machine

select the material you are using and the thickness of it and preview the estimated time. 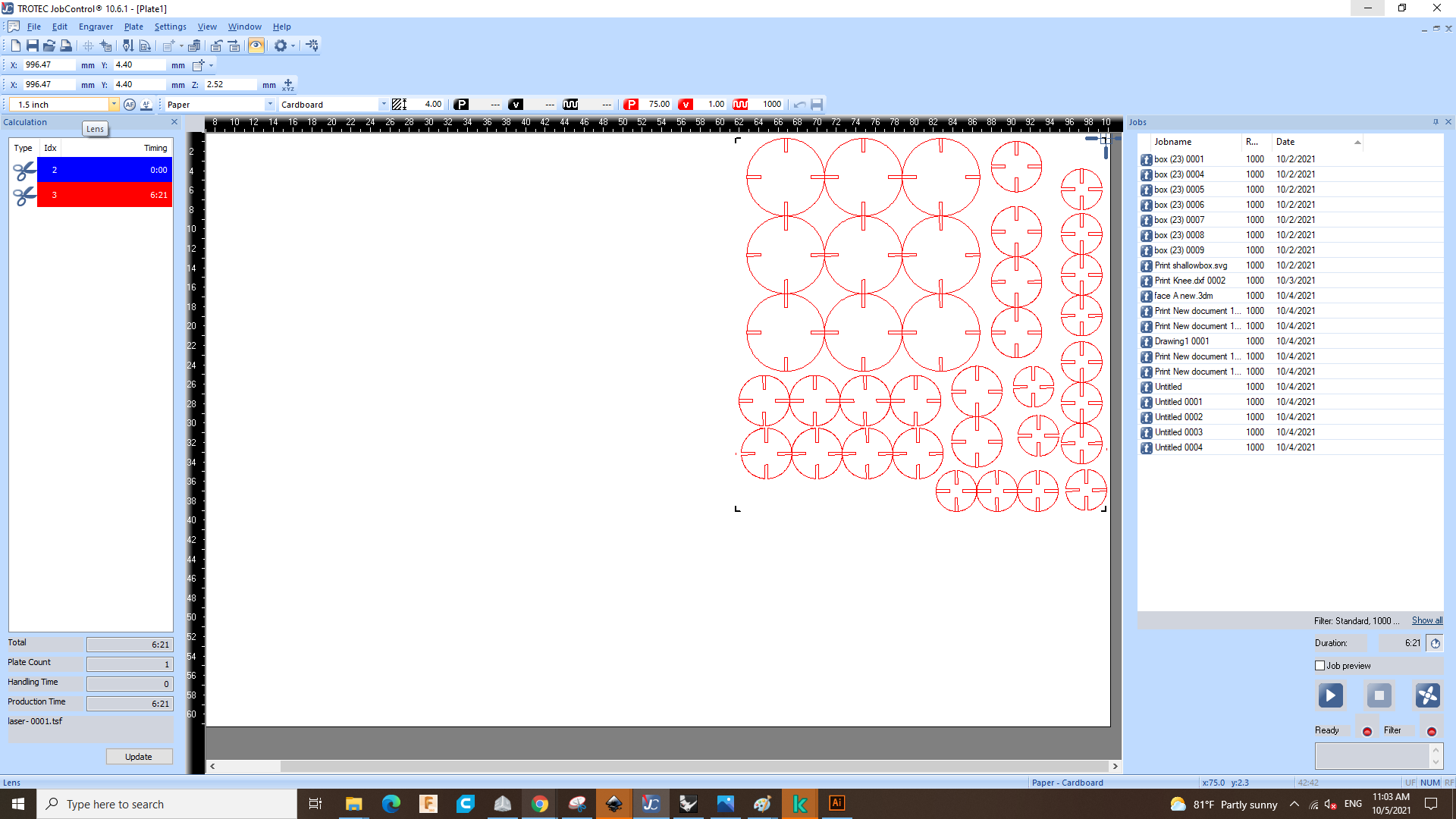 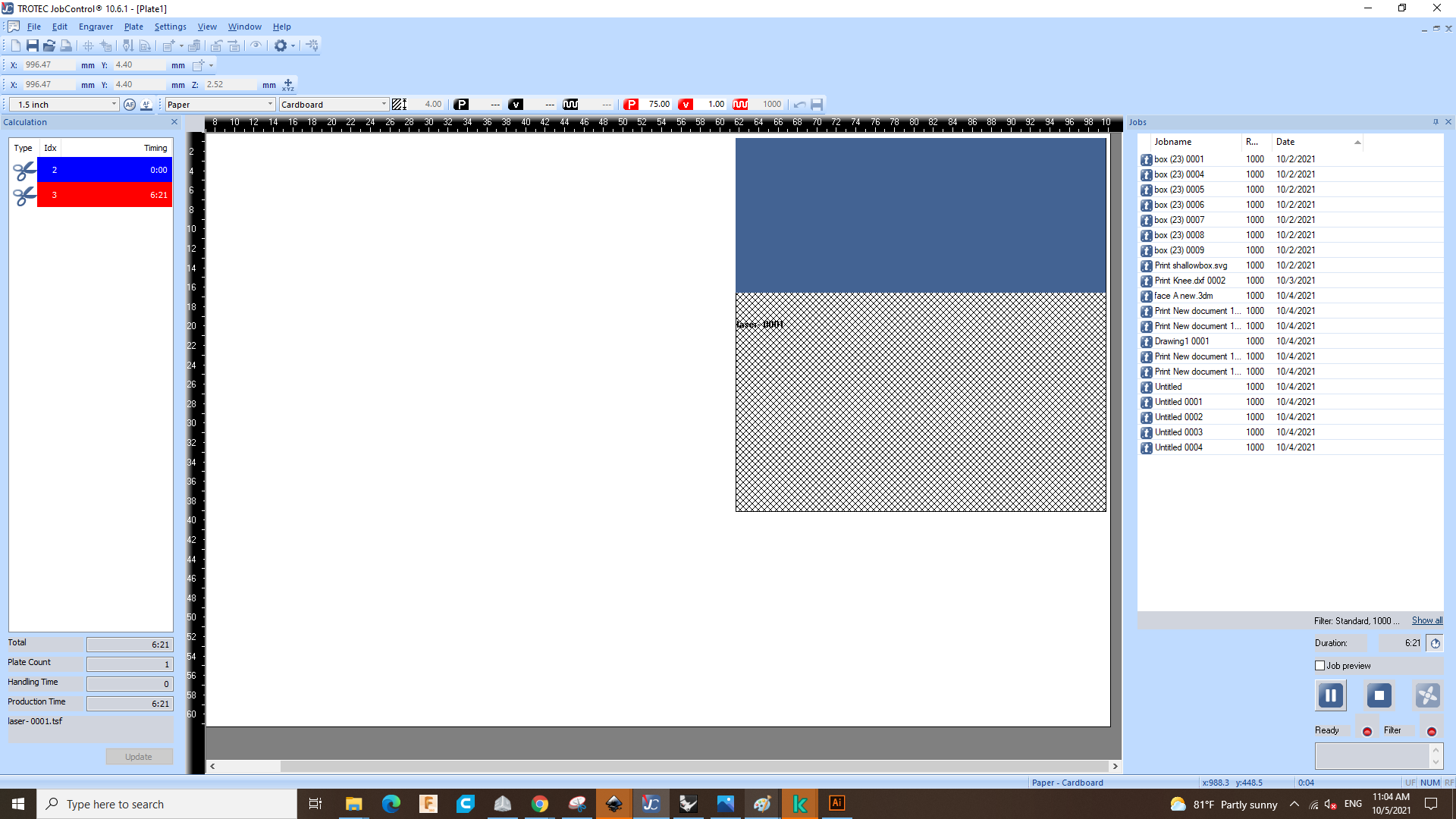 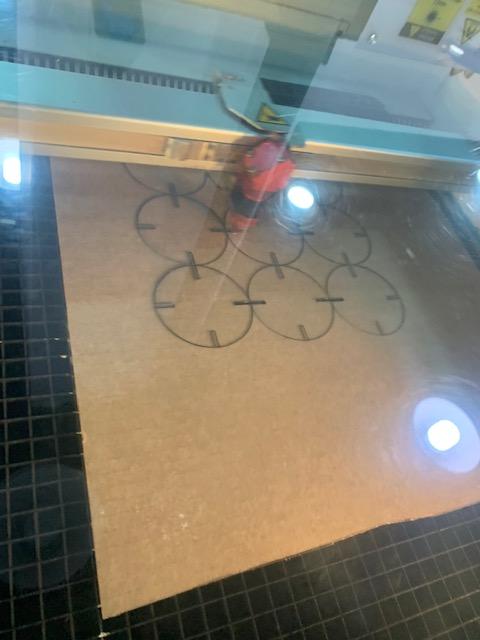 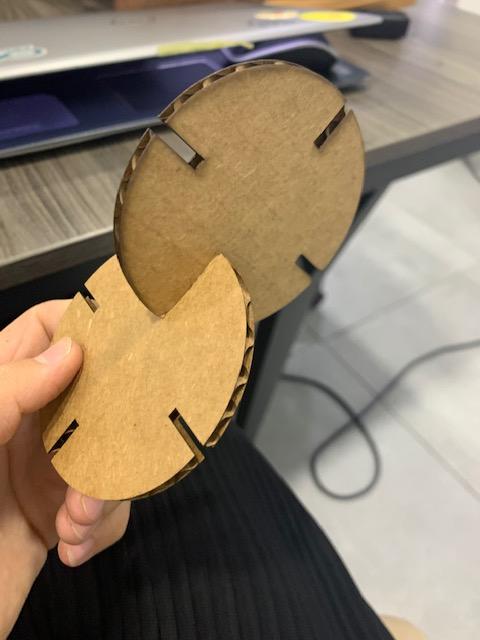 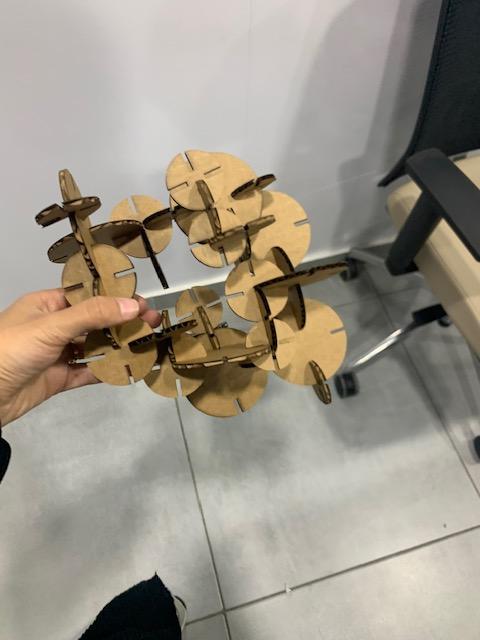