The project circuit and other components need to be gathered and mounted in one small case. Therefore, a 3D design case will be made.

The following are some resources, which helped me to imagine my design:

You can download all the design files from here:

As a first step, I have sketched the design of the upper part case that should be fixed on the thigh. I made the design simple and draw it by hand to imagine how my 3D design will be and where the circuit and all components will fit. 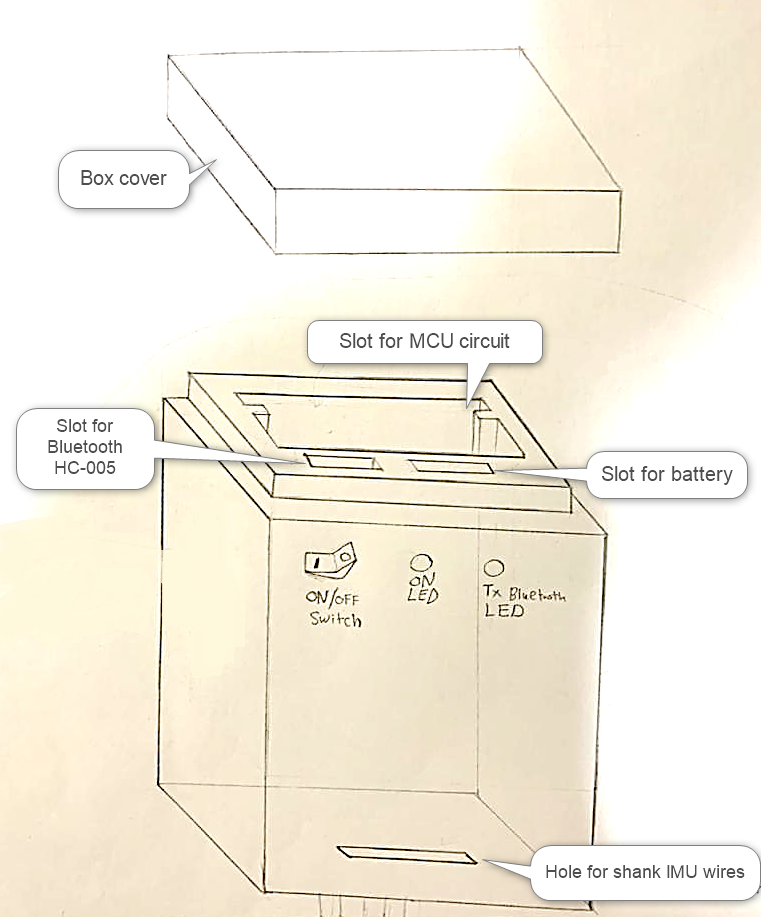 Later, I have changed my design idea for a simpler and smaller one to be more convenient to wear. Also, I have reduced the size of my micro-controller circuit and redesigned it to a circular shape. In addition, there is no need for the bluetooth module (HC-05) slot because I have used a built-in bluetooth (RN4871). Also I've decided to print the design on the fabric directly. The process will be explained in details in the following steps. 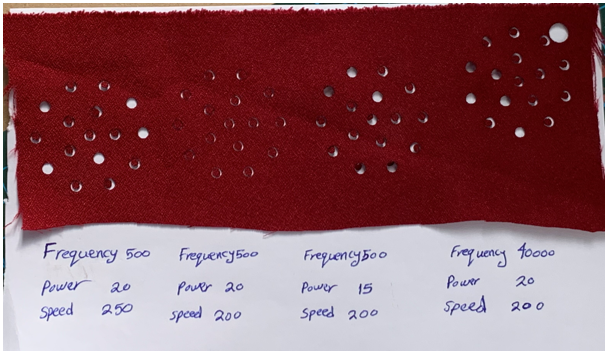 After doing the tests, I have designed 2D circular patterns using Fusion360 in the size of the shank and thigh circuits. Design is shown below: 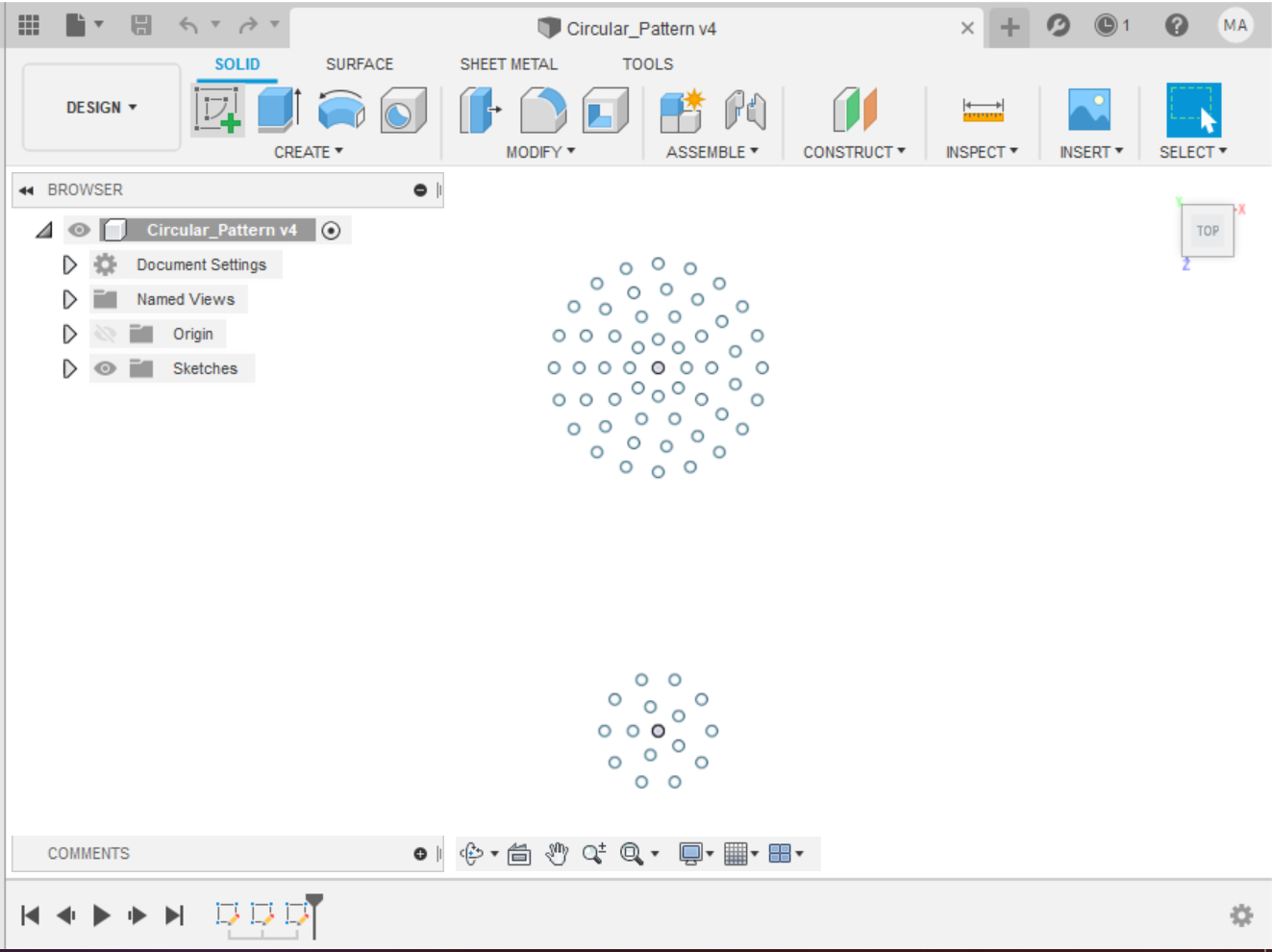 I have exported the design as dxf file and sent it to the laser cutter. The process of laser cutting is shown below:

Then I have removed the dots using a tweezer. 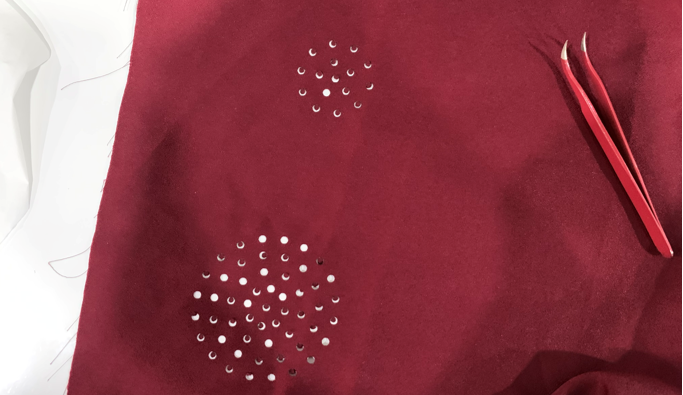 I have used Fusion 360 Autodesk to design the parts I need to print for my project. I made two design files, one is the micro-controller circuit and battery enclosure (upper case); while the other one is for the second IMU sensor and vibration motor circuit enclosure (lower case).

Note: The following 3D simulation may not be opened when using some browsers, try to open it with Firefox if not working with chrome.

The second enclosure is designed in the same way, but in a smaller size based on the second circuit size.

I have printed my 3D design using Ultimaker 2+ printer and did the slicing using Cura slicer. The printing material used was "PLA". Slicing settings as shown bleow:

As a base for the print, I have printed 5% layers of the design. Then, I paused the 3D printer and added the textile on the printer bed and fix it with tape and clips. After that, I continue running the printing file. The full process is shown in the following video:

After that I have removed the textile with the print and sent the slicing file of the upper parts of both shank and thigh circuits to the 3D printer.

First, I have made wiring between the ON/OFF switch and the LiPo battery, so the device is turned on only if the switch is turned on as explained in the following youtube video:

Once the final printing was ready, I have assembled the components all together.

Final step was to sew the textile with the device on a stretch elastic knee sleeve. 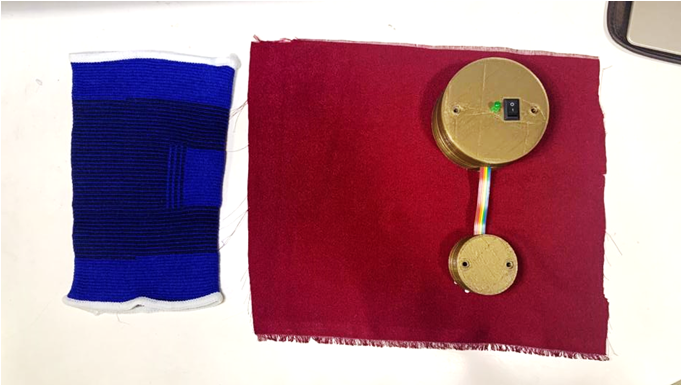 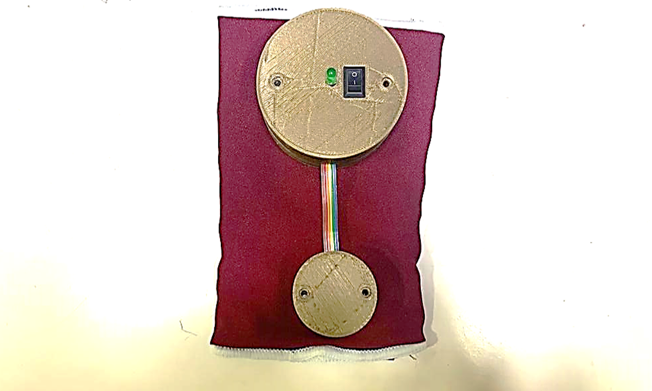