I wanted to cut a pcb with a venyl to give my young sister a small circuit that has led and battery mount on it to teach her about how electricity move in paths concept ..

so i decided to use HVAC tape .. 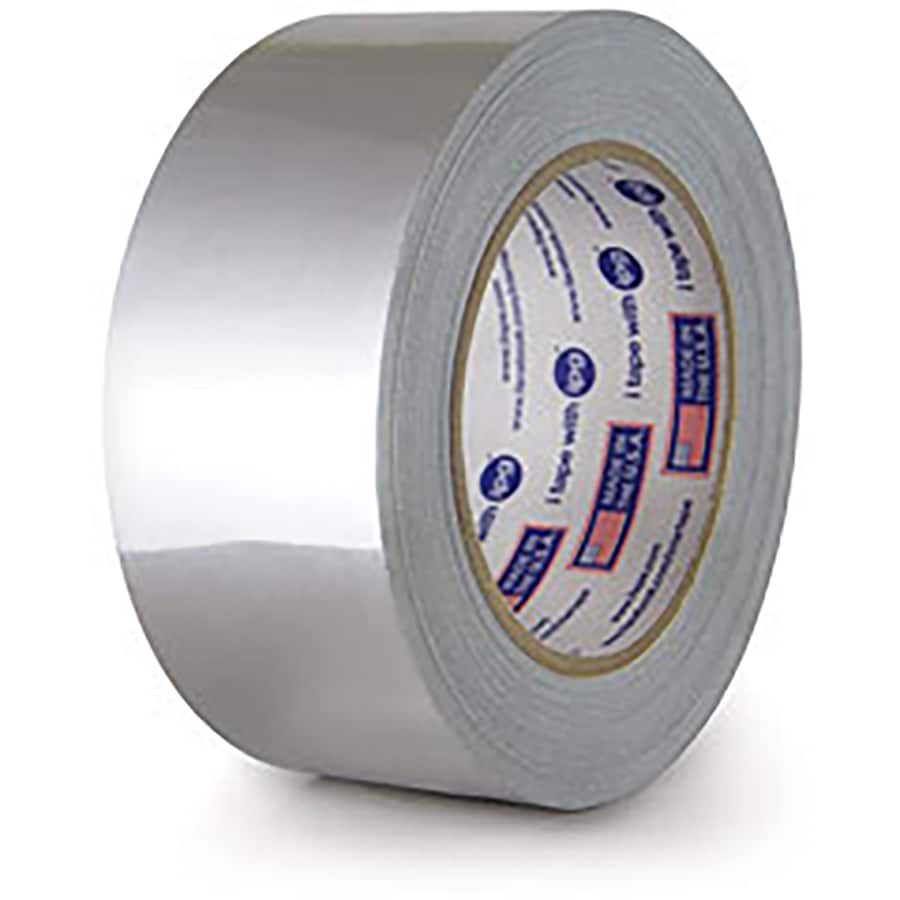 this tape is conductive and it has very low resistance …

i downlaoded extension for inkscape that can cut from the program directly .. 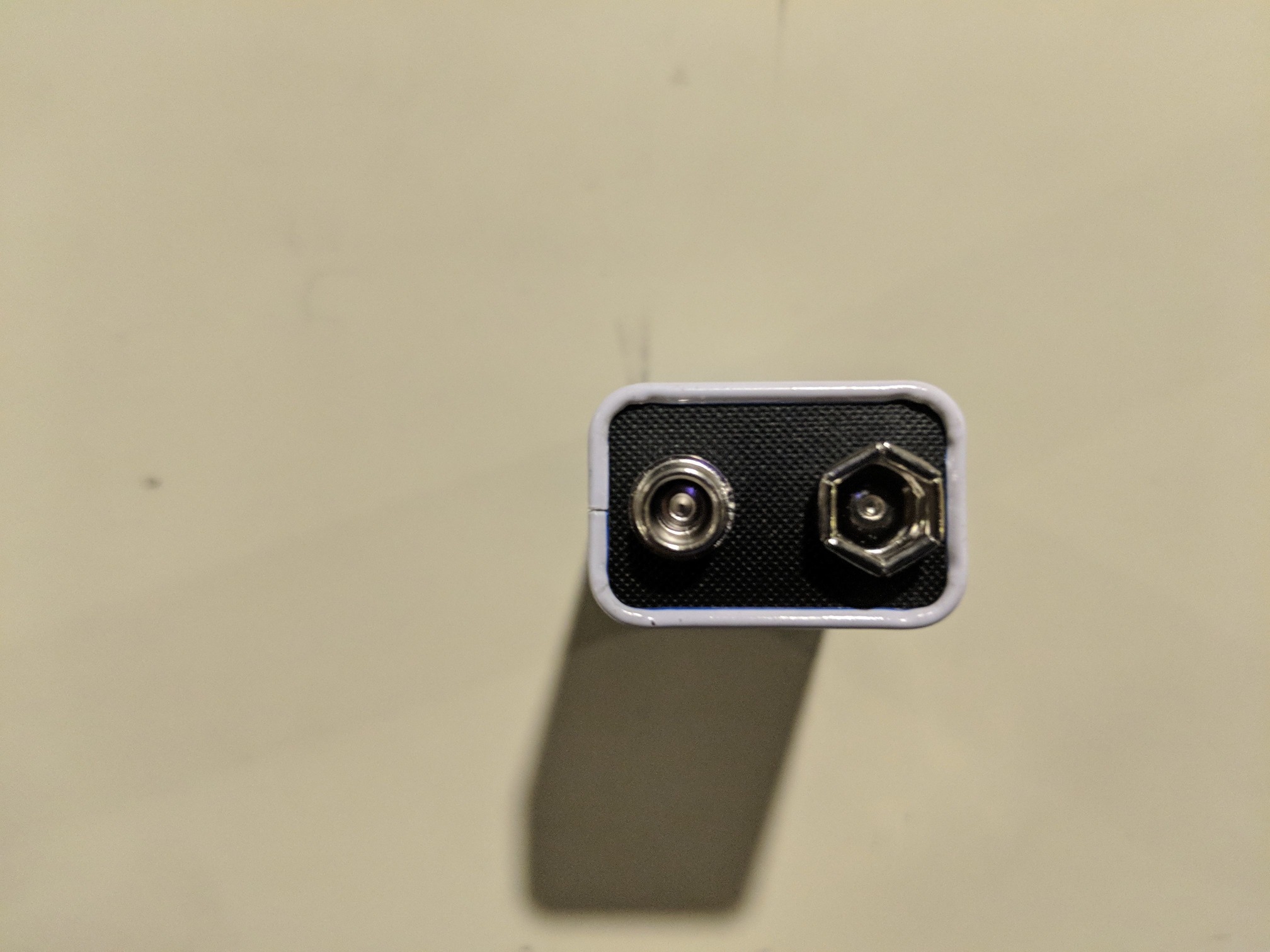 so i started with simplest circuit which should just power up LED the idea is to give my young sister fun thing to look at also not just PCB circuit with paths :D 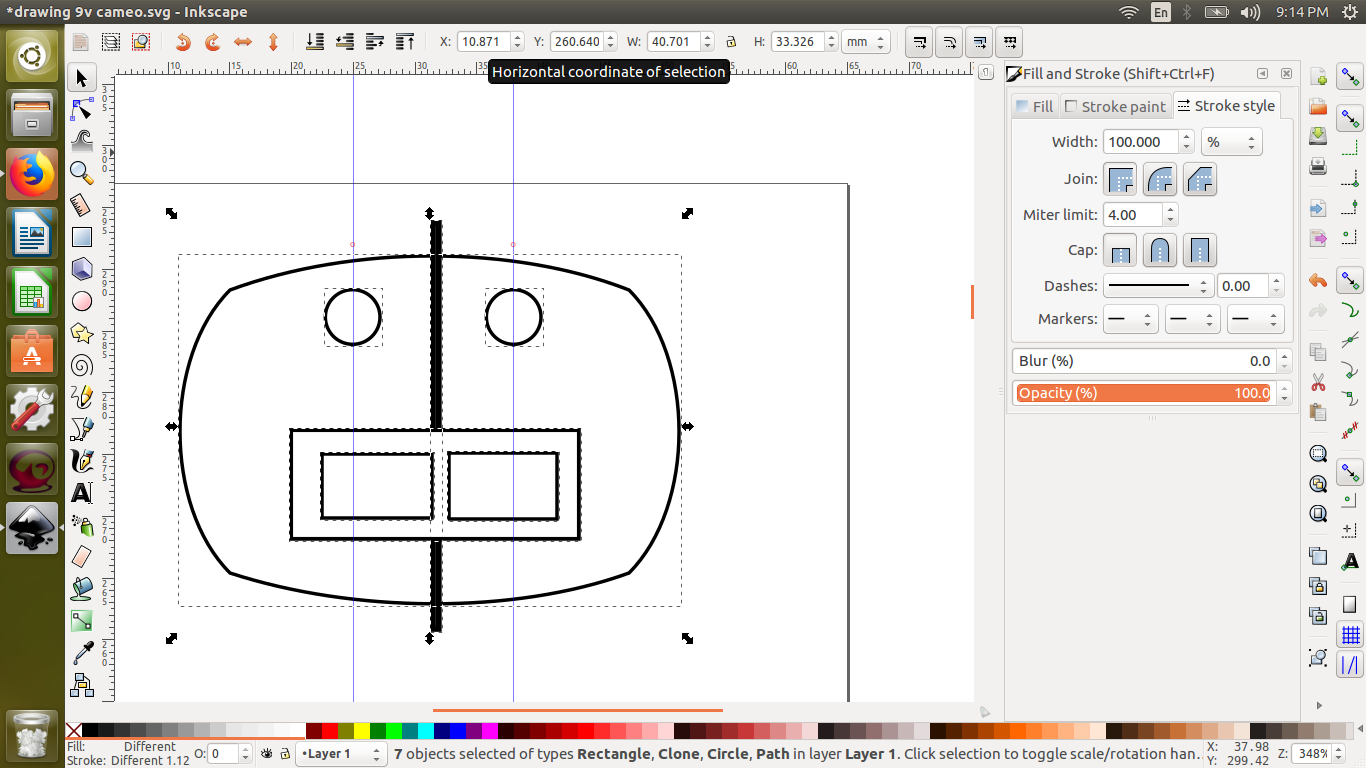 for venyl cut i can find 2 important parameters to play with, i set the values:

after sending the first cut 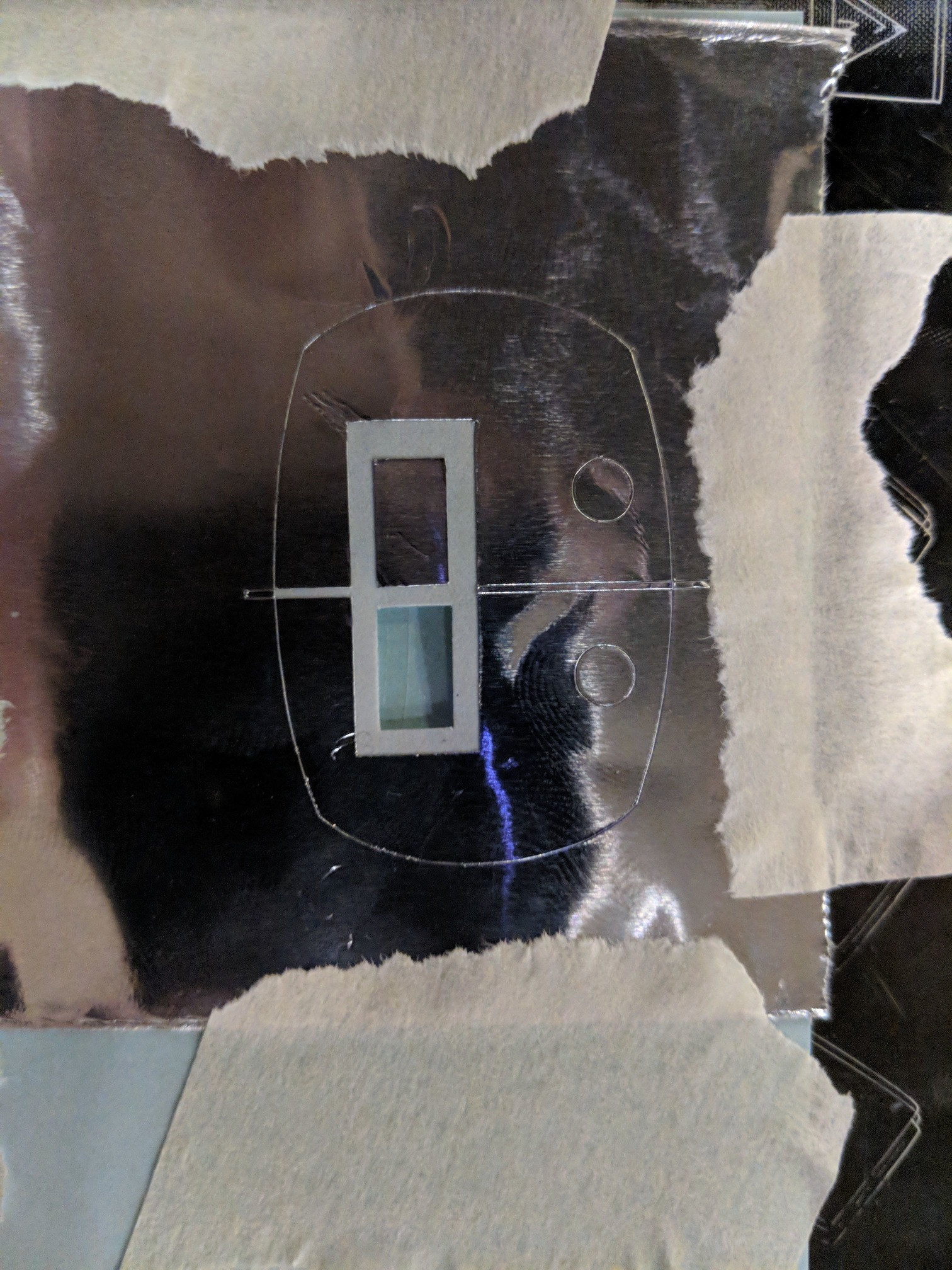 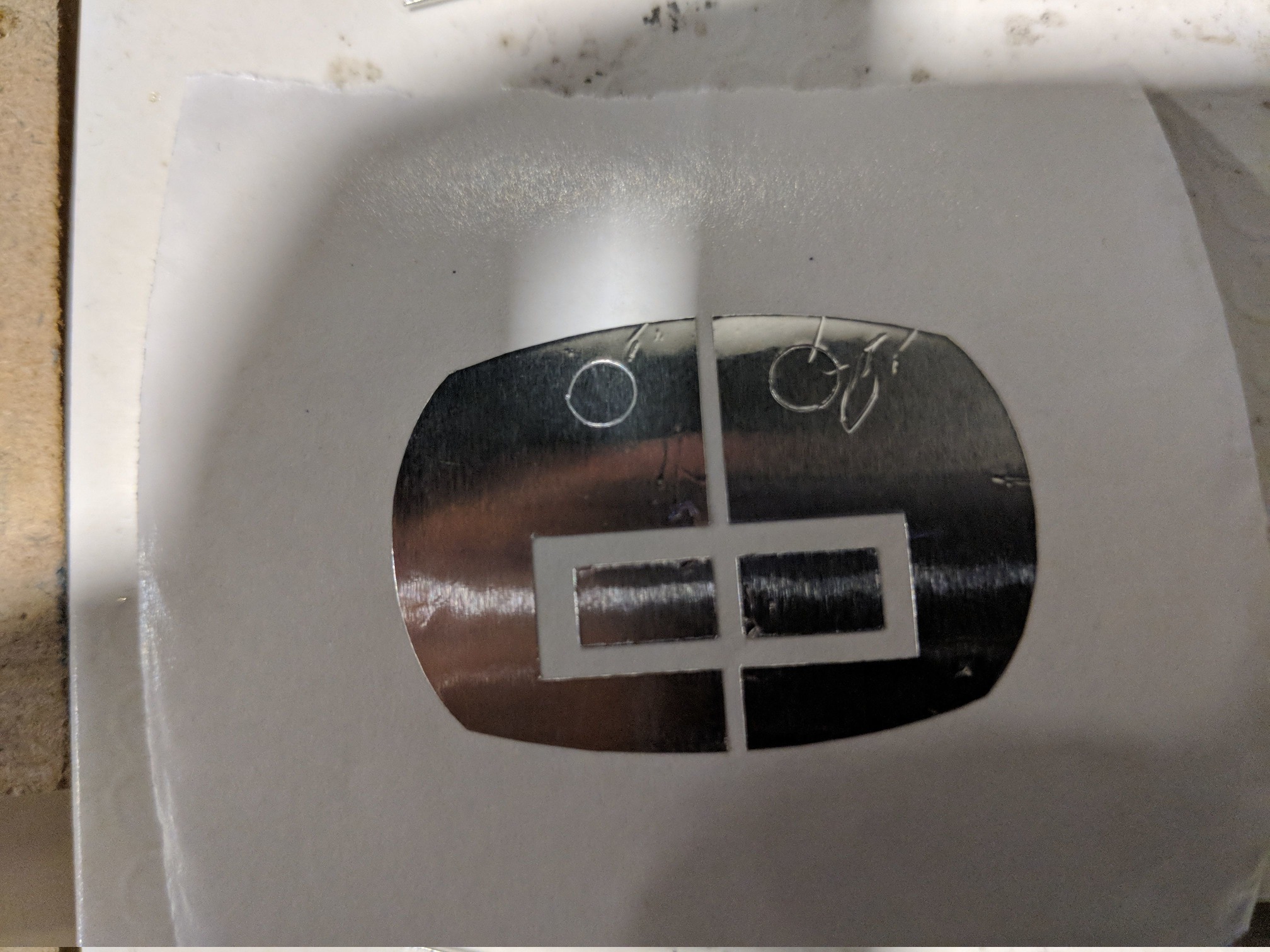 this is better, i can take the sticker out..

after it was cut .. i put LED to it and powered it


i wanted to make the component to stick to the circuit so i started drawing “Sewing holes” so the components can be stiched into circuit .. 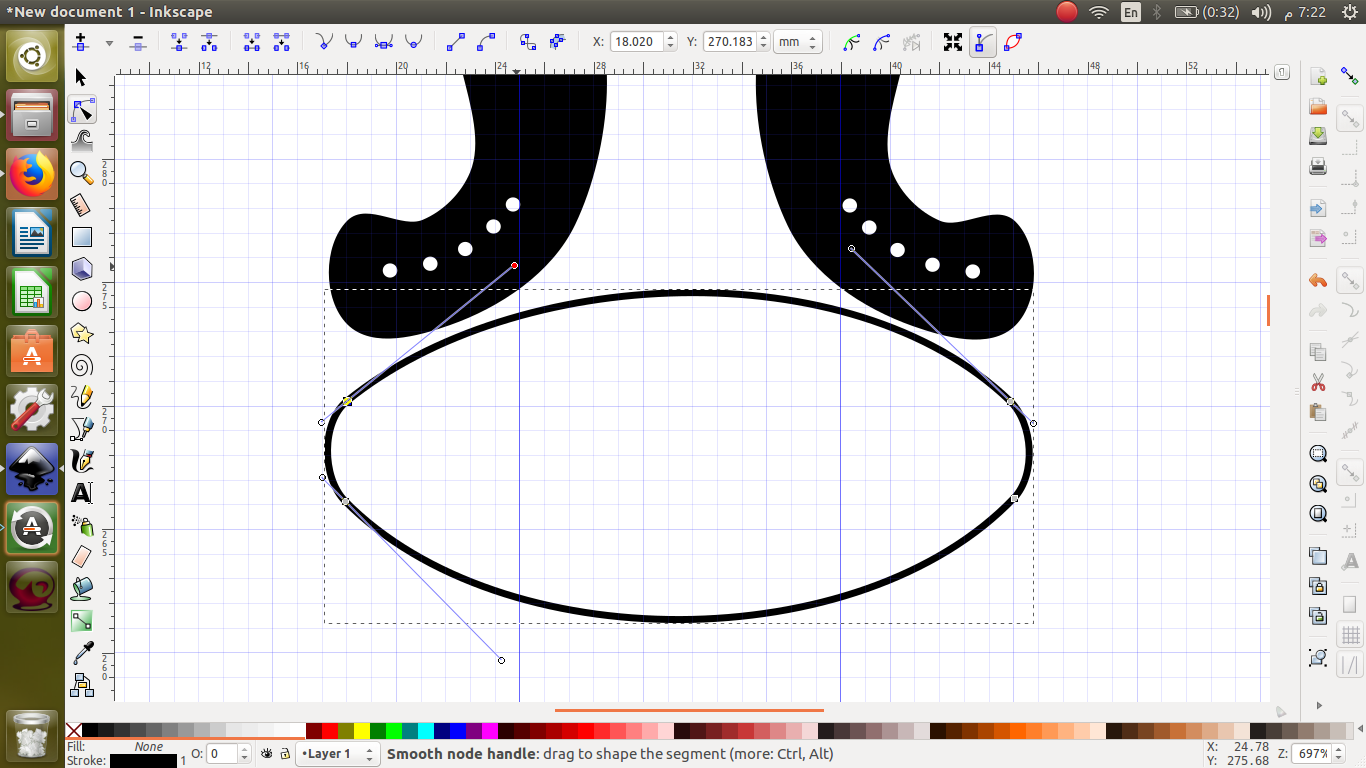 however, this is not good as the tape will be teared .. so i thought that i ll design just normal circuit with 3 leds that can be powered with this 9v battery .. 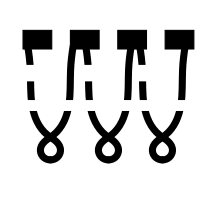 the small cut for the path so i can solder SMD resistor .. to limit the current and not burn the led

i tried to cut it for long time .. around 2 hours of adjusting the parameters (speed, pressure) ..
the cuts where bad and it was just scratches ..

so i started invistigating the hardware and found that the small piece of the tape was sticked to the knife when i put high pressure in one of the cuts: 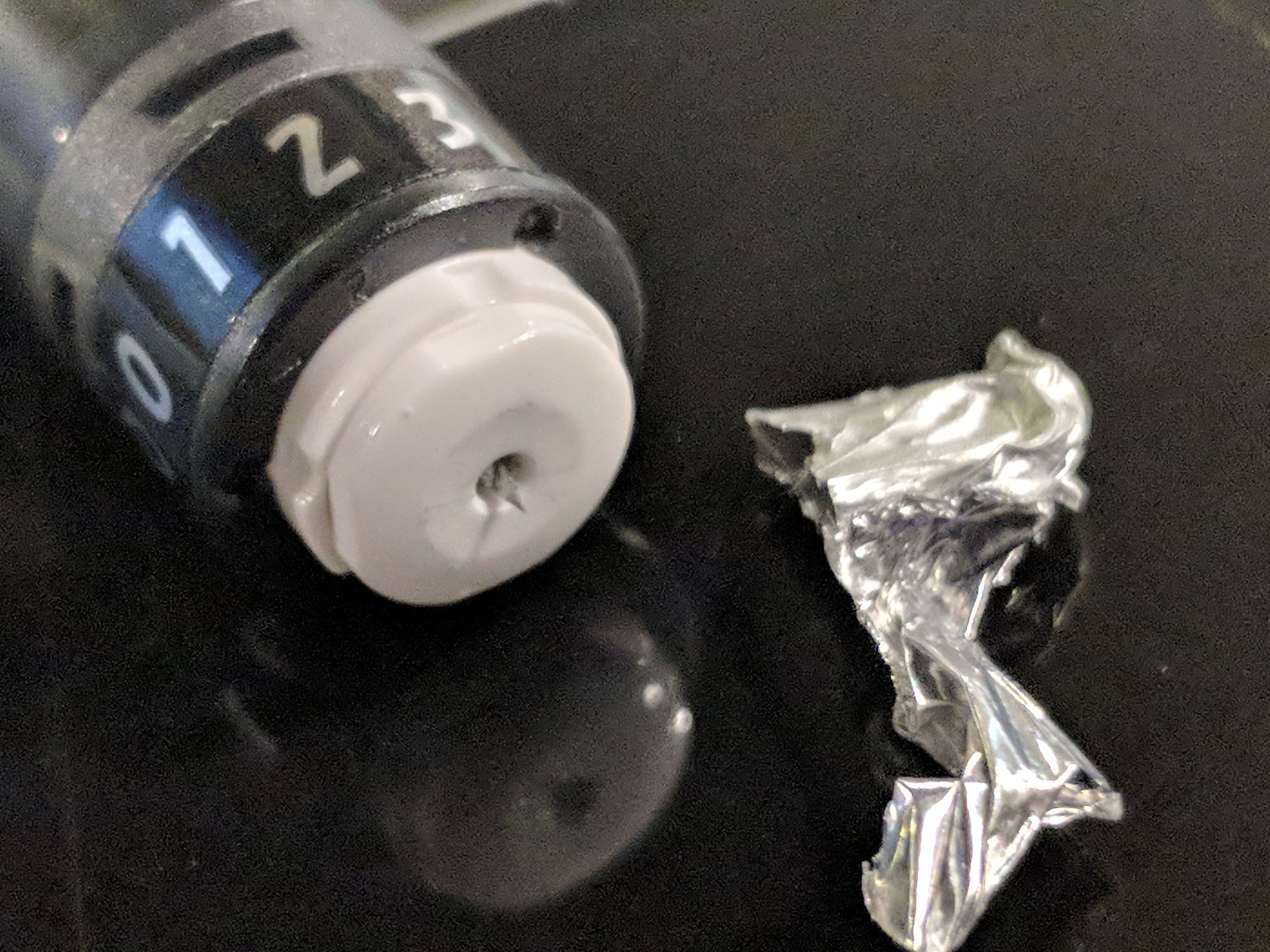 after cleaning it .. the cutter back to good condition i cut the design: 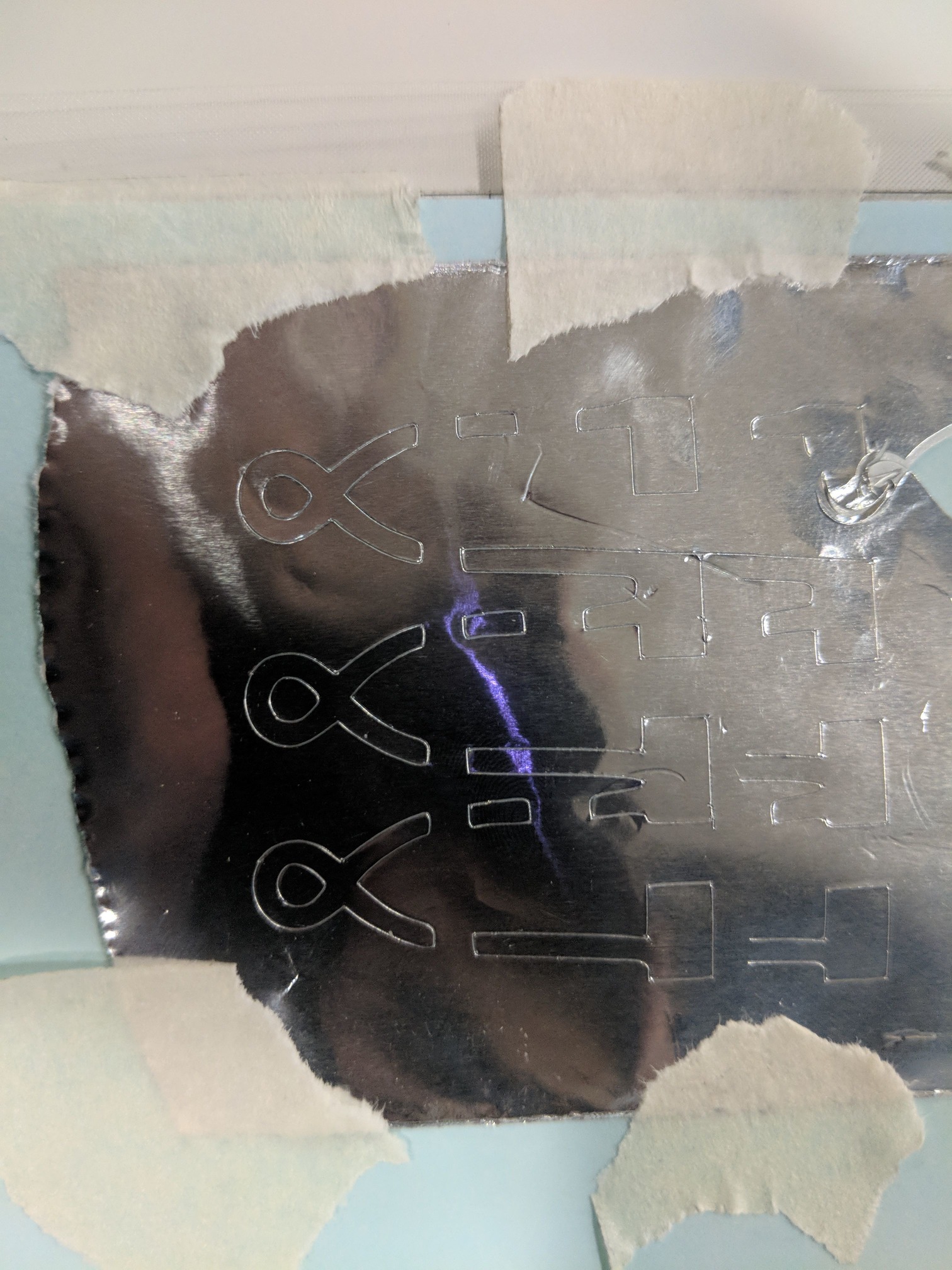 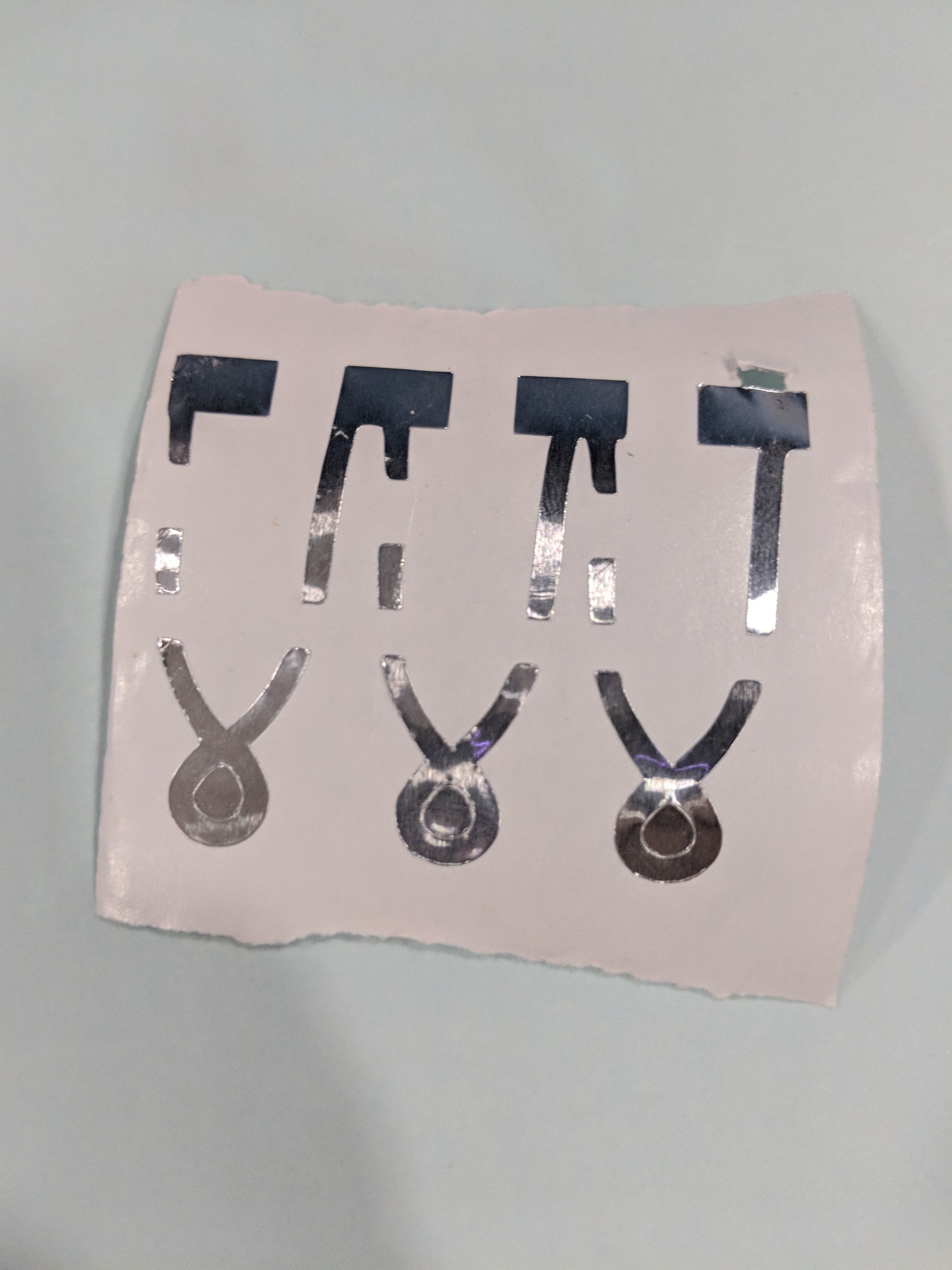 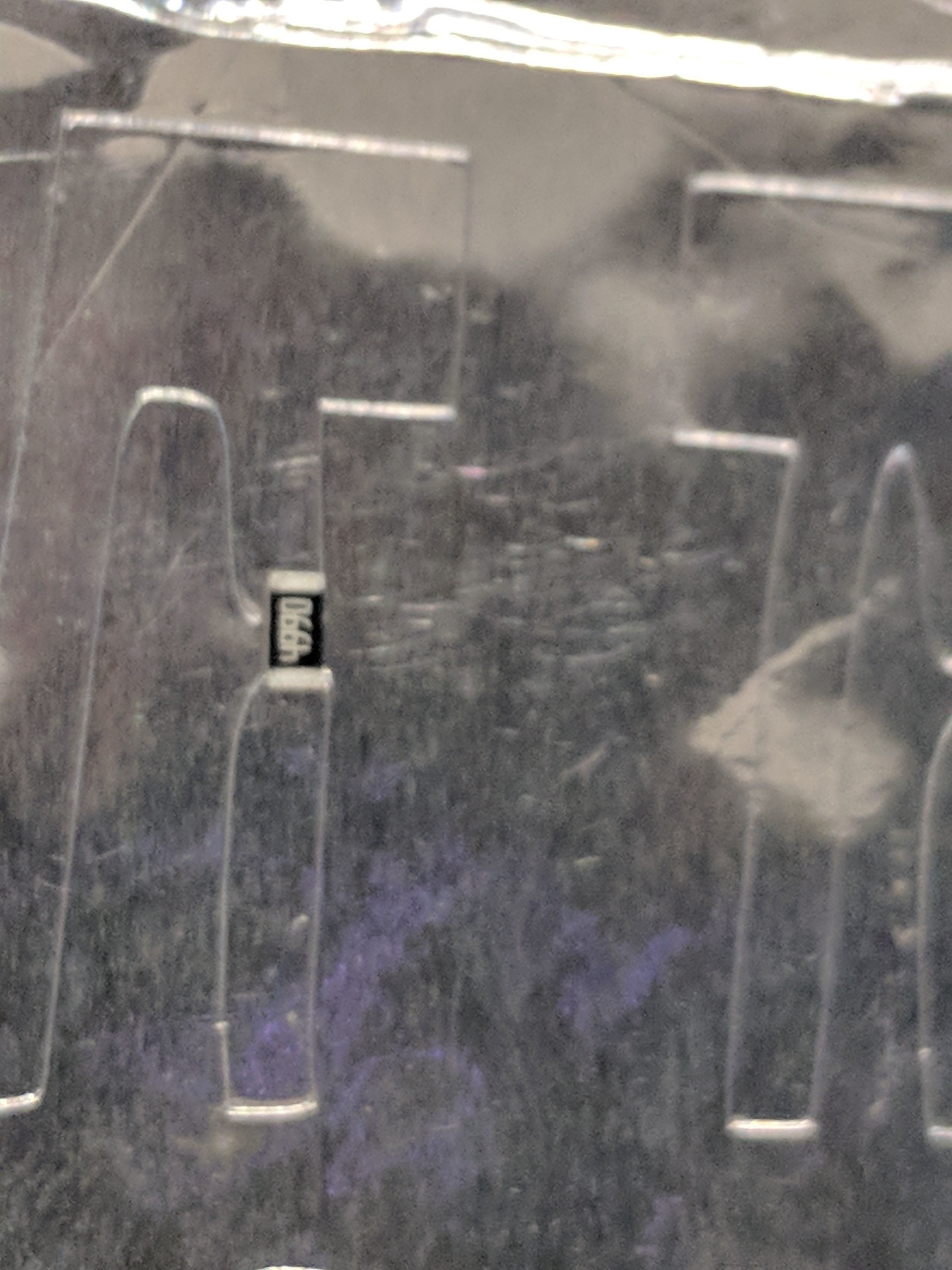 however, unfortunatily i couldnt solder the smd resistor into the tape i tried with: - solder wire - solder paste - hot air gun - solder tip - solder flux all of them didnt work the solder does not stick to the tape so i didnt have time but because this foil for HVAC so it was made from aluminium so i looked into internet and found this which i believe it would stick into it

and of course there is EEVBLOG thread: EEVBLOG

Another part of the assignment this week is to Design, lasercut, and document a parametric press-fit construction kit, accounting for the lasercutter kerf, which can be assembled in multiple ways

The laser cutter we have in the lab is epilog laser mini 24 with bed size 610 x 305 mm. It is a versatile CO2 laser machine capable of cutting and engraving a lot of different materials like wood, acrylics, plastics and stone. 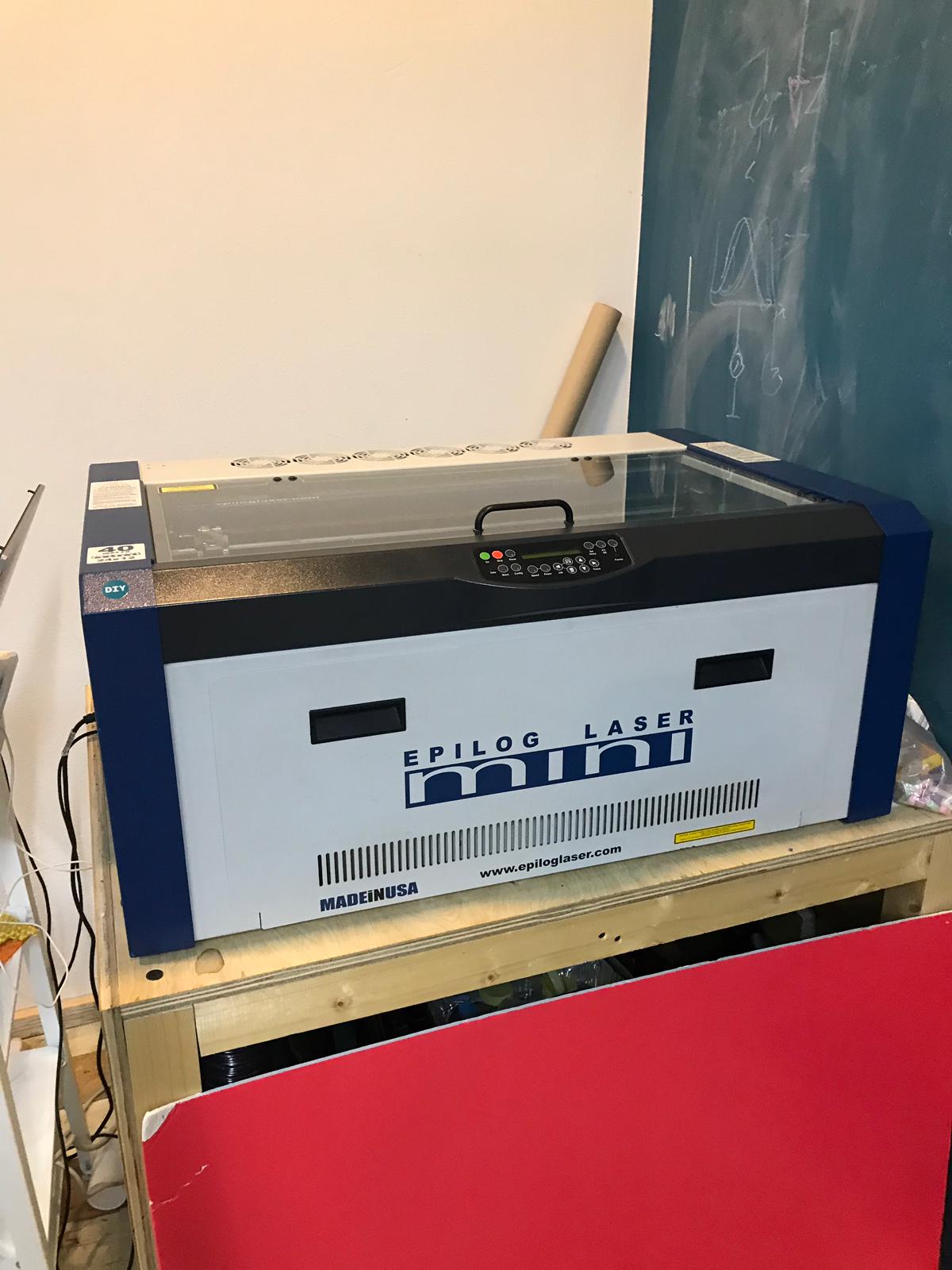 the final result is 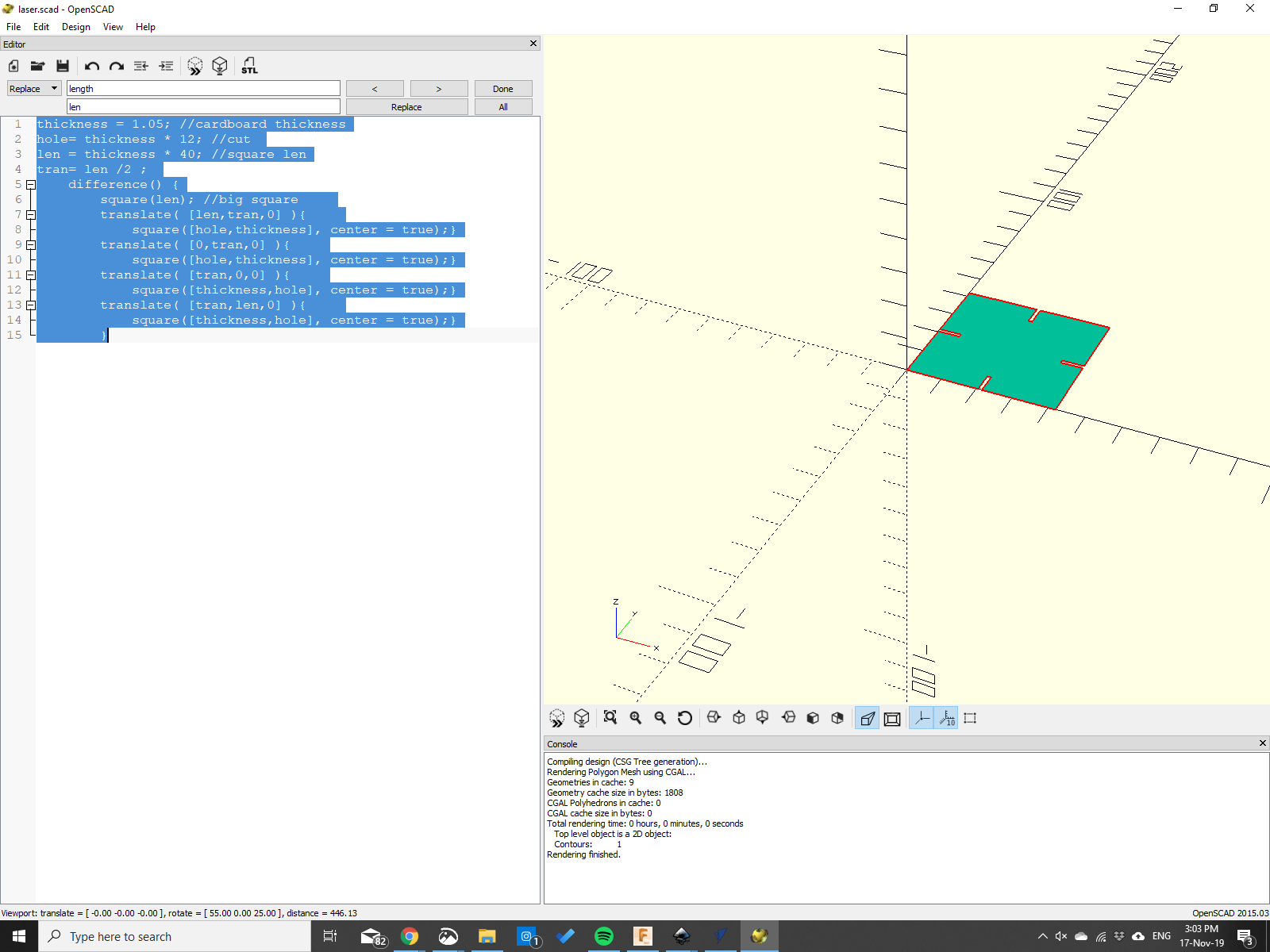 The material i am using to cut the design is cardboard that is 1.2mm thickness. we did test parts on it to test the best thickness to use in design as group project here

We found that best thickness to put in design for cutting is 1.05mm and thats what i set in the code. i export the design in dxf and opened in inkscape to edit for laser cutting. the laser cutter software default detects vector lines color red (RGB 255/0/0) for cut and rastr blue (RGB 0/0/255) for engrave. I made the line color red 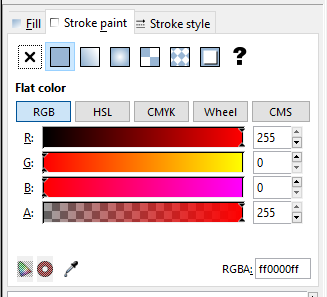 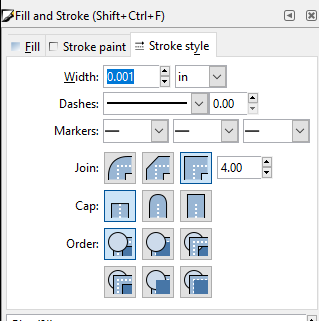 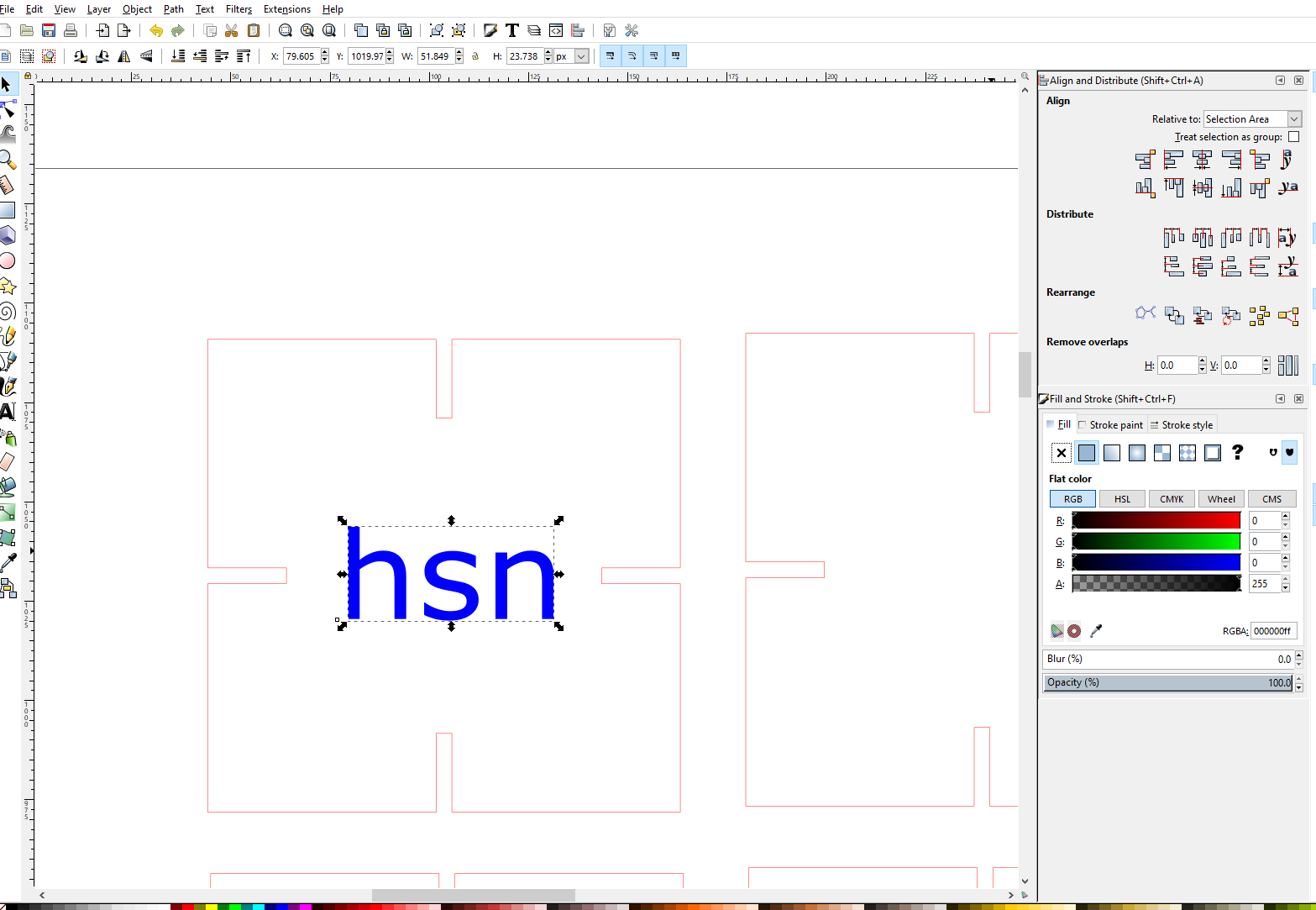 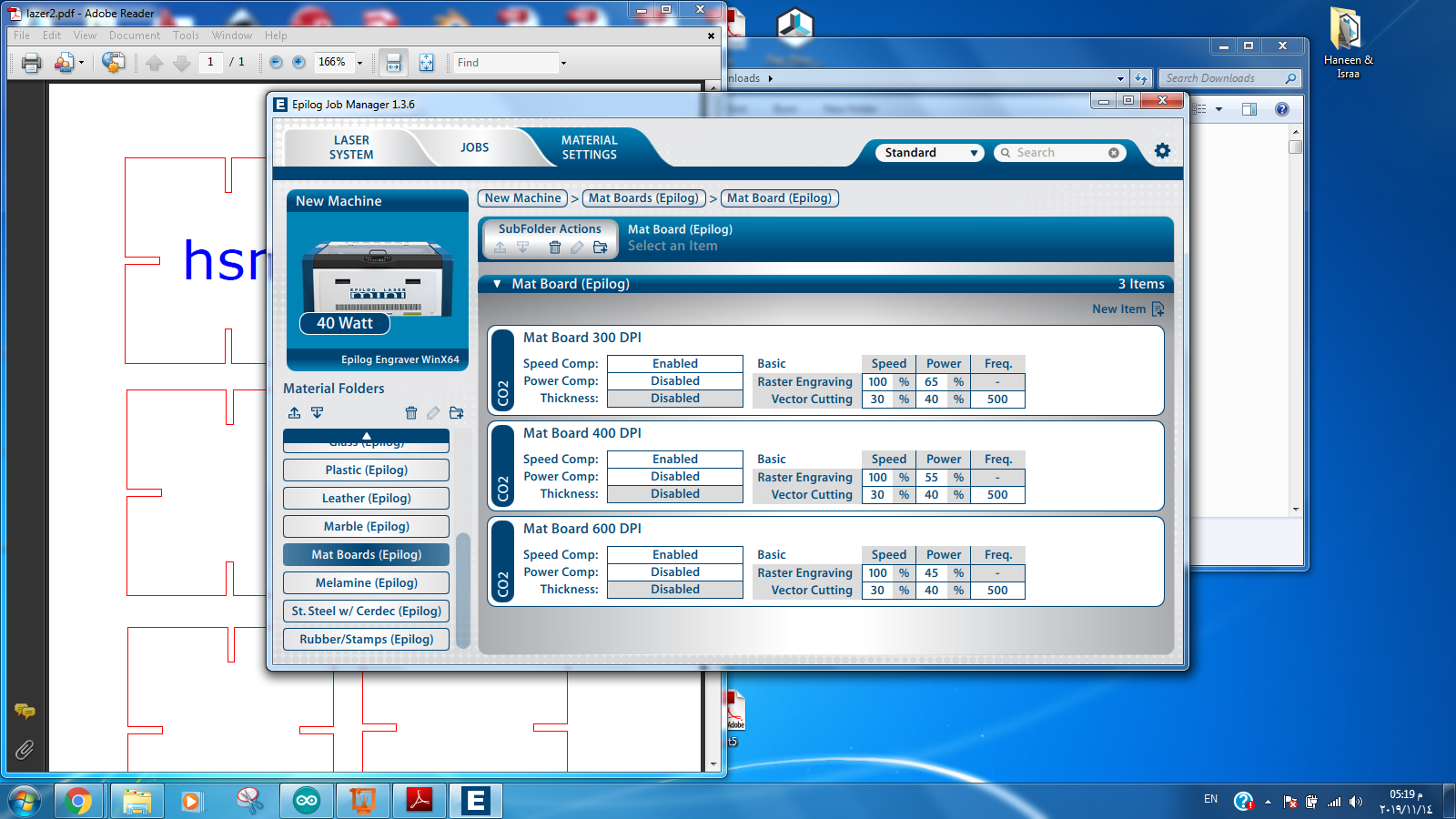 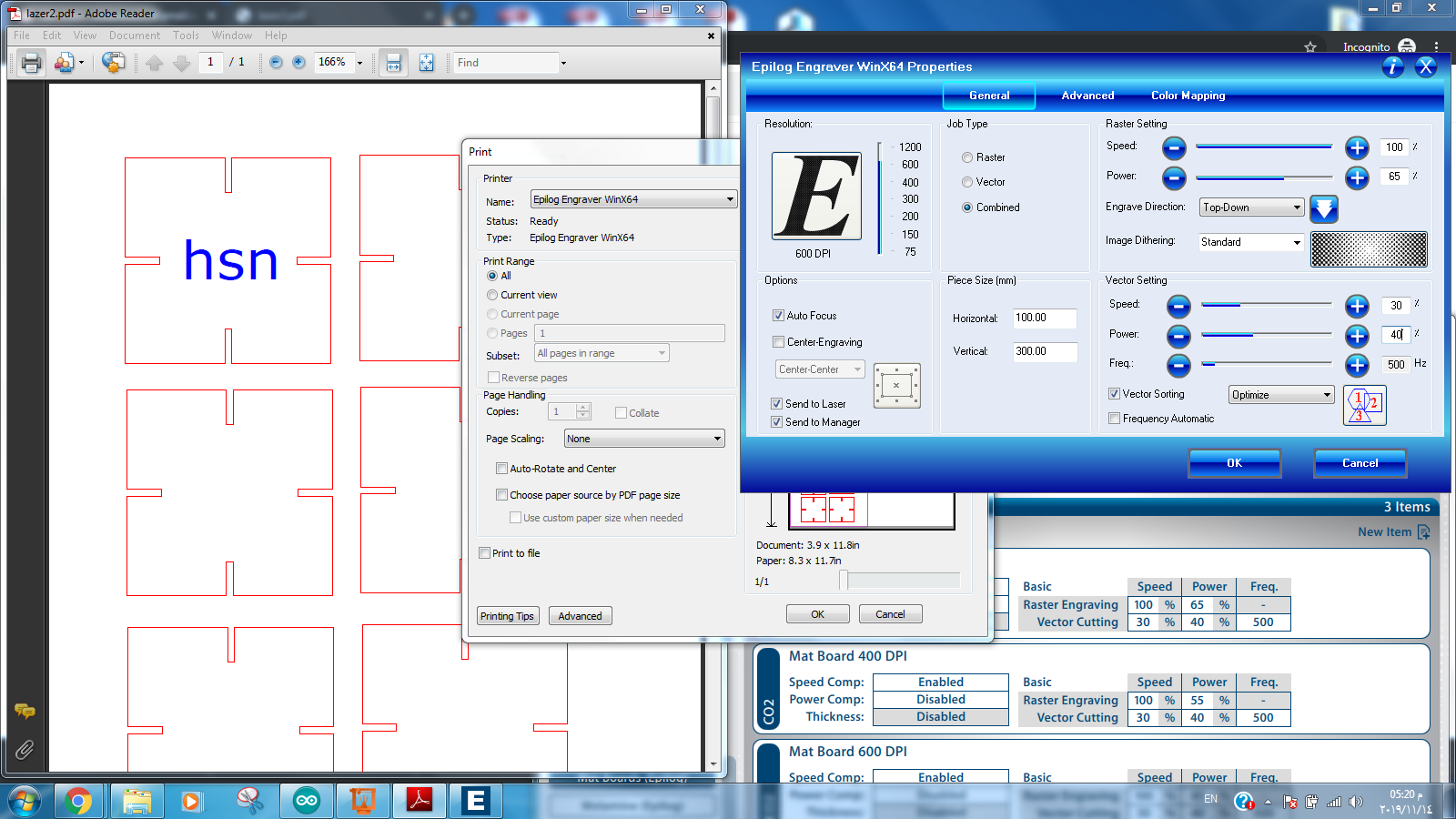 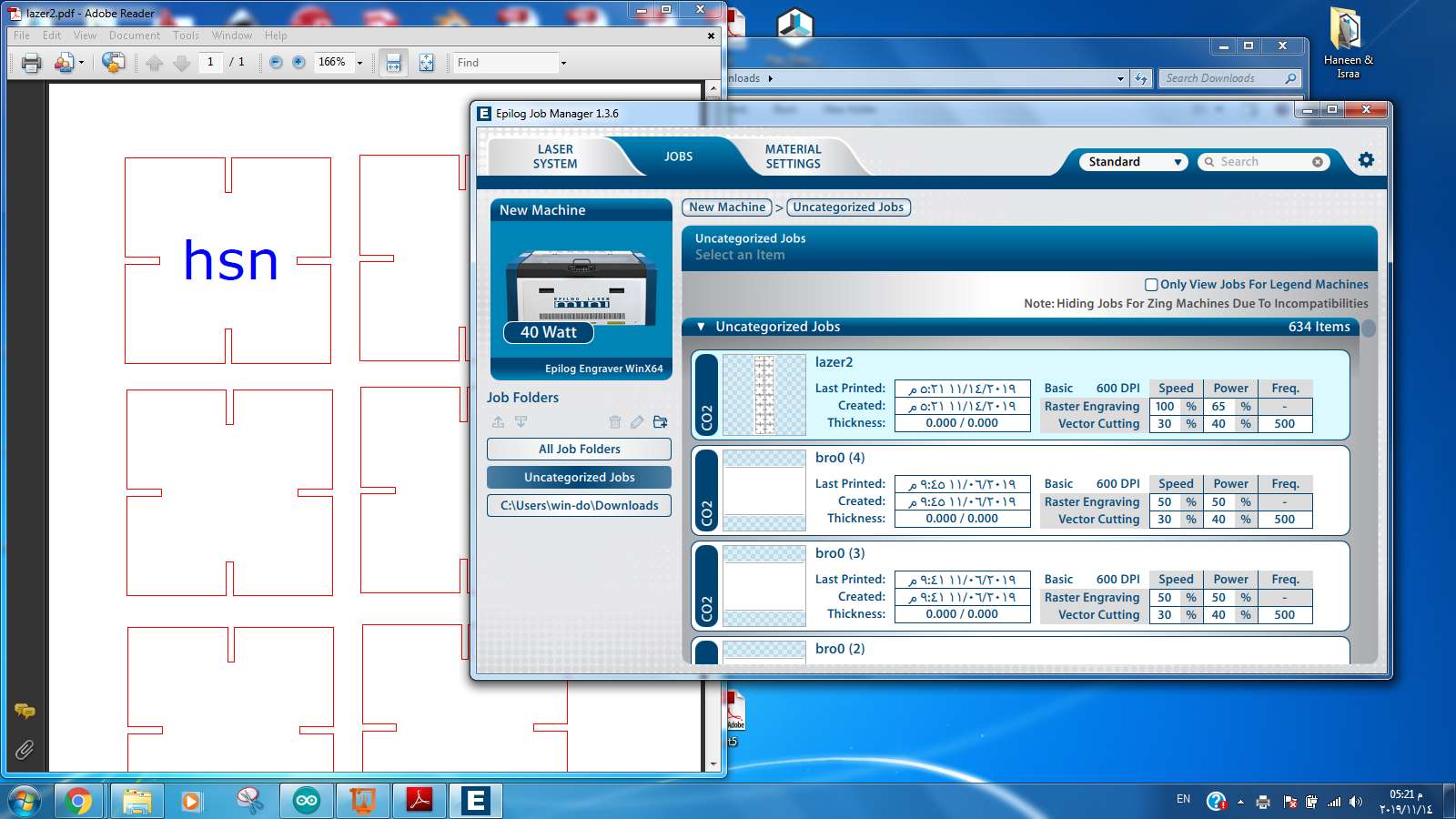 It cut it okay and engrave. i got parametric kit i can connect in so many ways 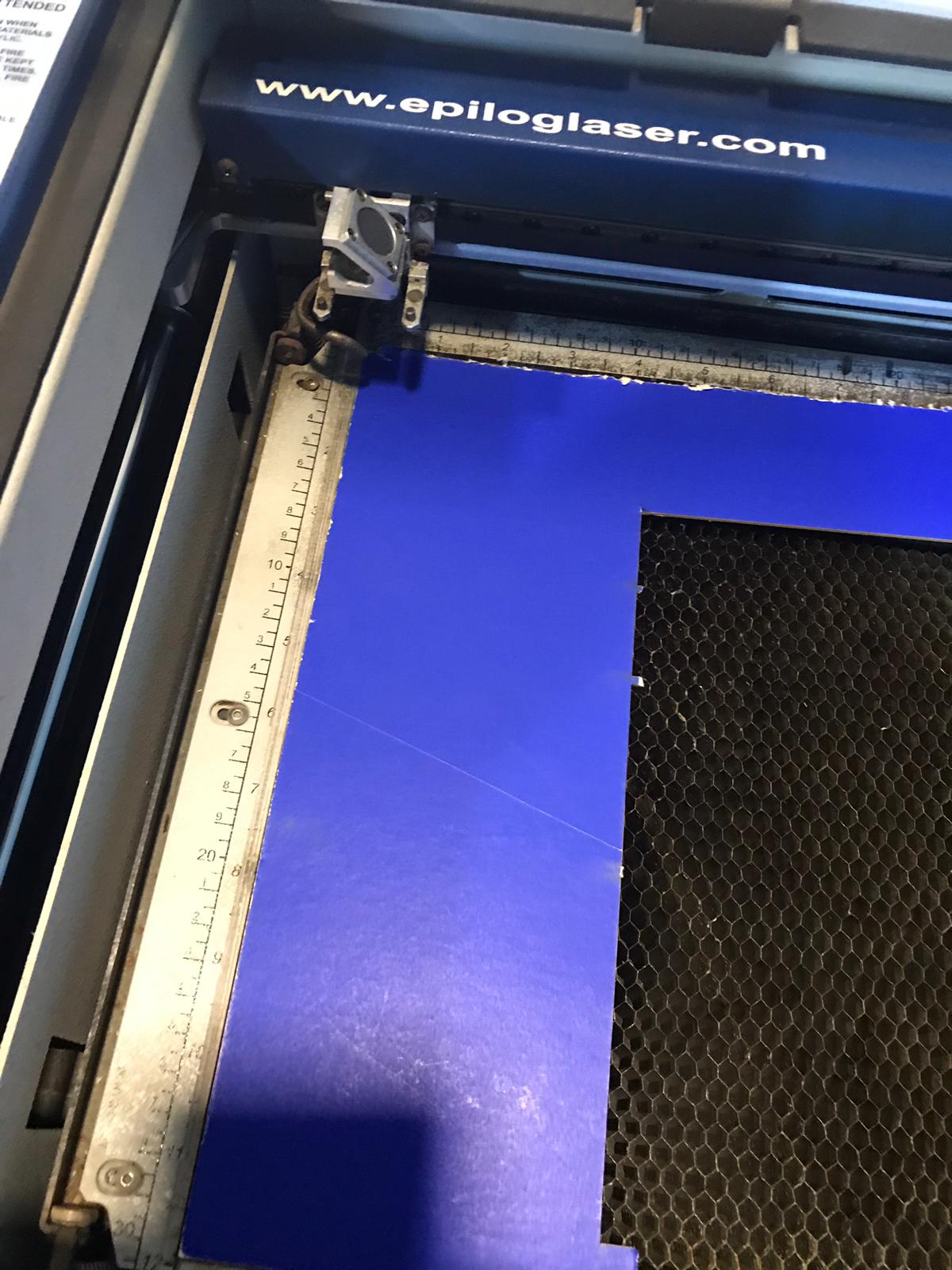 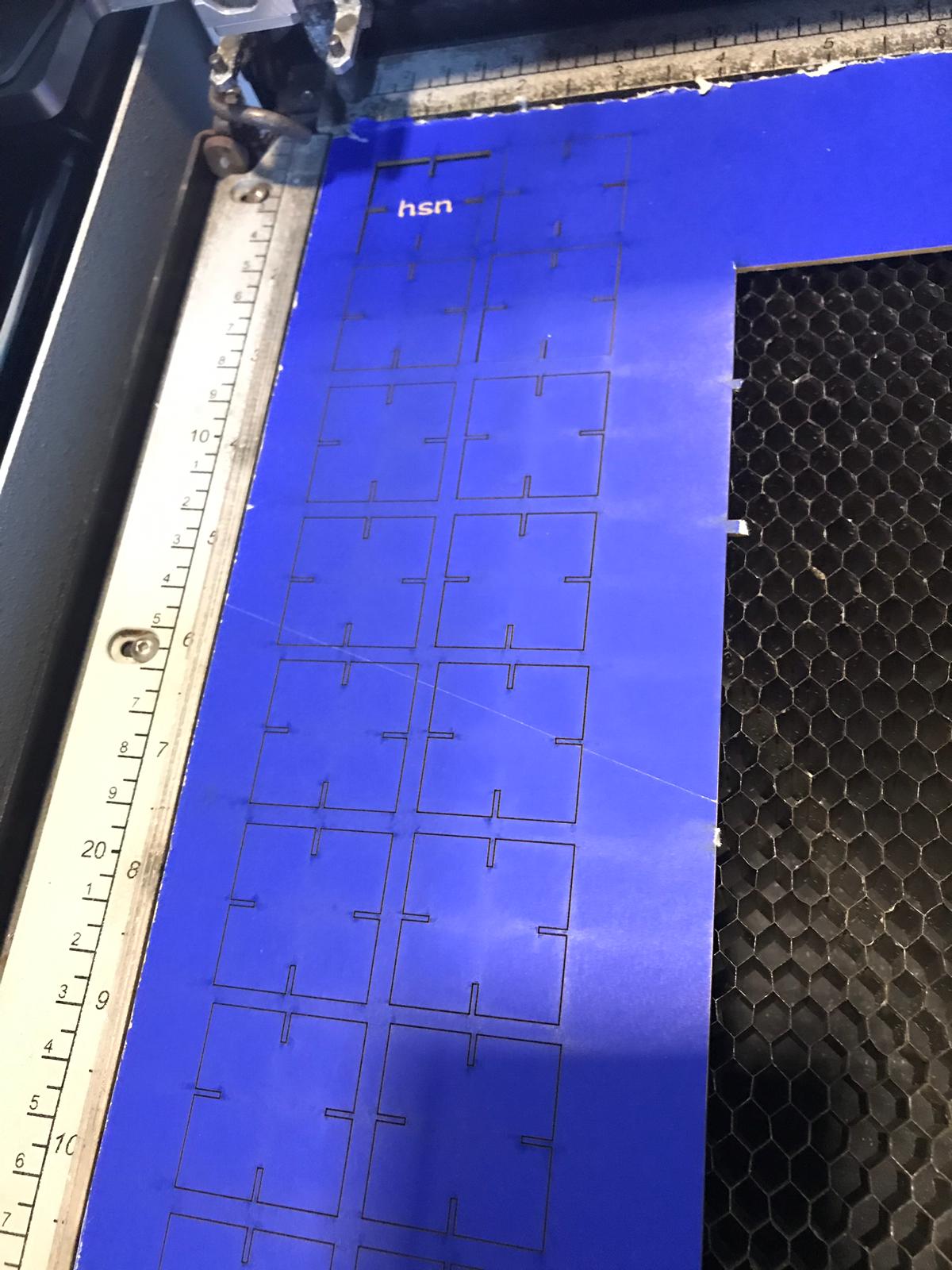 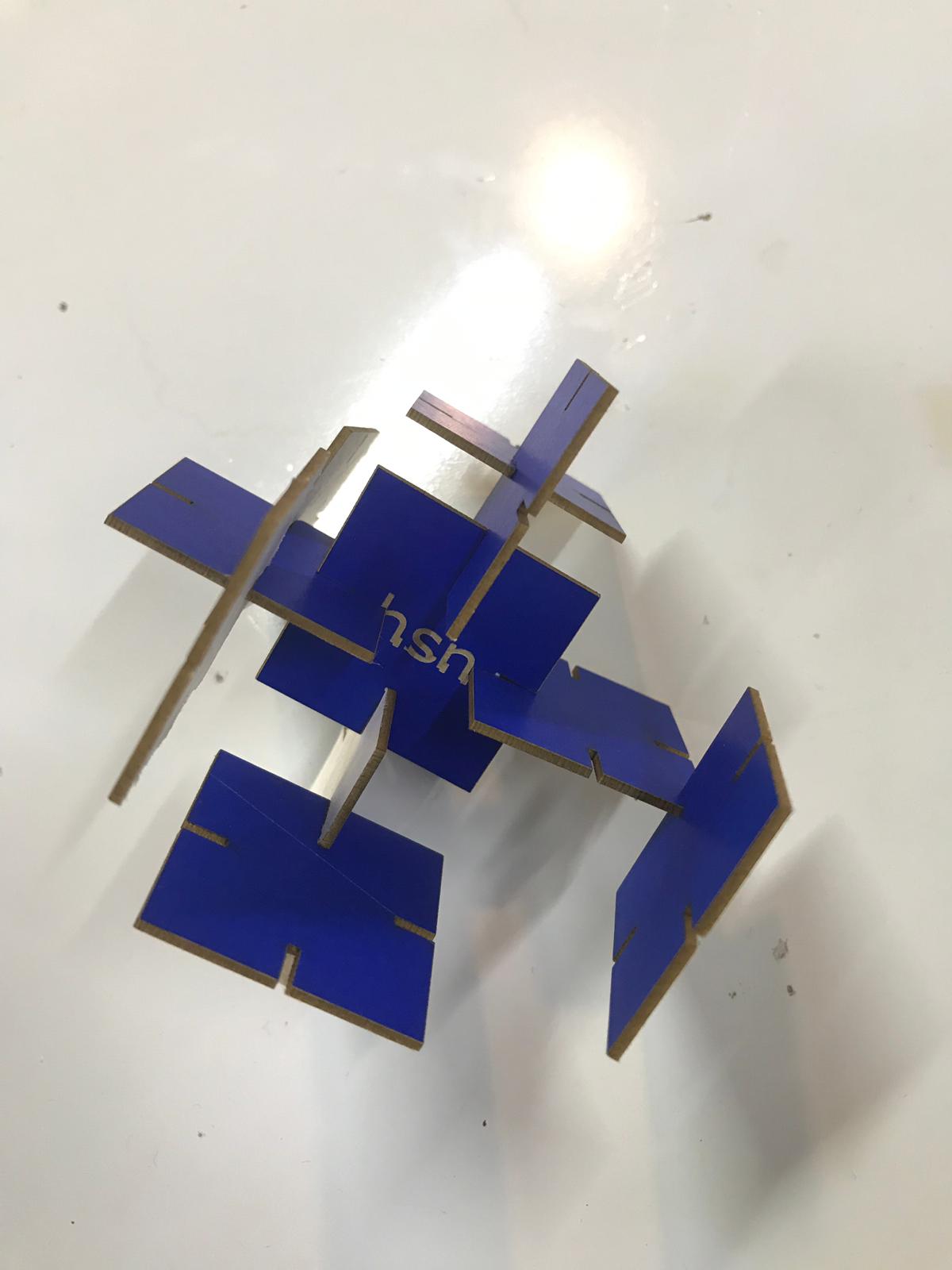 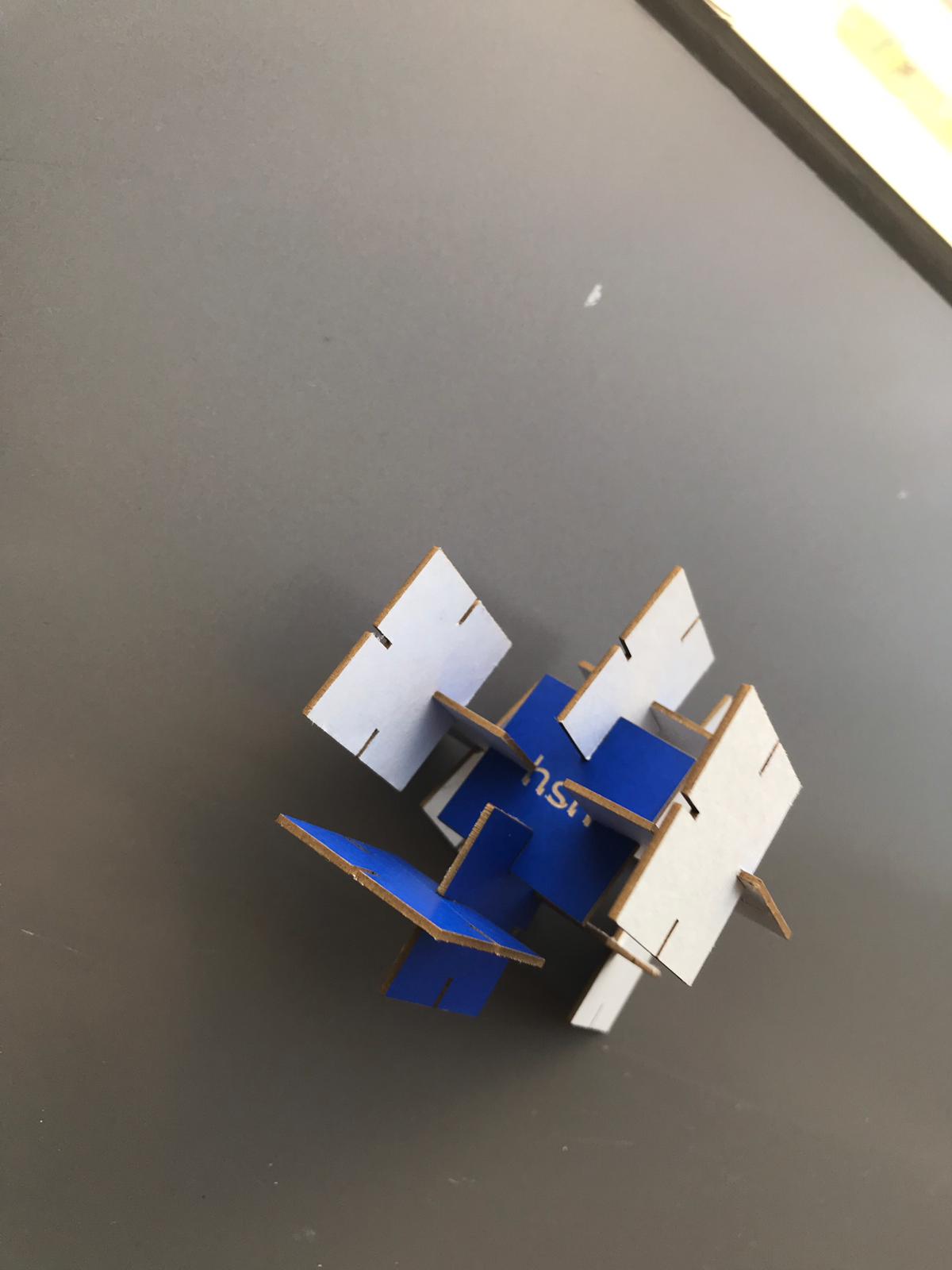 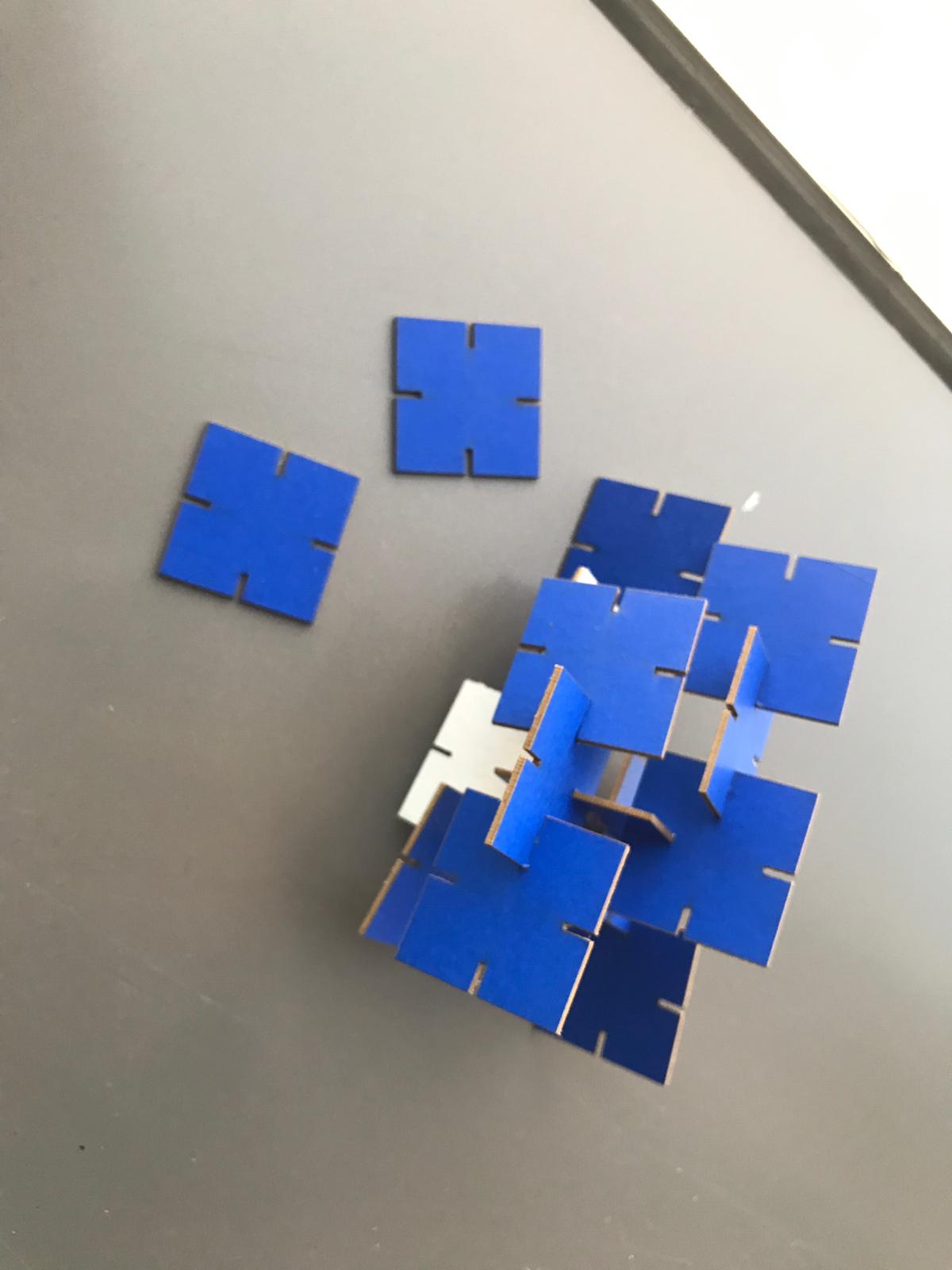